How does adding a current source and extra resistor to source follower improve its performance?

This question is similar to FET - Source follower utilizing current source to lower voltage offset, although I do not entirely understand the explanations, which is why I am posting my own question.

As part of an electronics lab, I was asked to build the following circuits.

I started with a simple follower: 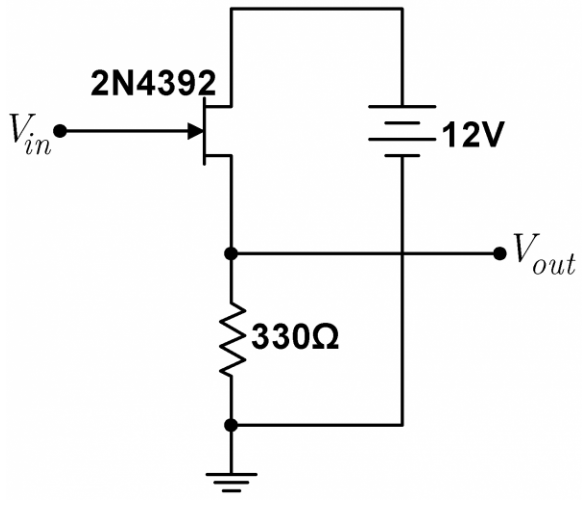 There was a constant offset from the +12V DC power supply, which makes sense. The goals were to remove this offset and increase the follower's gain. First, we were told to replace the source resistor with a current source: 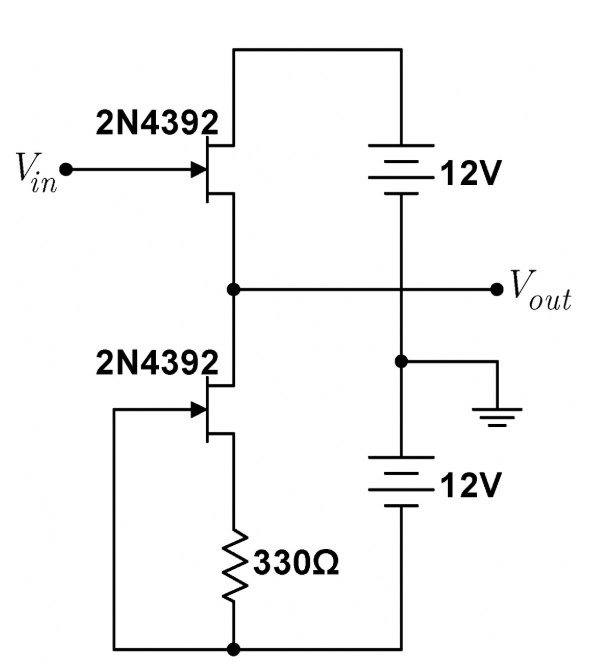 This is only half the story. We also had to remove the offset. To do so, we added another source resistor to the upper leg of the circuit: 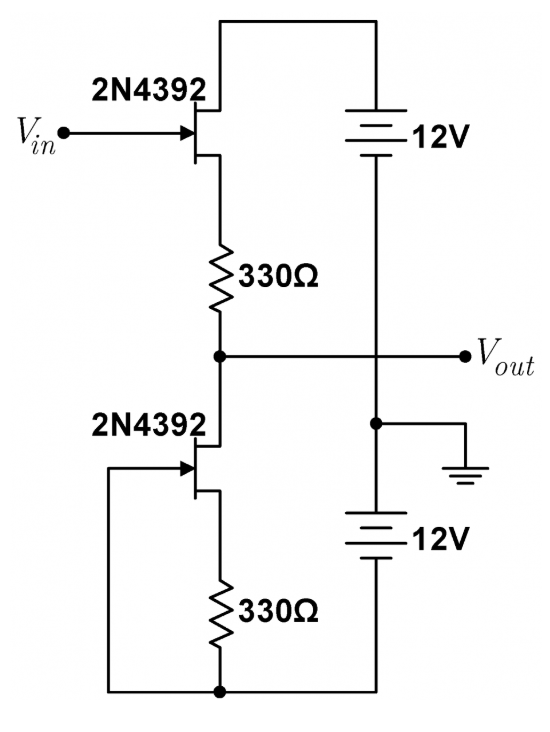 Now we have identical resistors above and below where we're measuring the output voltage. This is starting to look like a voltage divider. I was talking to one of the TAs in lab and he agreed that the voltage divider helps remove the +12V DC offset, although I'm not entirely sure why. Horowitz & Hill actually gives this exact scenario, and this is what they show: 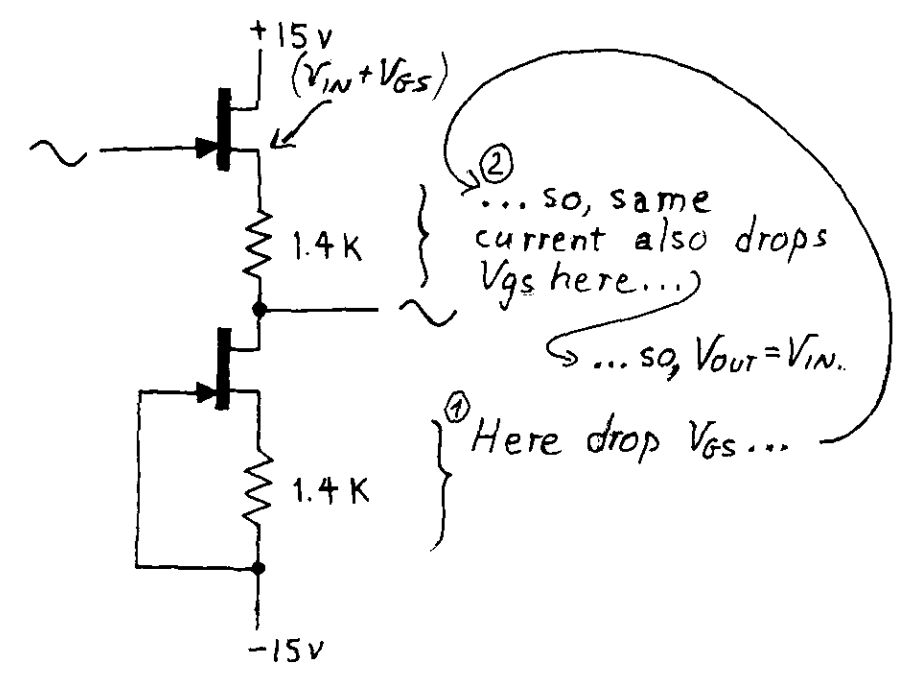 In the other post I linked above, the reasoning (as I understand it) was that as 𝑉𝐼𝑁 increases, a negative voltage grows across the JFET. How even much Vin increases is however much the negative voltage the JFET acquires. This causes the equivalent voltage drop across the upper resistor, so 𝑉𝐼𝑁 in will go down by the same value of 𝑉𝐺𝑆 that it went up. 𝑉𝐺𝑆 is also equivalent to the voltage drop across the bottom resistor. Mathematically, this is:

I'm not entirely understanding this math and how it follows what I wrote out above. I know that to remove the offset, we want 𝑉𝑂𝑈𝑇 = 𝑉𝐼𝑁, but I don't understand how what I wrote above actually amounts to this. So 𝑉𝐼𝑁 goes up by 𝑉𝐺𝑆 and we have 𝑉𝐼𝑁 + 𝑉𝐺𝑆. Then it goes down by the same amount from the bottom resistor and then down by the same amount again from the bottom resistor. How does this effectively cancel out? Also, Horowitz & Hill says something similar: we start with 𝑉𝐼𝑁 + 𝑉𝐺𝑆 and drop by two 𝑉𝐺𝑆. Again, how would this cancel to 𝑉𝑂𝑈𝑇 = 𝑉𝐼𝑁?

Thank you for helping me understand this.

The current through the bottom resistor is set by the cut-off voltage of the bottom FET.

If the bottom FET is similar enough to the top FET, and the current through the Vout terminal is small, then the voltage offset will be cancelled.

In the 2nd circuit, the lower FET can act as a constant current sink. This keeps the VGS of the upper FET constant, thus, a change in VIN is reflected nearly precisely in VOUT.

This is not perfect -- both JFETS have an output impedance (==> VDS has some slight affect on the VGS needed to run a certain current). In addition, and loading on the output will also change the VGS of the upper FET. The net result is that the gain will never reach precisely 1.00, but will always be slightly less -- perhaps 0.9 or so.

The answer to your question is a combination of the two previous answers by @Jansen and @jp314.

In the first diagram you have a voltage follower where the DC offset (Vgs) between the input and output is a function of the current flowing through the 330 ohm resistor. You could take a look at the graphs on data sheet for the 2N4392 to see how this could vary. Clearly as the input signal is increased in magnitude there is more variation in voltage across the resistor and therefore Vgs will vary as the current through the resistor changes.

This could be improved by increasing the 330 ohm resistor to a larger value i.e. smaller variations in current leading to smaller changes in Vgs. However a better solution is to replace the resistor with a constant current sink (per the second diagram) which acts like a "very high/infinite" resistance, that is the current is held steady at a fixed value regardless of the voltage at the output. If the current is fixed then clearly Vgs is fixed.

The final solution to eliminate the DC offset i.e. set Vgs to zero is based on the idea of programming the current with a second identical device (you will see this concept used again and again in Horowitz and Hill). Basically if we set the current up with a specific offset (Vgs) then any other (identical) device passing the same current (in series) will have the same offset. In our case the voltage drop across the top resistor is programmed by the current through the same value resistance in the bottom creating a situation where the Vgs drop is exactly compensated and the DC bias is removed.

This voltage programming technique is particularly powerful in IC design where identical transistors experiencing an identical set of conditions e.g. temperature are available to work in concert.

It is amazing how such a simple and intuitive idea is difficult to understand and it periodically raises all these questions. This made me write this detailed answer to reveal the philosophy behind the specific implementation. 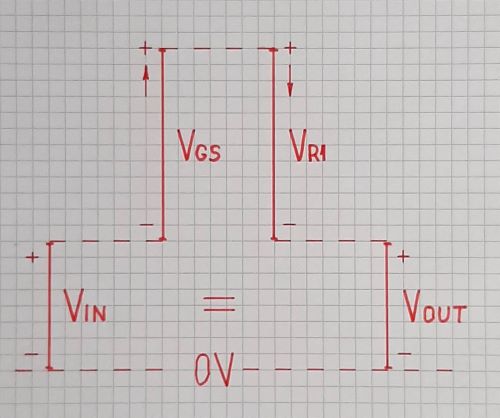 Fig. 1. The idea of VGS compensation (a geometrical interpretation)

This ingenious circuit solution is a "cocktail" of famous circuit concepts. Let's investigate what they are and how they are implemented in the OP's circuit.

The lower JFET M2 is connected in another circuit with negative feedback known as constant-current diode. It creates a voltage drop across a constant resistor RE2; then compares this voltage with its threshold voltage Vth and changes its drain current until makes them equal. As a result, M2 keeps its drain current (almost) constant and the circuit behaves as a constant current source (more precisely, sink).

Current biasing. Thus M1 is biased from the side of the source by directly setting its drain current. This is possible because of the negative feedback that "reverses" the M1 behavior (as though its drain current controls the gate-source voltage). Let's see how.

The current sink M2 "pulls down" the M1 source thus trying to draw its desired current from it. VGS1 decreases and M1 reacts to this intervention by increasing its drain current until it becomes equal to the desired M1 current. This creates the illusion that the drain current controls the gate-source voltage.

Dynamic load. This circuit has extremely high open-loop gain (gm x Rdyn) because of the extremely high differential resistance of the dynamic resistor in the source (aka 'current source'). We can see two cascaded stages - a 'voltage-to-current converter' (the transconductance gm) and a 'current-to-voltage converter' (the dynamic resistor in the emitter aka 'dynamic load'), that form a 'voltage amplifier'. As a result, the closed-loop gain is almost 1 (perfect follower).

Passive compensation. The idea of ​​this old technique is to compensate for a disturbance by an equivalent "anti-disturbance". It is not only a circuit idea; it can be seen all around us. In the specific OP's circuit this means to compensate for the voltage VGS by an "anti-voltage" -VGS (Fig. 2). 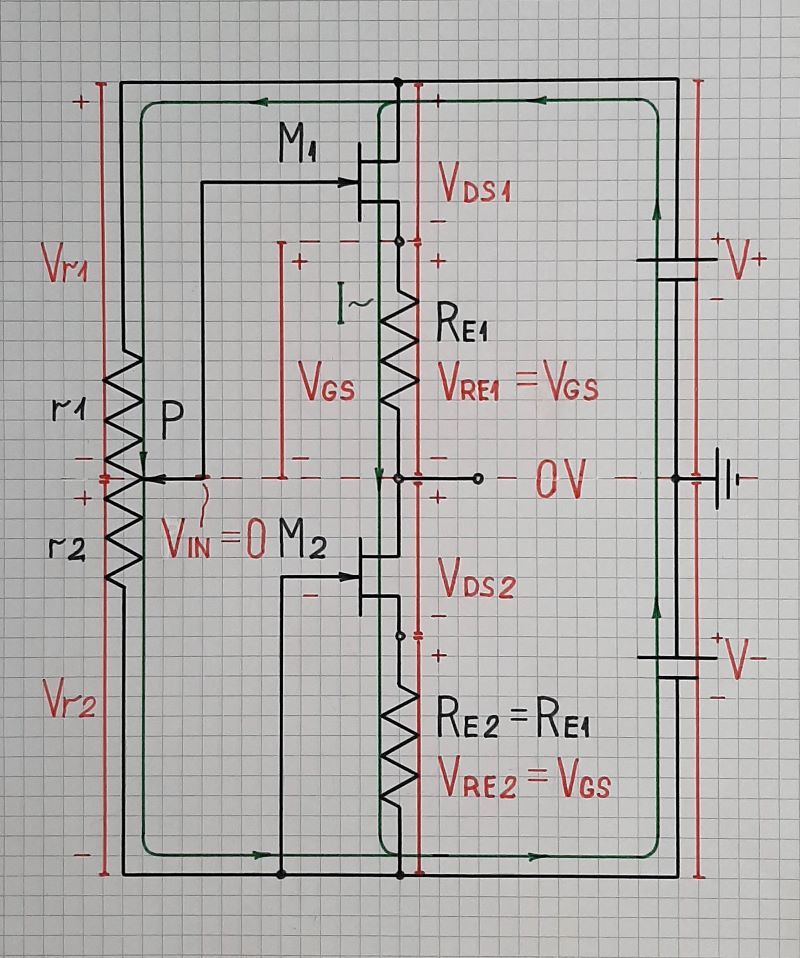 Fig. 2. The circuit operation is visualized by voltage bars in red and current loops in green (a geometrical interpretation).

The input voltage is obtained by the potentiometer P connected between the supply rails. For simplicity, the case when VIN = 0 V (the wiper is in the middle) is shown. As a result of the voltage compensation, the output voltage is VOUT = VIN = 0 V. Let's see how this is achieved.

Voltage shifting. What is special here is that the output (source) voltage is "lifted" with VGS above the input (gate) voltage... and we have to "lower" it back down with VGS. In contrast, in most circuits of voltage followers VOUT < VIN, and there we have to "lift" the output voltage with VGS.

This technique is known as "voltage shifting". It is used for the first time by Widlar when designing 702 op-amp. Since the "shifting" voltage is "floating, it is created by passing constant current through a constant resistor. Thus the voltage drop across the resistor stays constant when the input voltage varies.

To implement this idea, the resistor Re1 is inserted in the M1 source. The current I produced by M2 creates a voltage drop VRe1 = I.Re1 = VGS across it that is subtracted from VOUT (you can think of Re1 as an opposing "battery" with voltage VGS). As a result of this compensation, VOUT = VIN... and the circuit acts as a perfect voltage follower.

I hope that my story about this amazing circuit of a source follower with dynamic load will increase your interest in even more sophisticated analog circuits...

Not the answer you're looking for? Browse other questions tagged transistors voltage-divider current-source jfet source-follower or ask your own question.