I have MPPSolar PCM5048 MPPT which is connected between the solar panels and the batteries. It was working well until yesterday as a sudden it reads negative amps on the battery current. it keeps changing values between (-0.5 to -4 amps at 8 am. while this read should be the same but positive).

Note: I get the negative read on the Battery Current display

MPPT IN and OUT reads:

note: these reads at 8 am while the inverter is off. "no loads on the battery bank"

1- I switched off the power inverter to make sure there is no load on the batteries. the result was getting a read between (-6 and -10 amps).

2- I switched off the breaker between the MPPT and the batteries. The result was getting a read between (-18 and -22 amps).

3- I unplugged the batteries and turned off the breaker between the panels and the MPPT and let them for 6 hours. the result was the batteries voltage was 13.1v each. (the batteries are in a good condition)

4- I re-plugged the batteries and switched on the breaker and the problem still the same. 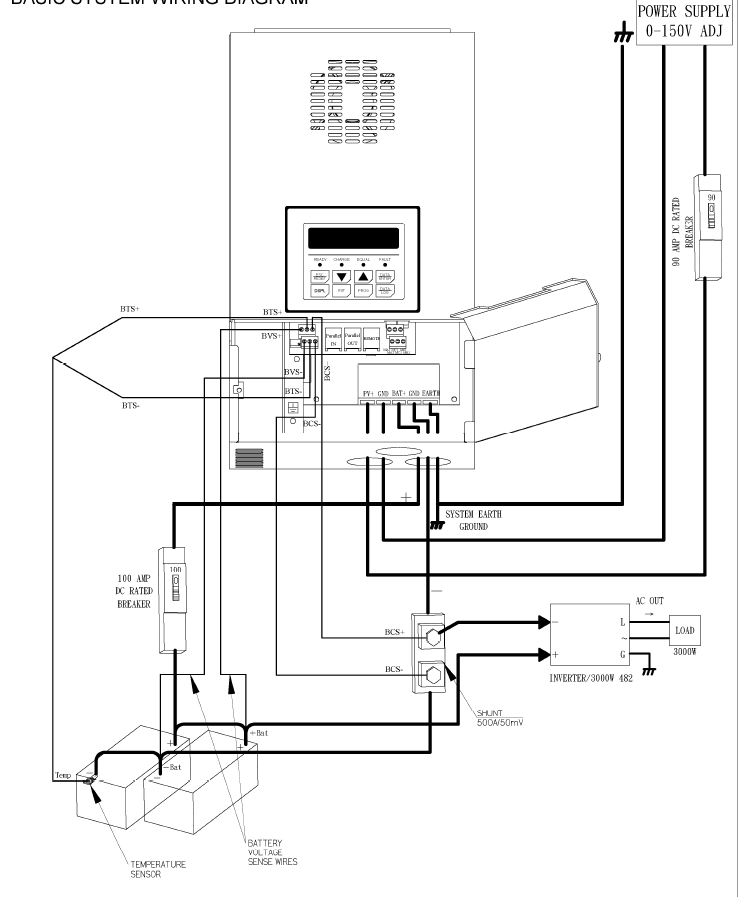 I have found the solution for my case.

Note: This is for my case only.

I just disconnected the earth wire from the power inverter (that's because I found that the MPPT is grounded) and connected the inverter to the battery bank. That seems to solve the problem I had.

Not the answer you're looking for? Browse other questions tagged solar-cell solar-charge-controller mppt or ask your own question.

0
MPPT for fixed DC use, or charging multiple independant batteries at once?
0
How to reduce VOC of solar panels to match the MPPT of inverter
0
MPPT display voltage vs actual battery level
0
MPPT solar charger for Lead Acid Battery
1
Solar Panel Not Charging Batteries in Series
1
Limit MPPT solar charger output voltage
1
Some questions about the CN3722 solar charging IC and its MPPT setting
0
PWM and MPPT charge controller on same solar panels