I'm having problem with triac handling. The plan is to use it to drive traffic light signals. The trigger is fine, but I want to use the hold current as a burnt bulb detector. Meaning, if the current goes under the holding threshold (ie: the bulb's filament is burned), the triac should go off.

What I don't understand, is why the triac doesn't go off after the pulse, even if the triac's output is completely open (disconnected). From my understanding, if there is not current flowing between A1 and A2, the triac should go off. The yellow line is the gate pulse, the blue line is the output of the U5 opto. 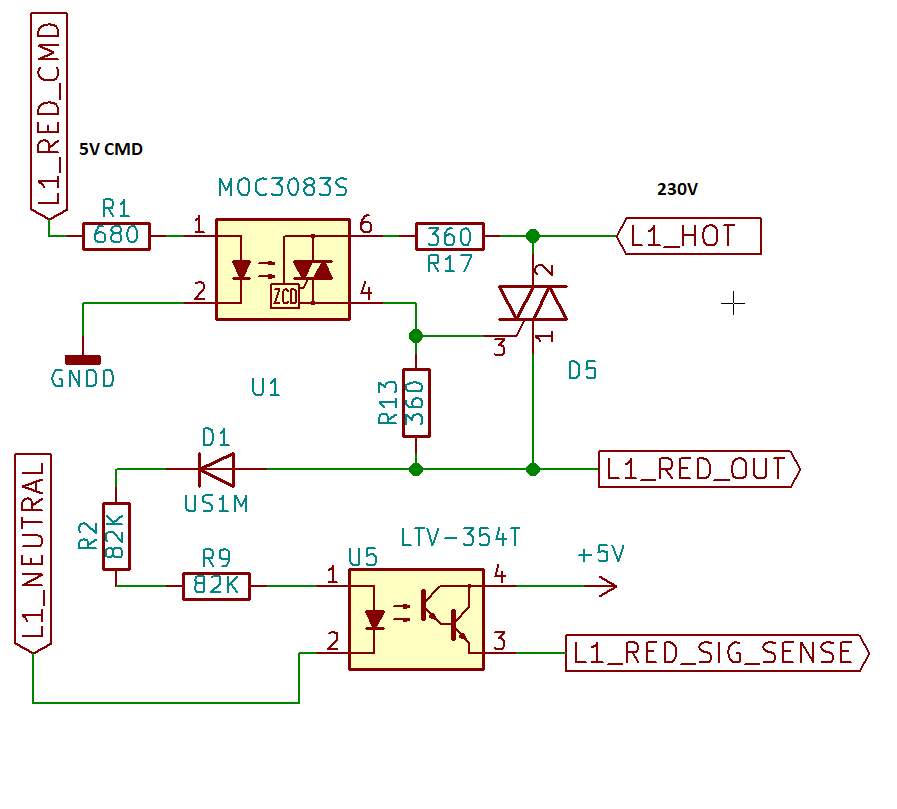 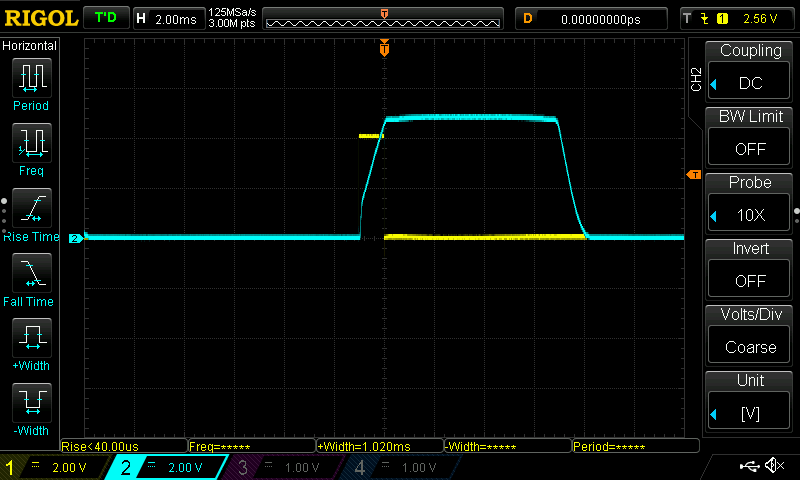 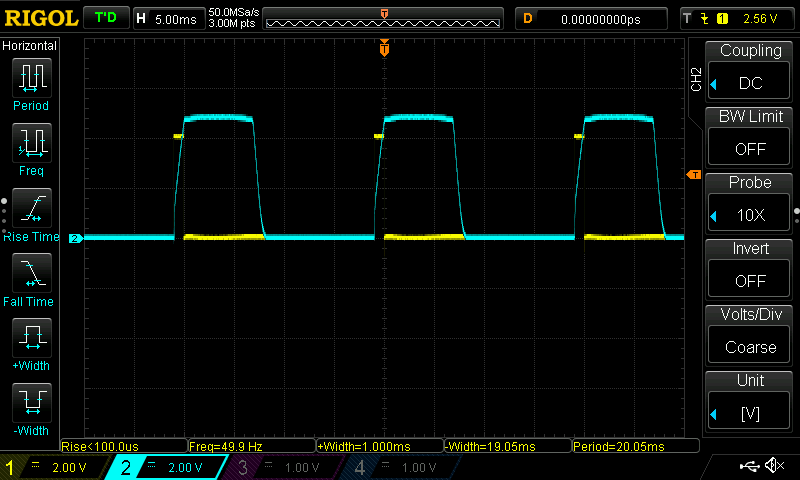 The opto-triac has a very low holding current. It's likely that you're getting enough leakage through U1 and R13.

I note that you seem to be triggering only every second half-cycle.

Now, what exactly is a Holding Current on a opto-triac?

Basic triac theory tells us that once triggered an SCR (silicon controlled rectifier) - of which the triac is a bi-directional type - will remain on until the current through it falls below the holding or hold-on value. We use this feature on AC dimmer circuits, etc., to our advantage by giving a short pulse to the triac gate when we want to turn it on and let it turn itself off at the next zero-cross.

Figure 1. The upper trace shows the trigger delayed close to the end of the cycle. The resultant effective voltage is low. The lower trace shows the trigger close to the start of the cycle. This will result in close to full voltage. The relationship between phase angle delay and resultant RMS voltage is graphed on the right. Source: Opto-triacs, solid-state relays (SSR), zero-cross and how they work,

For larger triacs the holding current might be 50 mA or so. (It's a long time since I've checked.) For your teeny opto-triac it's only 0.25 mA. Since U5's opto-LED will draw more than that it holds the triac of U1 on once triggered until the next zero-cross. The linked article (by me) may be worth reading.

But I'm lost now, how can I achieve the burnt bulb detection?

Not the answer you're looking for? Browse other questions tagged opto-isolator triac or ask your own question.