I have 4 strain gauge load cell to calaculate actual weight.I want to use summing method for 4 output signals. I searched at internet for summing box schematic I found this pic Now if V1 , V2 , V3 , V4 are the output signals for each load cell Why connecting them in parallel like that will make the resulting volt = (V1+V2+V3+V4)/4. ?

I have also found many documents related to Junction Box or Summing Box for load cells that state that connecting the bridges in parallel is the way for averaging the signals, but I found no one that provided an explanation of the working principle for this.

Motivated by what Phil G pointed about using Thevenin equivalent circuit and as I found some authors that also suggest the same as this link, I decided to follow the suggested path for the following full-bridge circuit: 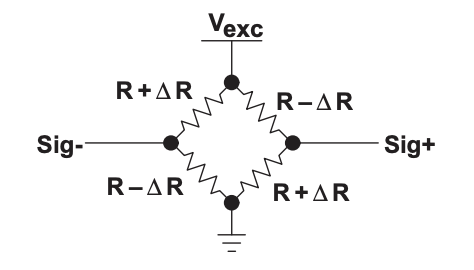 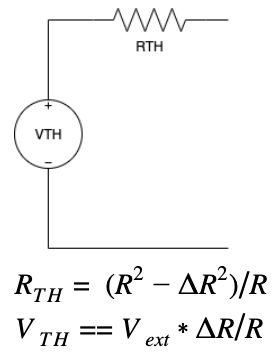 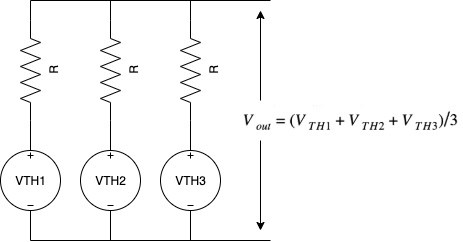 As a final result we have that Vout=Vext*(ΔR1+ΔR2+ΔR3)/(3*R), which reflects the relationship between the output and the average of the ΔRs from all the bridges.

Not the answer you're looking for? Browse other questions tagged load-cell or ask your own question.