How does conduction angle through a bridge rectifier affects generator performance (vibrations, etc.)?

You'd have some capacitance in front of the DC-DC converter (e.g. it may be needed for stability). In this case the classical conduction angle issue of bridge rectifiers emerge, especially if the capacitance is large, and this setup specifically exacerbates this:

I've made a simulation of what happens electrically: 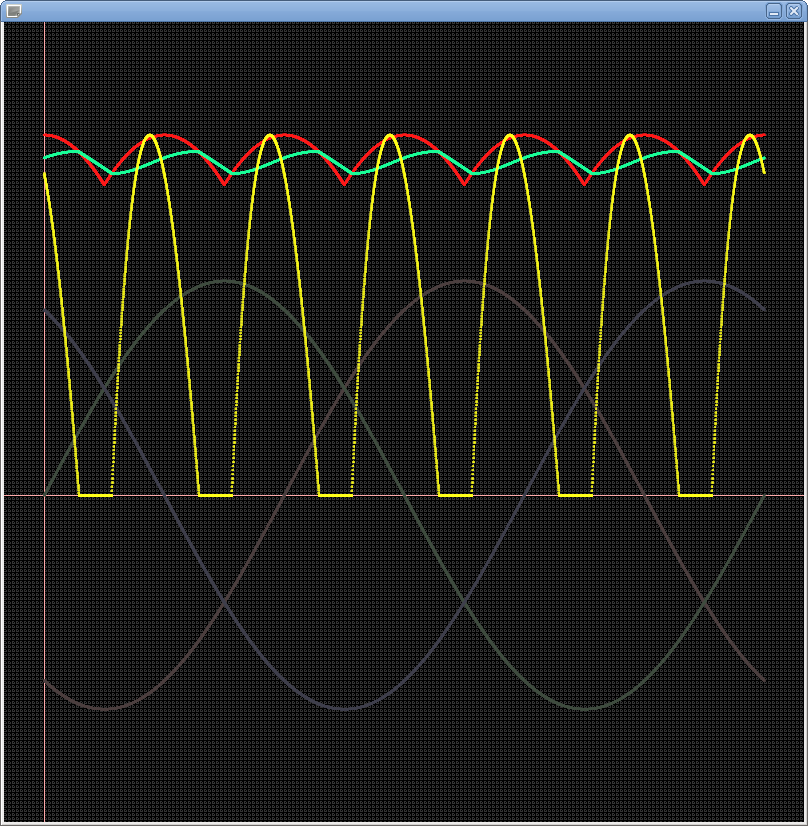 I'm simulating winding resistance and cap ESR, but not winding inductance. Values taken from a specific application I was considering.

Concern about the harmonic content in the generator load current is well founded, but the severity of the end effects will be difficult to quantify. Your simulation needs to include all of the inductance in the circuit. You should also investigate the effect of adding inductance. In addition to torque pulsations, you should consider losses in the generator due to harmonic content.

Not the answer you're looking for? Browse other questions tagged generator bridge-rectifier electro-mechanical or ask your own question.

2
Improving an existing half wave rectifier circuit on generator
0
Continuous charging and varying load on 48v AGM - Will an ESC work with a battery that is being charged?
8
diodes blow with no load on full wave bridge rectifier
0
How to calculate resistor needed between generator and bridge rectifier?
1
What is the Best Way to Reduce High Power Three Phase Rectifier Ripple?
1
Hand crank voltage spike
0
Rectified 230VAC to 24VDC