I'm a beginner in electronics and not really my field, but I have a dead network switch (Unifi US-24-250W) which, from what I found, tends to have defective PSUs. The PSU on mine seems to be working though, the led on it is on and all the rails (24v and 48v for POE on secondary board, and main board connector) are bringing the right voltage. Everything else, from the status led, to all the port leds, which are supposed to do a pattern when turning on, are dead.

No obvious signs of what could be the culprit, no burn markings or blown caps. The only thing I found is an inductor, near the main processor, that gets hot enough to be uncomfortable to touch rather quickly. Looking on the internet I found about flyback diodes and it seems that a diode is shorted near it. I can't identify the diode but I think is probably something like this: https://www.diodes.com/assets/Datasheets/ds13004.pdf

The markings on it are:

and I wasn't able to find the exact specs online. Here is a picture, sorry if it's not very readable 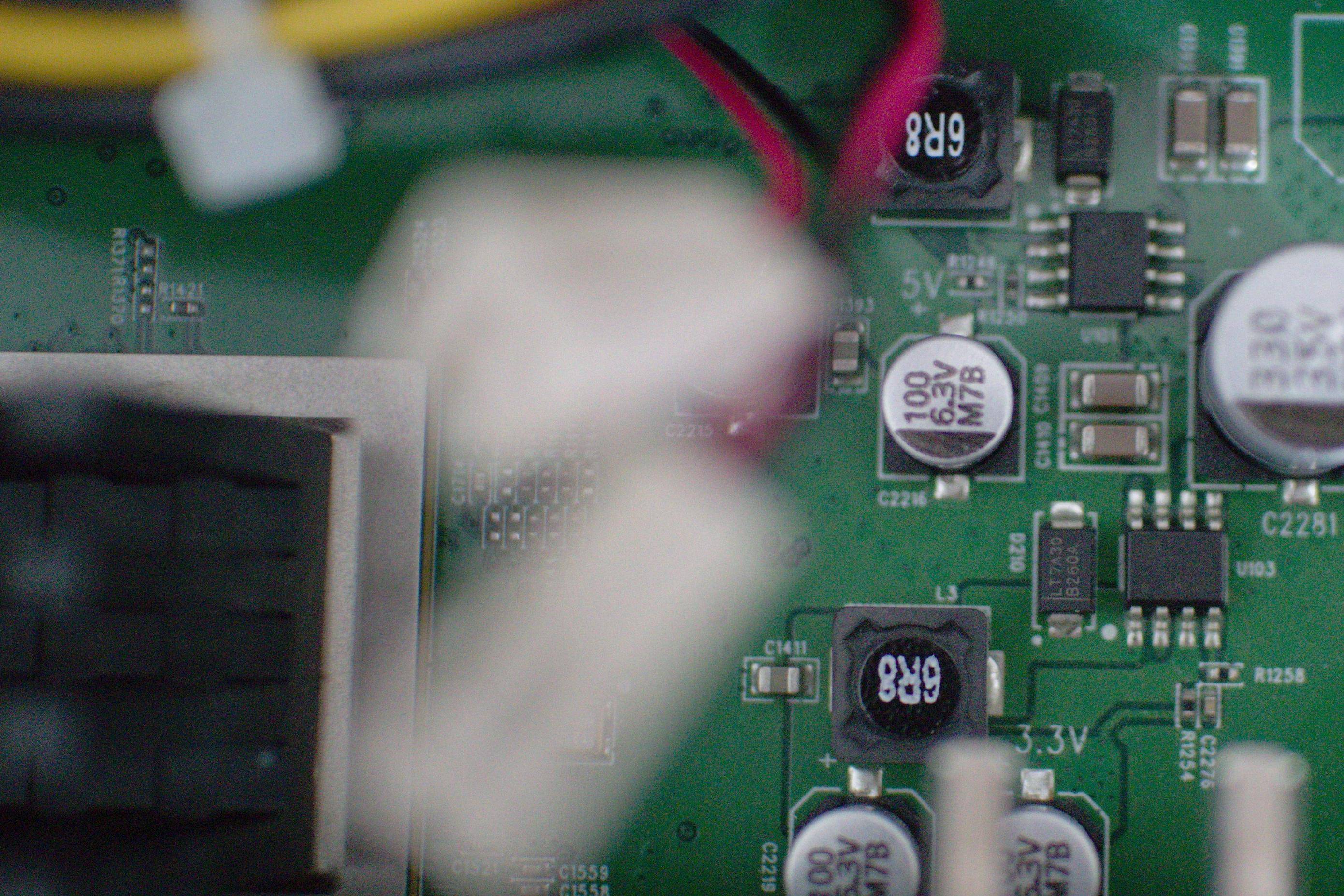 It's just under the middle of the picture, what's on the left is the main processor with its heatsink. I have not desoldered it yet because I don't have a replacement on hand, but in the upper section of the board you can see an identical inductor that doesn't get nearly as hot, and a resistor that doesn't look shorted both ways with the multimeter.

Could this be the cause of the issue? There is a slight coil whine from another part of the board which I wasn't really able to identify but nothing hot nor blown there. Can add pictures if required, the board is the same as in https://youtu.be/0_t1-uP4Q8Y?t=56 but in the video the PSU was at fault

U103, the IC near the probably-dead diode is an AEOSMD with markings:

Here is the datasheet

The diode appears to be a B260A schottky diode. It is rated for 2 amperes and 60 volts peak reverse voltage.

You need to remove it from the circuit and test it. You can't reliably check parts in circuit.

It is possible that the short is in another part. As it is built, either the IC itself could be shorted, or there could be a short else where on the board.

To figure out what is broken, do this:

You describe the inductor as getting hot. That could mean the short is somewhere else. If the chip were shorted or the diode were shorted then there'd be no current flow through the inductor, so it wouldn't get hot.

I almost expect you'll find the diode and the chip OK and that the problem is elsewhere.

Not the answer you're looking for? Browse other questions tagged diodes identification troubleshooting or ask your own question.

1
Help identifying diode
3
What is the purpose of the diodes on a Samsung LED TV backlight bar
1
Can anybody identify this SiTel IC
3
Identifying SMD component 22P W8
2
What is this component? Marked R5
2
CMOS coin battery drained out in 5min even without the BIOS IC