I have a transformer with four taps and I use two relays to switch between them:

When both relays are energized, they consume ~60 mA which really is a waste. I want to switch between taps of transformer with something that draws less current.

I was thinking to use four logic-level mosfets but mosfets have an internal diode which will do unwanted half bridge rectification...

What options do I have other than relays and mosfet to switch between taps of transformer?

12 V Relays are on the secondary side of transformer, relays and controller (MCU) are powered from another winding of same transformer which is independent from this four tap winding.

You may use magnetic latch relays which require only a short pulse to set or reset. 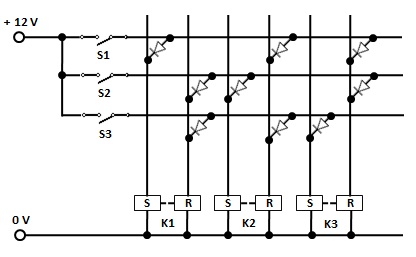 Freewheeling diodes for the relay coils and LED indicators are not shown.

Not the answer you're looking for? Browse other questions tagged switches transformer or ask your own question.