digital attenuator/crossfader, how does it work

This is a schematic I extracted from the circuit of a large audio effect unit. This portion should be a digital-attenuator/crossfader between two audio sources.

In the front panel, there is a DRY/WET balance potentiometer that controls this section (not directly, but through a ADC+microcontroller that then feeds those CD4053 switches using 5 bits).

Also, not shown in the schematic, there is a simple inverting opamp used as unity gain mixer for DRY-OUT and WET-OUT signals.

At first look I thought it was pretty simple, the switches/resistors are arranged as a R2R ladder, so I understand how each signal gets attenuated..

but then I noticed two things:

2) how could this work as a crossfader between the two signals, if they share the same control bits on the same arrangement? This way the two signals would get attenuated at the same time, while I would expect that as one signal gets attenuated, the other would get boosted, and to get that you would need to rearrange the circuit around one pair of CD4053. Am I wrong?

I should note that I traced and checked (more than twice) this schematic from the actual unit, so there should be no errors..

obviously I am missing something 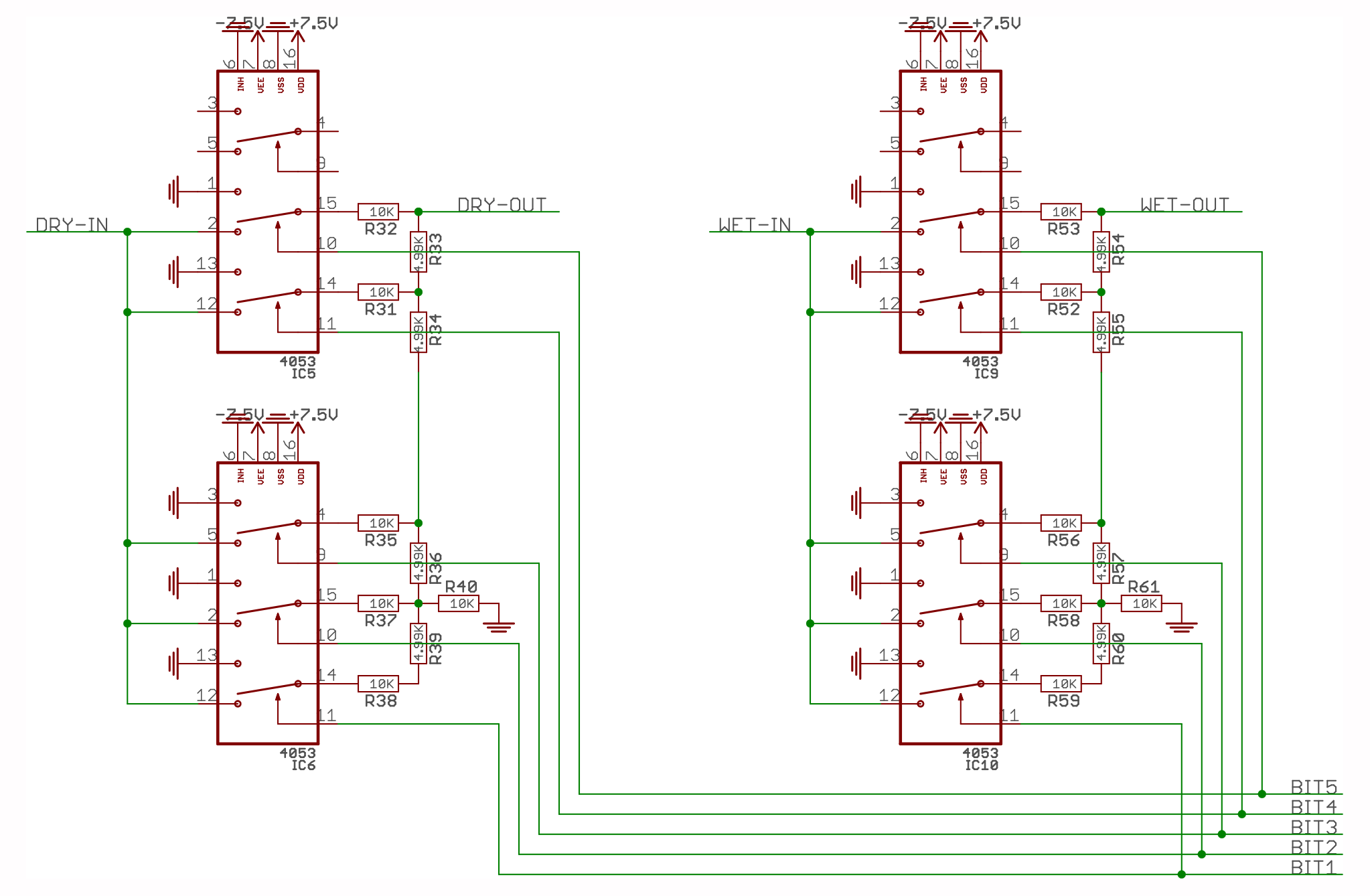 Browse other questions tagged cd4053 or ask your own question.