How do I wire up a 2.3-3 V LED to a 12 V car battery that can have a variable voltage depending if the engine is running or not?

I am making a wireless switch for my car tyre inflator. I have a basic hand-drawn sketch of what I intend to wire up.

Basically, it will be a box with an 50 amp Anderson plug for input (right hand side) and the same on the output (left hand side) but also two terminals for alligator clamps. The pump I have is rated at 45 amps max, so I need some decent wiring and a high current relay - in this case I have a 75 amp one.

The output is fused 50 amps. I have ordered a 12 V wireless switch/relay that can only handle 10 amps, so it is tasked to activate the 75 amp relay. So far so good. You can see the diagram below. (Typo: NO and NC should be swapped around on the wireless relay) 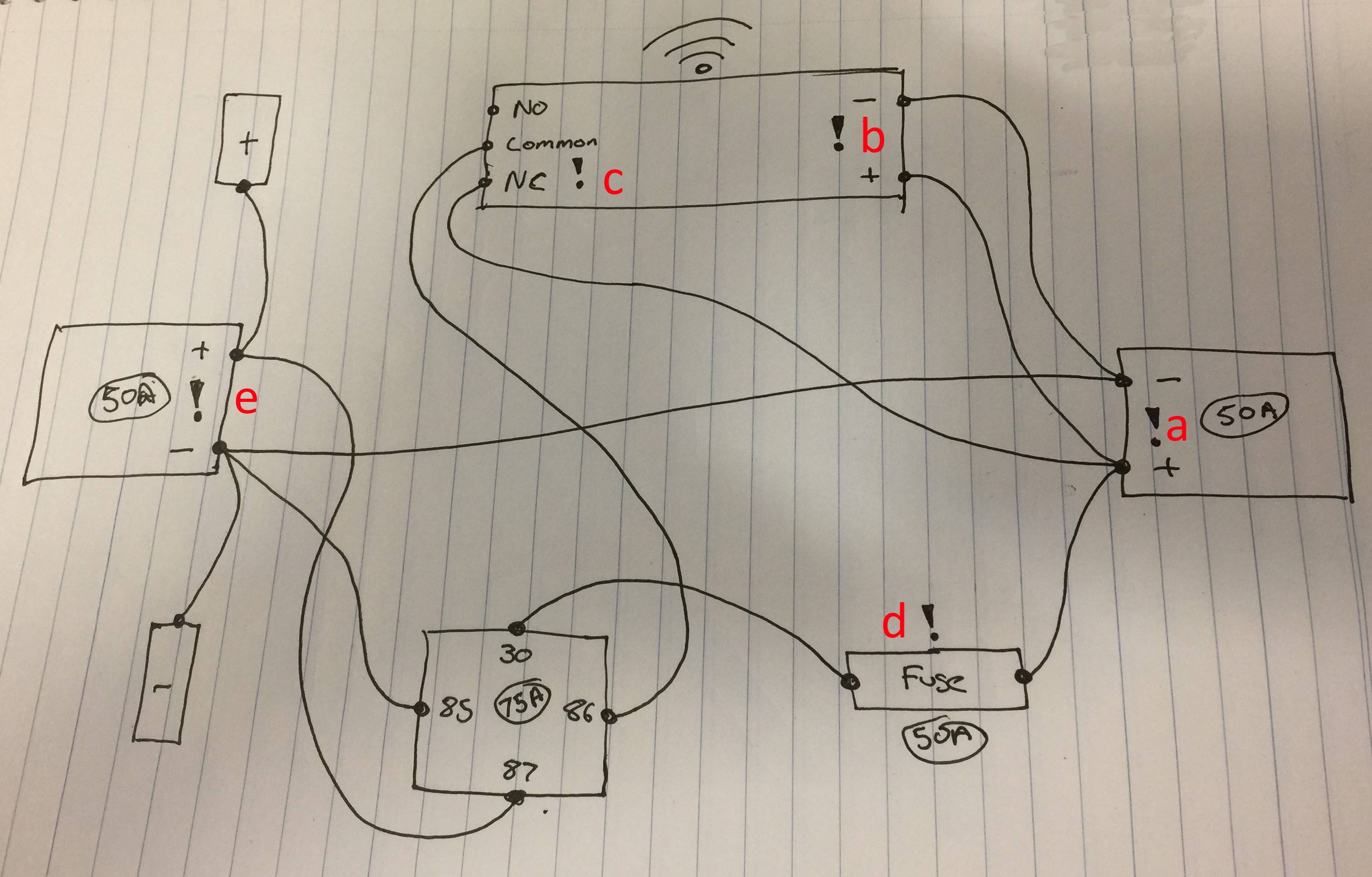 What I want to do is add some LEDs to give me basic trouble shooting information, if any issues happen.

Simple enough I thought, until I looked at how to calculate the resistors needed so not to destroy the LEDs. Ohm's law calculations are straight forward, but the problem I have is the voltage from the battery is variable. i.e with the engine off and battery fully charged, the voltage is around 12.6 V. But when the engine is running, the voltage can go up to 14.7 V.

Thinking about it some more, I realise I have a second problem. Example, LED (B) - I can't put the LED inline because the LED will have a resistor to limit current to 20 mA and voltage to 2.3 V, but the wireless relay needs 12 V.

So my question has two parts:

I do have a third related question:

LEDs are very tolerant of variation in current. I would choose a resistor value that will limit the LED current to 10 mA or less with a 14 Volt supply. The LED should still produce sufficient light when the voltage drops to 12 V. Many LEDs will produce reasonable light with only 1 - 2 mA.

If you put an LED and resistor in parallel with a fuse or switch, it will light when the fuse blows or the switch is open, but will only allow a few mA to flow.

D1 is the "Power On" LED, and will light whenever power is applied to the motor.

D2 is the "Blown Fuse" indicator. It will light if the fuse is blown and the switch is on

Not the answer you're looking for? Browse other questions tagged led wiring 12v or ask your own question.

2
Transistor With No Voltage to Base
0
Normally closed SSR won't work with grounding out a magneto's primary to ground
2
Solenoid Valve blowing power LED - how can i protect the LED?
1
A circuit to fade-in and -out LEDs (DRLs) only when the car engine is running?
1
Solid State Flasher controlling other Relays
2
LED indicator - How to show 'on' when circuit is open
0
How to remove flickering on car-powered LEDs?
1
Help me understand my campervan split charge relay
0
Ws2812b circuit safety with 5V 12A
0
How to control a 12V relay from variable voltage source of a LED?