Why is the resistance on my PCB low?

I am designing a PCB for a LED, photodetector (several different tried), TIA (OPA380), and linear regulator (LT3042 to reduce noise). It's on FR4 from OSHPark. When the LED is on the photodetector's current is converted by the TIA to a voltage. The TIA has a feedback resistor of 10M because the current is tiny in this application. I noticed the voltage I was getting out in my test was lower than anticipated (maybe 1/10). I checked the feedback resistance of the whole circuit, and found only 500k, so I took it apart. When I checked the resistance of the plane board with my ohm meter, it reads out of range high (good). When I check the resistance of the feedback resistor, it reads 10M (good). When I check the open resistance between the out and inv input of the opamp (not a sound practice, but w/e) it reads high (good). When I put the Opamp on the board, the feedback reads 500K. I scrubbed the board to the best of my abilities, checked all the pins of the opamp are spaced apart correctly (ran a blade between the pins to take out any dust), checked that my board layout is not too far away from the example... To be fair, feedback resistance measured this way isn't really correct, so it could be something else.

So far searches of the internet haven't yielded any advice on what else I should be checking. 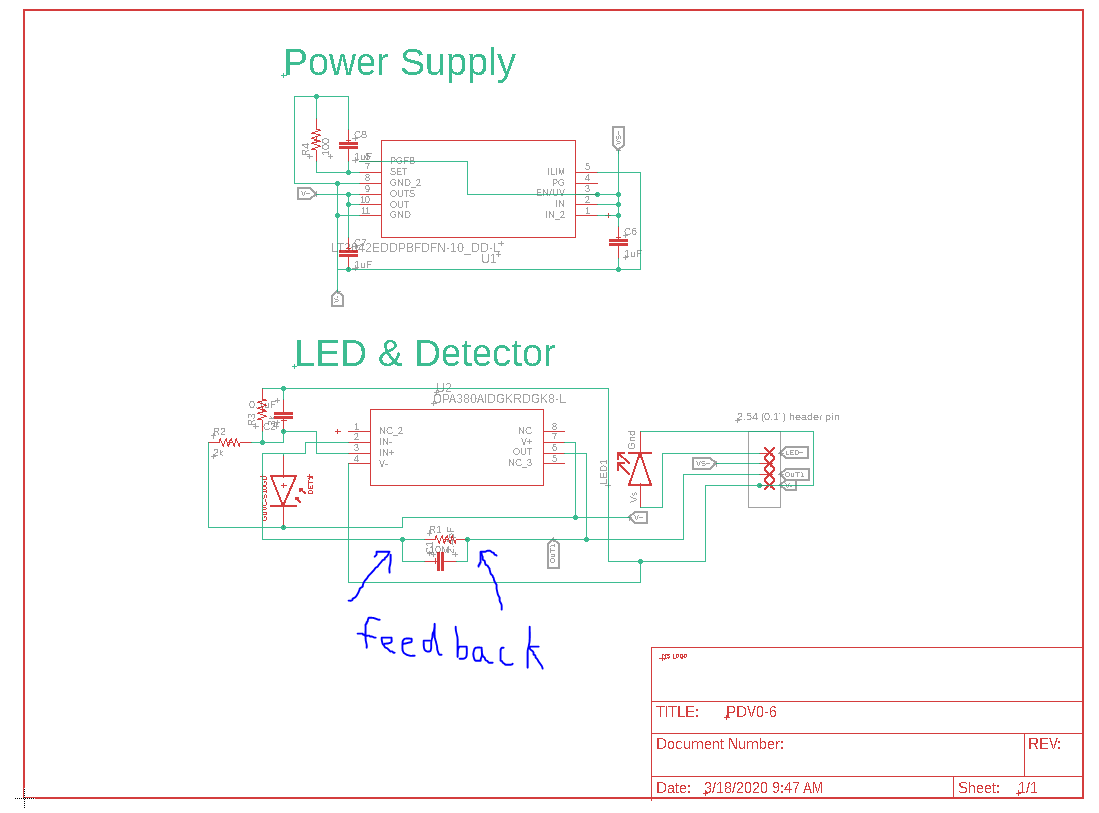 your ohmmeter may be measuring the ESD structures inside the OpAmp.

Not the answer you're looking for? Browse other questions tagged operational-amplifier pcb resistance transimpedance or ask your own question.

12
Custom PCBs... what can go wrong?
1
connecting Wheatstone bridge to pin 3 of LM324 changes voltage?
4
What is the resistance of a typical PCB?
8
Noise in op amp design or EMI?
3
eliminating those unwanted op amp[TIA] outputs
2
Timing Improvements to Silicon Photomultiplier Transimpedance Amplifier Circuit
0
Transimpedance amplifier PCB layout
3
Programmable gain Transimpedance amplifier for 4-5 decade resistance measurement using Pulse voltage/current
3
Why is my 5 pin switching headphone jack shorting out my circuit when I plug a 3.5mm phono cable into it?