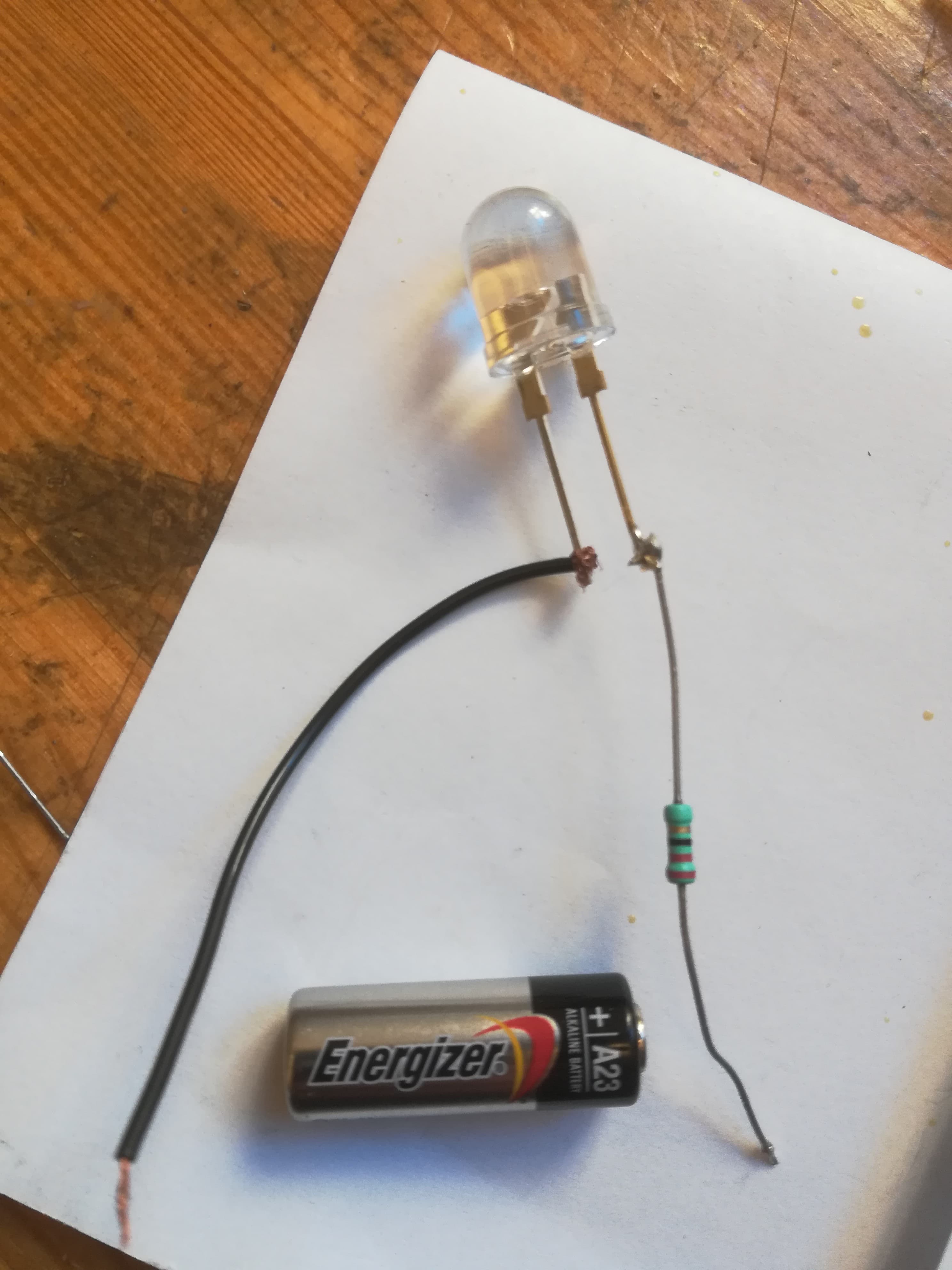 I have a problem:

The LEDs should be white, and super bright as possible, use batteries A23 12V, with a resistor (I'm using 2 MOhms,) and last for around 48 hours.

The problem is that the LEDs using this configuration, lose brightnrss after 15 seconds (maybe lose 50-60% of the brightness.)

I have tried already with 3 different kind of LEDs, always with the same result.

By the way, I used the same resistors and same batteries 2 years ago (with leds that worked,) and now I can't find LEDs that actually work.

Basically I ran out of LEDs, but now I can't find the correct leds.

-What is your recommendation? - What are the correct leds?

Characteristics of the LED I am using and fail:

Any recommendation? Sorry, Im not an expert, I am a bike mechanic. I used to produce these lamps, and they used to work.

*update: I uploaded a photo of what I am trying to do. I checked that the batteries basically die after few seconds, so I realize that the consumption is extremely high. I need new leds. But I dont know which ones. As I said before, with these batteries and resistors, hundreds of lamps have been produced in 2017 and 2019. I checked an old lamp, and it has exactly the same "set of colors" resistor, and same battery of course. So the problem is the leds. (or maybe the resistors can be the same color but be different too? I dont think that).

Here is a photo of the "official" lamp that has been produced for nearly 10 years. I dont have specifications of the original leds. They are very bright, and battery last for a loooong time. Maybe the "mcd" is lower? 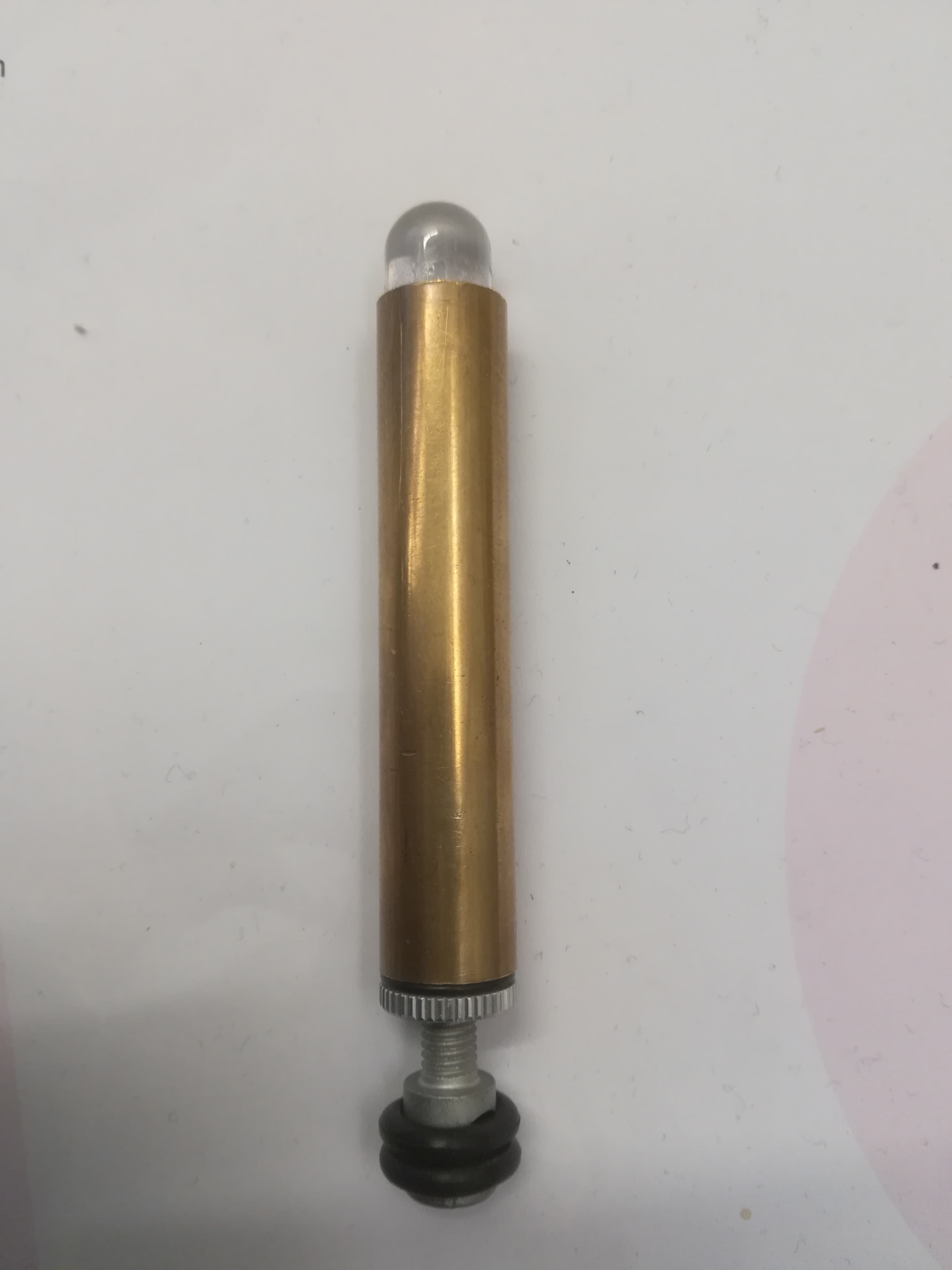 To get 48 hours out of it, according to the datasheet there, you'd better only be taking about 0.5 mA from it, which is 2.5% of the rated current of the LED.

I don't think it's the LED you need to worry about, I think you need to change the battery. (although for road use, that seems like a very low power LED too) and 2 Megohms doesn't sound right either, whatever circuit you used. Where did you get this design from?

This is because the LEDs need exactly 12V or a little bit more than 12V to be bright. After a few seconds the voltage of the battery falls a little bit and the LEDs lose their brightness. Only one volt difference can lower the brightness by 60%. You either need a battery which gives more than 12V or Leds (or serie of Leds) which need less than 12V. And then chose to current limiting resistor accordingly. (It can't be 2MOhms. Sounds like we are not talking about the same thing) Idealy the voltage of the LED should be 2V less than that of hte battery. If the difference is too big you will waste a lot of energy through the resistor.

If you put 4 x 3V leds in serie, it won't work as soon as voltage falls bellow 12V. Moreso if the leds need a bit more than 3V. My suggestion is to mount 3 x 3.3V leds in serie (calculate the resistor so that leds use 3.3V at 11V) and the difference between the voltage of the battery and the voltage of the leds will be 2V at 12V and 1V at 11V, which is acceptable. When it falls to 11V you will still have 3.3V at the Leds. you will see a decrease in brightness, but much less than 50%. Maybe 20%. The battery can keep 11V much longer than 12V.

0
LED Lighting with Arduino Mega 2560
3
calculating resistance for LED strips to use as parking lamps and turn signals
3
Improvized small aquarium lighting
27
Does LED brightness change with voltage?
1
Driving 3w leds in a car
1
Why do LEDs in simple battery circuit flash?
0
Higher brightness LED with bigger resistor to save battery life
1
Is there a way to make an LED blink using a passive circuit?