Im trying to interface a keypad button in a device with a MCU, and they need to be in different circuits, with no shared GND.

This keypad button has 5V DC when not pressed, and 0V when pressed. I want to use an optocoupler to "sense" when the button is being pressed (or released) so I can send a signal to an MCU.

But when pressing the button, the amount of current that flows is only 0.5mA. Is this current enough to "turn on" the internal led of an optocoupler, and then it switches the internal transistor?

I tried an ordinary led in series with the keypad button wiring, and although it allows current to pass and the button works, it never lights. The current in the led is even less, it's 0.32mA.

So, if an ordinary led doesn't light, would the optocoupler work?

The optocoupler I have is the 4N25. I can't find if there's a min input current in its datasheet.

If not, is there another way for me to do it?

I added a diagram of "what I wanted to happen" and "what I did for testing", to be more clear. 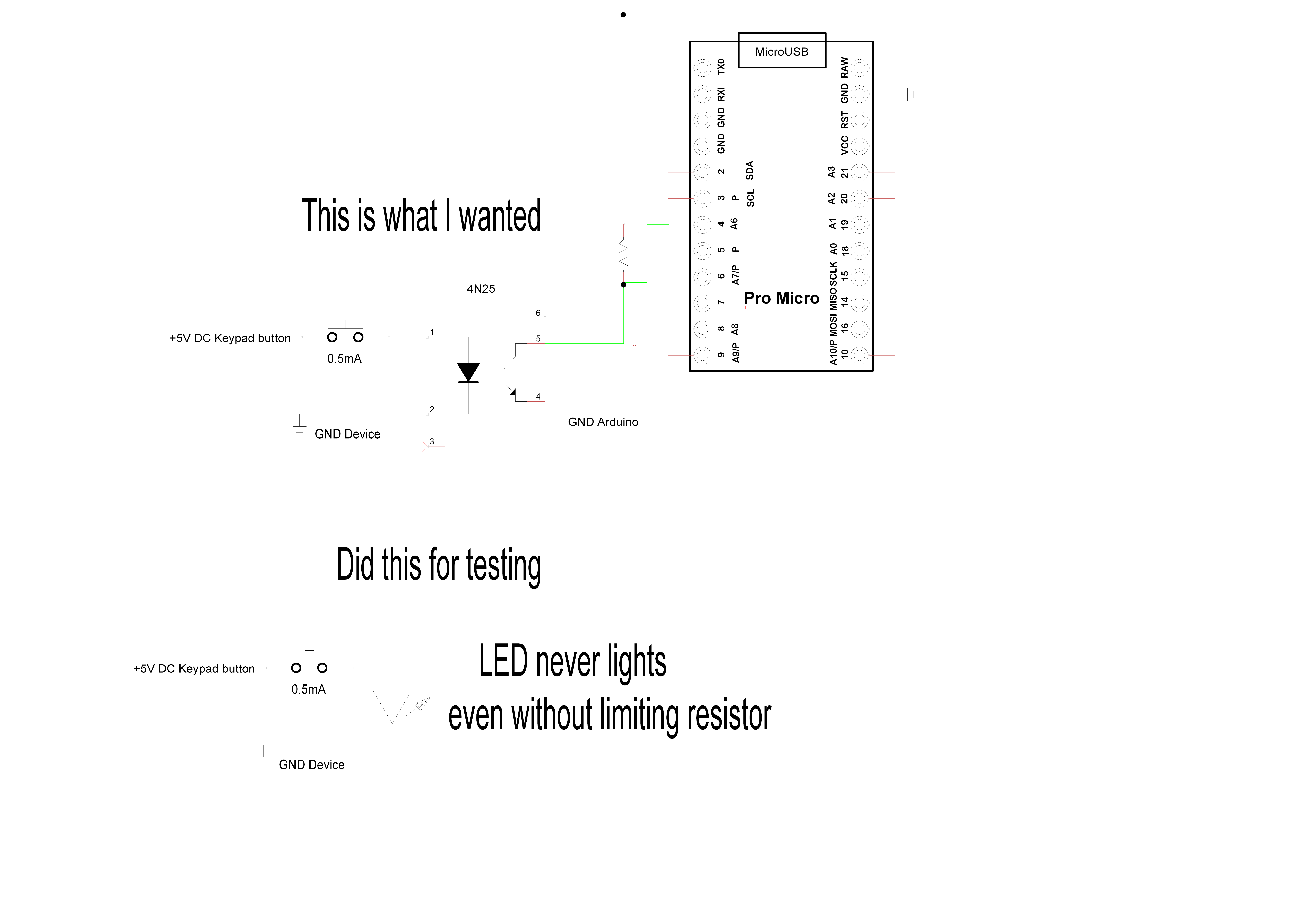 There is no minimum current but there are some graphs and you've fallen off the end of the curve. 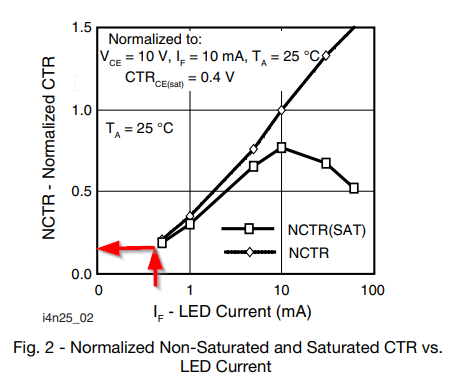 But when pressing the button, the amount of current that flows is only 0.5 mA. Is this current enough to "turn on" the internal led of an optocoupler, and then it switches the internal transistor?

This suggests to me that you are wiring the opto-coupler in series with the button. (The 0.5 mA suggests a 10 kΩ pull-up resistor.) That's a bad idea because the 'low' voltage will now be the voltage across the opto-LED and this may make the original circuit unreliable.

Figure 1. (a) The original circuit? (b) The proposed opto-isolator modification?

If D1 is inserted as shown in Figure 1b then the voltage at 'A' can no longer be pulled to zero.

Instead, add an external, strong pull-up in series with the opto-LED and tie the cathode to the switch. Now you can get as much current as you want through the LED. With 330 Ω you should get about 10 mA.

Not the answer you're looking for? Browse other questions tagged microcontroller opto-isolator optoelectronics or ask your own question.

0
Interfacing retriggerable oneshot with optocoupler
3
Latching Soft ON/OFF Button
0
8051 program not processing keypad matrix correctly
1
LEDs and high currents
0
How to connect MCU input pin with LED and Button?
1
Reading an optocoupler datasheet and calculating the resistors for its input/output