Is it safe for a screw at the terminal block to have multiple wires with fork connector end connected to it?

I have a DC-DC converter (24v to 12v) that has terminal block at its input and output terminal. To understand it better, I've attached the drawing of the converter found in its datasheet. 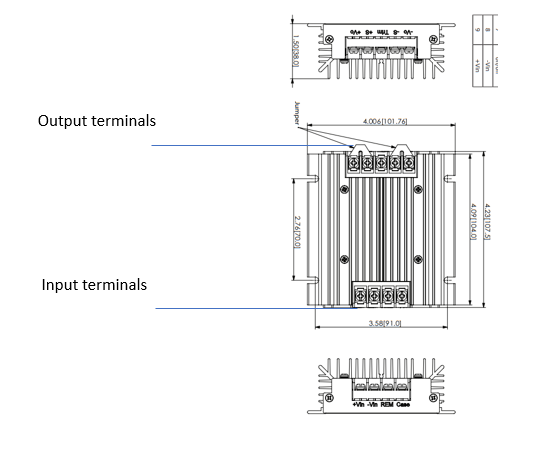 Problem: This converter is used at work. And the existing configuration connected by others has multiple wires with fork connector end connected to each of the screw at output terminal. 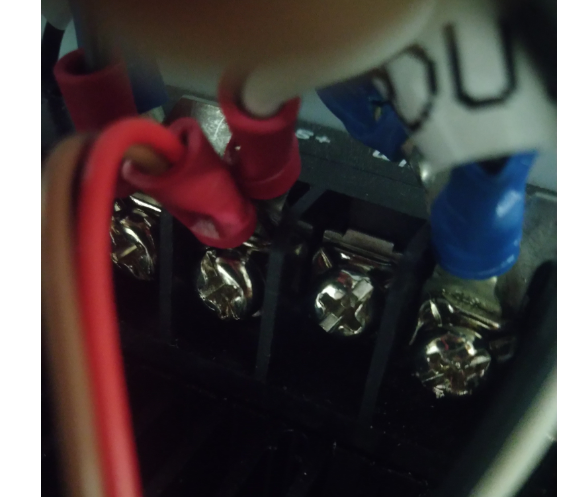 Question is: Is it safe to be stuffing multiple wires with fork connector end into one screw terminal? And what is the understanding behind?

If further clarification is needed, feel free to leave a comment. Thanks for your interest and help.

From the comment to @Mattman944's answer it appears that your question is based on a poor understanding of how voltage and current interact.

Actually my main concern is whether the 2 fork connectors (as in pic above) would result in a short circuit scenario when they are in contact with each other.

In effect you really want a short circuit. Both wires should have the minimum resistance to the terminals and since they are in close contact and screw clamped together the resistance between each other and the PSU terminal will be very low as in a "short-circuit".

Figure 1. (a) A good circuit. When the switch is closed LAMP1 will light. (b) A short-circuit. When SW2 is closed a high current will bypass LAMP2 via R1. Hopefully F2 will blow.

The term short-circuit is usually used in the context of an unintended alternate route between two points in a circuit.

The wires will be sized according to their load.

No. Current flows in a loop. The current that flows into fork connector 1 is used by the load on that circuit. It can't induce additional current in the other circuit. (Note that one load can cause the voltage to sag a little and that will affect all the other loads connected to the power supply. You may have observed your house lights dim when a large load is switched on.)

Is it safe to be stuffing multiple wires with fork connector end into one screw terminal? And what is the understanding behind?

Yes, provided adequate contact is made and the terminal is rated for the combined current.

Electrically the situation is the same as you plugging in various items into your household supply. With a constant voltage supply each load draws the current it requires without affection the others.

: 1. When converter is on, we know the screw of at the terminal is at output voltage (this case, 12v).

OK. But 'V' for volt. (The symbol is uppercase. The spelled out word is lower as for all SI units named after a person.)

That's not the situation. Look what the guys in forensics found after image enhancement: 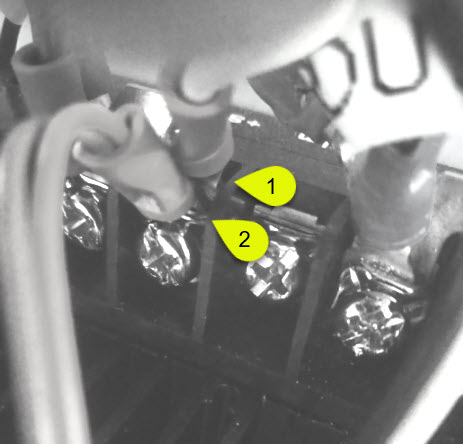 Figure 3. The fork terminals have been correctly installed back to back to ensure full contact of the forks without straining due to interference of the crimp barrels. Fork (1) is installed "upside down" and fork (2) is installed "right-way-up". 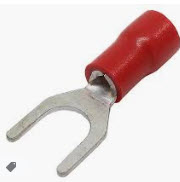 Figure 4. Fork terminals are not symmetrical about the horizontal plane through the barrel centre. When installing two into one terminal it is advisable to mount them back to back.

And assume the forks are in contact with the screw in the terminal, so current will be drawn by each of the fork to their wires.

The whole terminal, fork, fork, screw arrangement is now one conducting mass of metal. All points should be at the same potential.

No. If installed properly they are fully in contact already.

Could this be similar to how 2 live wires touch each other and cause a spark?

No. Two live wires1 touching each other won't cause a spark because they're both live and at the same voltage. You'll only get a spark when two wires of different voltages touch each other.

1Assuming that they're on the same phase of the supply.

I have seen this done many times, it is generally OK.

What is important, is that the screw is fully engaged into the receiving threads. For many terminal blocks that I have used, the threads are mashed (if there is a technical term, I don't know it) on the other side to make the screw weakly captive. When you loosen the screw, you should never force it into the mashed portion. The resistance will increase when this happens, stop, don't loosen any more.

I have done that many times. However, I am not at all confident that it is a good practice. I would say that it would be bad to have more than two connectors on a terminal. When two terminals are connected, it would be better to use ring lugs than spade lugs. Of course that can only be done if the screws are not captive (or weakly captive). I would recommend inverting the lug next to the block so that the ferrules don't force the lugs apart.

The issues are all about the mechanical connection. The only time you need to worry about current division is when the wires are completely parallel, connected to the same point on each end. You do need to be concerned about the total current. Terminals have maximum current ratings just as wires do.

Not the answer you're looking for? Browse other questions tagged transformer dc-dc-converter wiring bad-wiring or ask your own question.