How to create a short circuit

I am doing a personal project to learn a bit about electronics but I do not have much prior knowledge about it.

My initial issue was that when the digit was meant to be off (but the segments should be on to light other digits), there was a dull light on the segments. To get around this, I put a 220Ω resistor in series with the common pins on the seven segment display. This fixed the issue of the digit being dull when it should be off, but it made the digits dull when they were meant to be on. 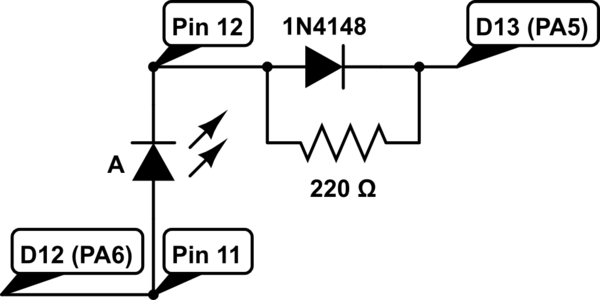 A comparison of the when the diode should be on and off with the resistor and the resistor / diode. The segment pins are all high and it is the common digit pin that is high for off and low for on. 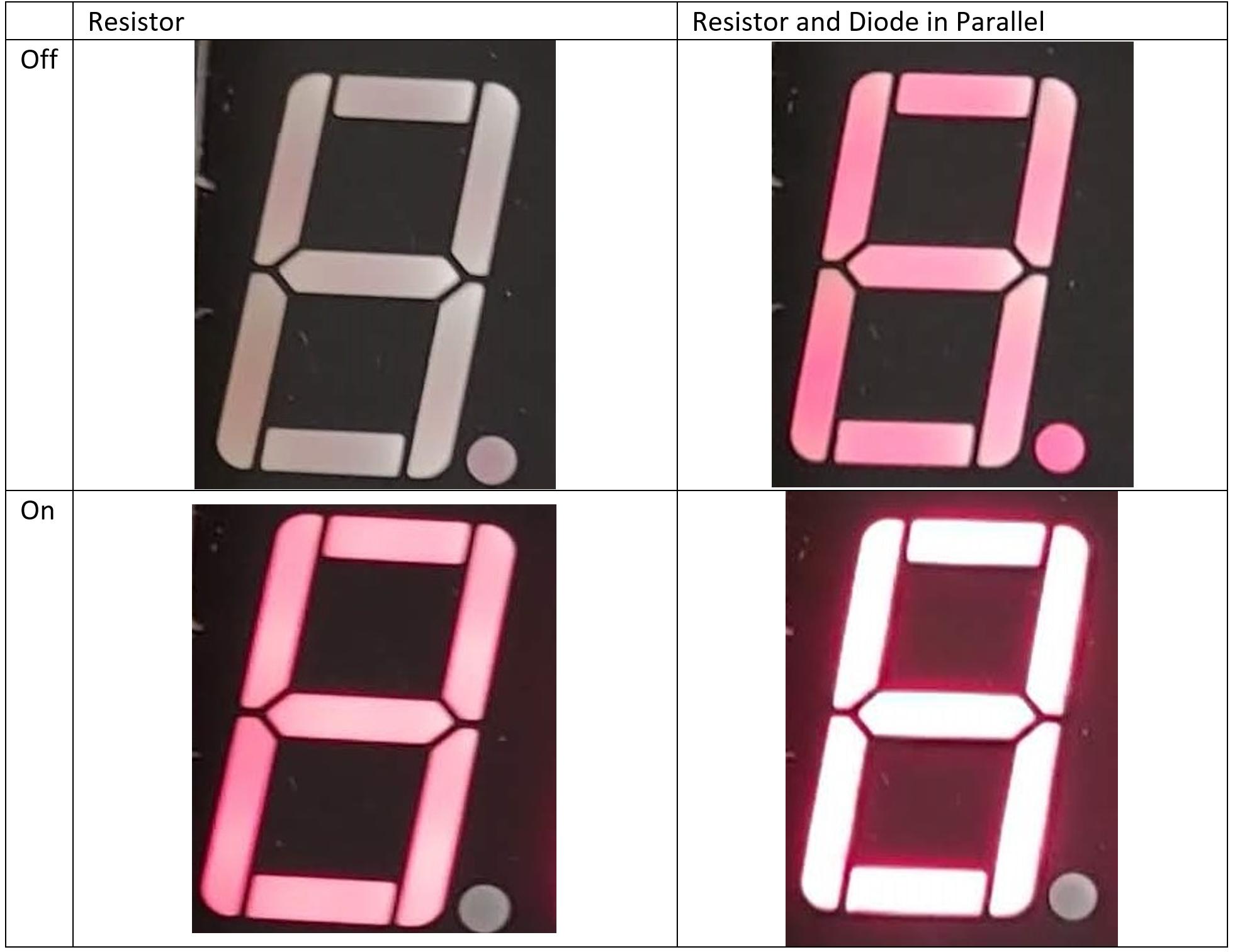 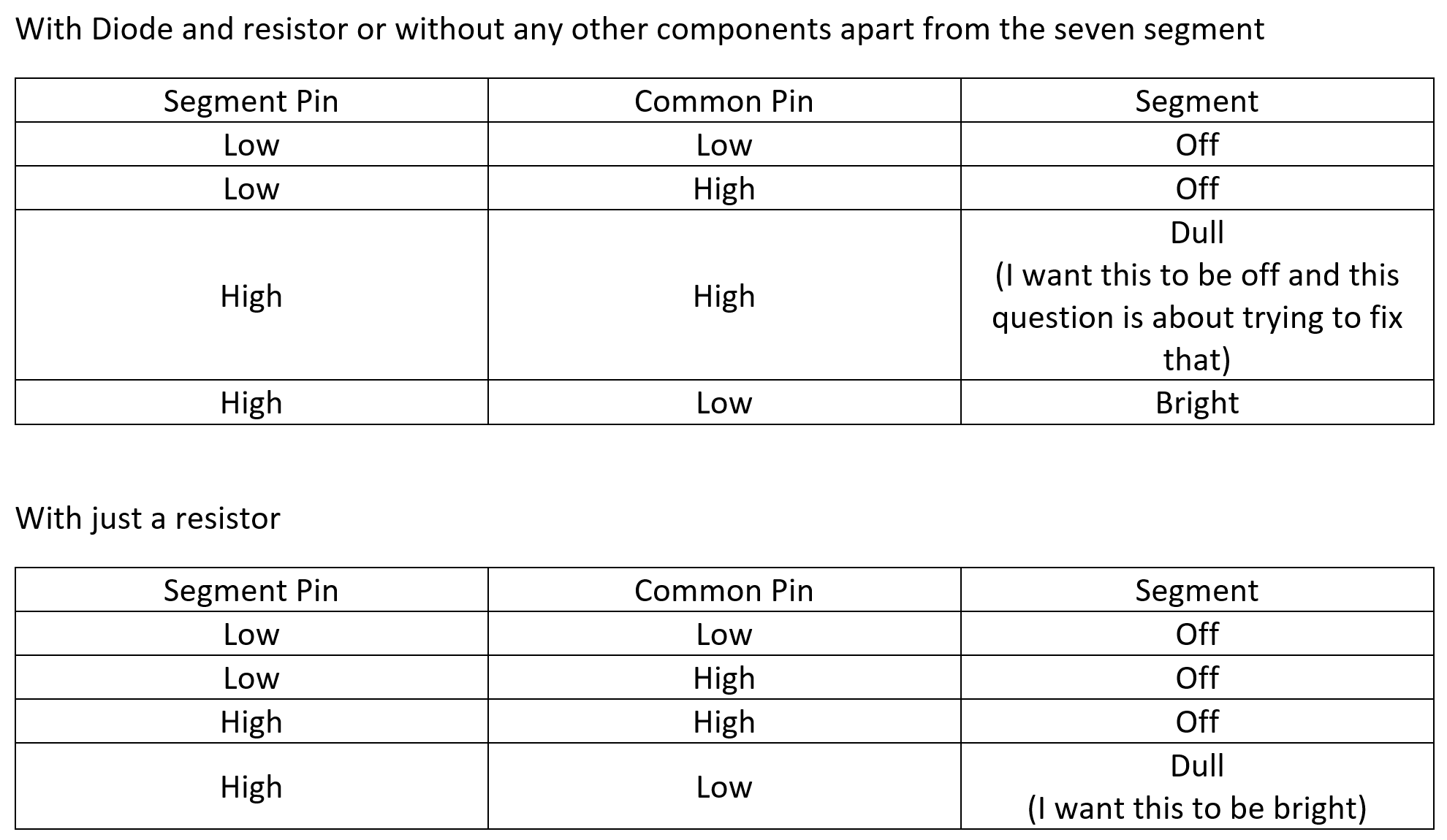 It shouldn't be necessary to play funny games with resistors and diodes. Lighting LEDs with a microprocessor output is a normal thing to do, and shouldn't require any kind of overly clever circuitry.

From the GPIO application notes:

It is entirely possible that you have your output set to open-drain with a pull down. That would let current flow through the common pin even when it is supposedly set to "high."

Another problem you have is that the common is only allowed to sink 20mA. If you have 8 GPIOs driving 8 LEDs at 3mA, then you've exceeded the maximum allowed current of the GPIO pin you are using as common.

Even if you fix the problem of "ghost lighting," you are still in danger of killing your processor.

The GPIO application notes give the following example for driving high currents from your processor: 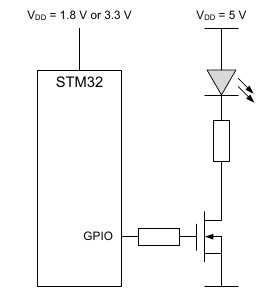 It doesn't matter that the example shows the LED powered from 5V. It's the same concept regardless of the supply voltage. It'll work the same with 3.3V.

To limit the LED current through the LEDs:

You processor is allowed a maximum of 8mA per pin when sourcing current, up to a total of 150mA.

8 LEDs at 20mA would exceed that maximum rating.

Your LEDs have a forward voltage of about 1.7V, and you are using them with a 3.3V powered microprocessor. You need to limit the current to less than 18mA per LED. Given a voltage drop of 1.6V, that's a resistor of at least 90 ohms. Your 130 ohms was probably a good start, but 220 is probably better.

You must use a resistor for each LED segment, not one per common.

Here is what the display circuit should look like (showing 2 of 3 digits to make the schematic readable):- 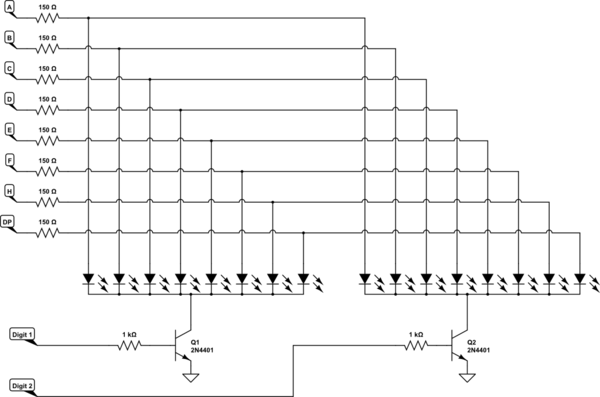 Each segment has a resistor to set the LED current, common to all digits. Each digit has a transistor to pull the common Cathodes of that digit down, with a resistor setting the Base current. With sufficient Base current the transistor can easily sink the current of all 8 LEDs in its digit.

Both the segment and digit outputs from the MCU are active high. In operation a digit is displayed by first turning off all digits, then applying the segment code for one digit, and finally turning on the digit for a period. This is done for each digit in turn, fast enough to avoid visible flicker. During the time that each digit is being displayed the MCU can do other jobs such as reading switches etc.

If you get 'ghosting' then increase the 'blanking' time between turning off one digit and turning on the next. You can also increase the blanking time to reduce LED brightness.

Not the answer you're looking for? Browse other questions tagged microcontroller led resistors diodes 7segmentdisplay or ask your own question.

4
Why is there a delay in a common anode 7-segment display?
3
Driving a large 7 segment display using a micro-controller
6
Multiplexing 2 digit 7Segment with one Bit
6
7-segment LED display with multiple digits
2
Are these LEDs glowing due to leakage current? How to prevent it?
3
How to "unground" a low state of a not gate
0
7 Segment Common Cathode LED Digit Display Circuit for Arduino
2
Driving a Strange 12-Pin, 7-Segment, 4-Digit LCD display
4
Using 1N4148 diodes on segments of multiplexed 7-segment LED display
0
Determining pinout on this Seven Segment Display