I was reading J.Bhasker's STATIC TIMING ANALYSIS book. In that book, he tells that when launch flip flop launches the data & while capture flip flop is capturing data, he says that

Why is he saying that "setup is normally checked after one clock cycle"?

Why can't we consider the clock before the very next active edge? 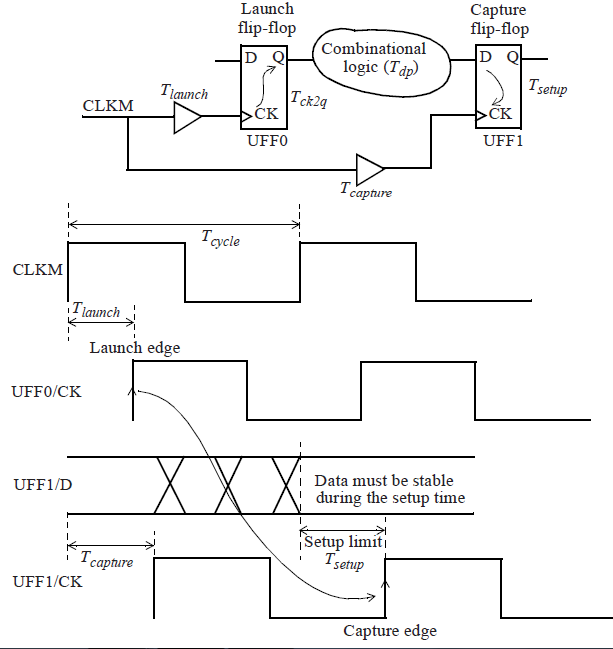 When you consider the clock before the very next active edge, you're doing hold time check.

Not the answer you're looking for? Browse other questions tagged digital-logic clock flipflop vlsi timing-analysis or ask your own question.