Please look at this picture: 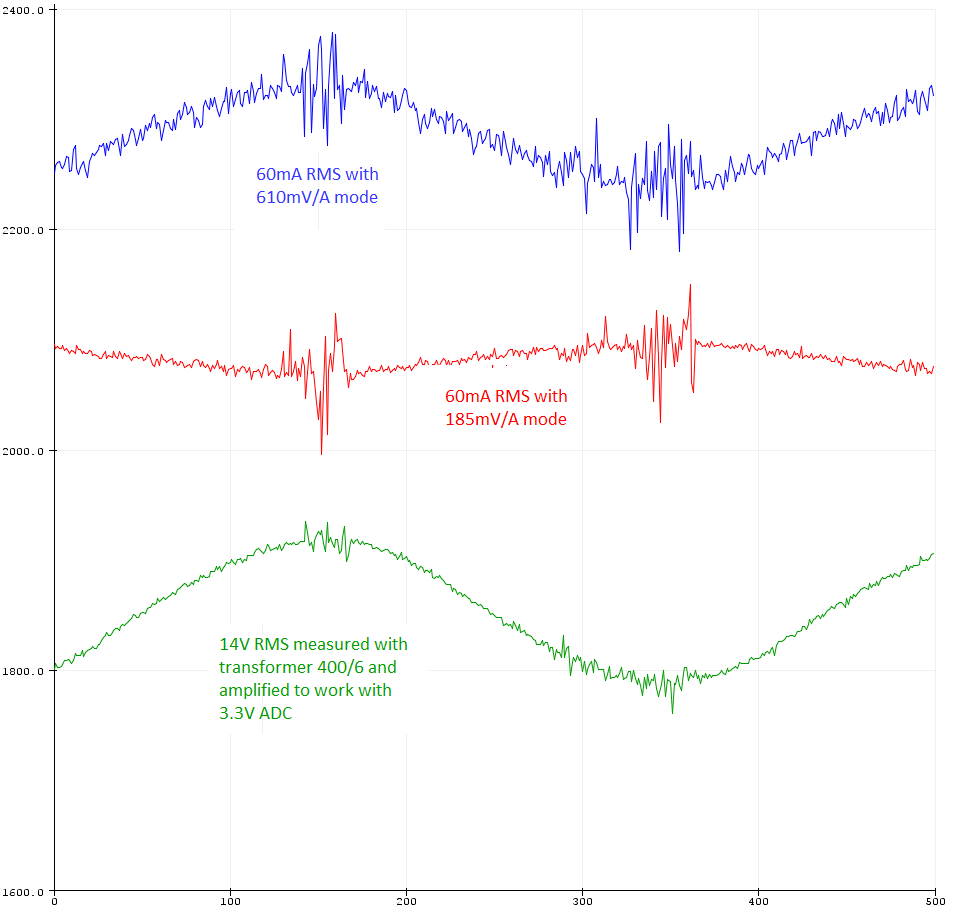 I'm using STM32F103, a popular Blue Pill module. What you can see in the picture are three signals, from bottom:

As you can see the noise appears at peaks of measured sine waves and I have no idea about its source. I ask you to help me identify it. I know I can simply average it but it will introduce phase delay which is not acceptable (especially in the current signal, as my control loop in the final project will be oriented on the current signal).

What I tried so far:

Edit: I did an oscilloscope measurements and here is what I got: 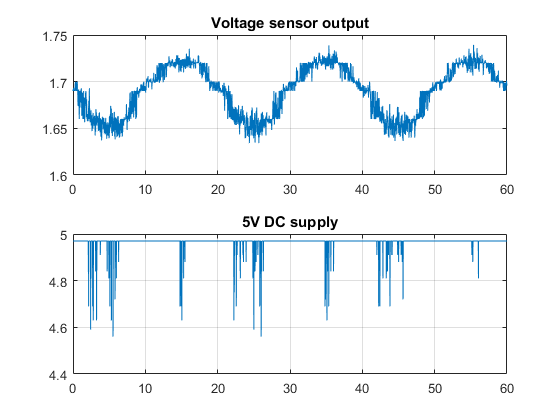 Edit2: About load - the load that was measured is 220 ohm 5W resistor. Also the voltage across the resistor is pure, non-deformed sine wave so there's no source of any distortion in the load circuit. 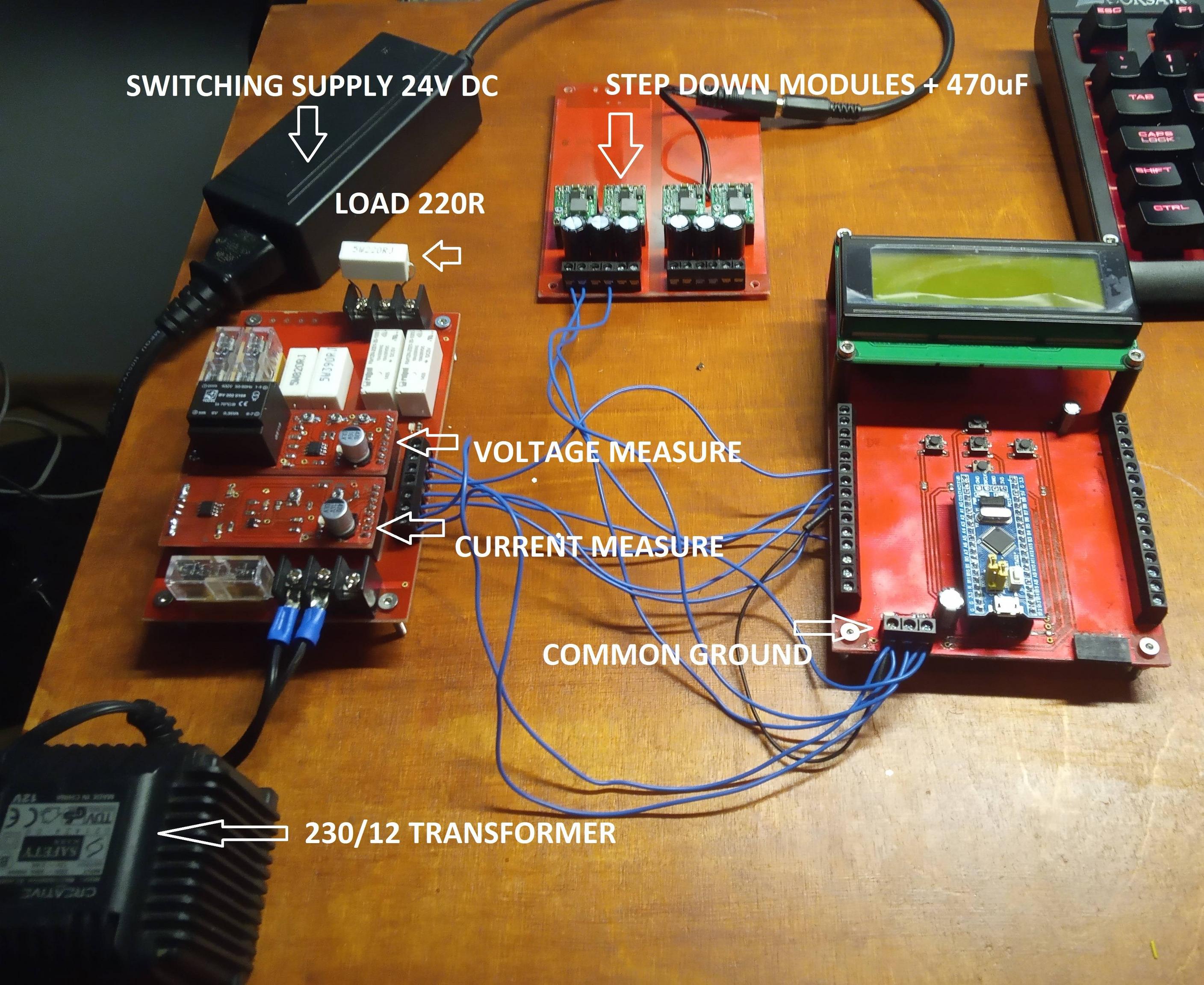 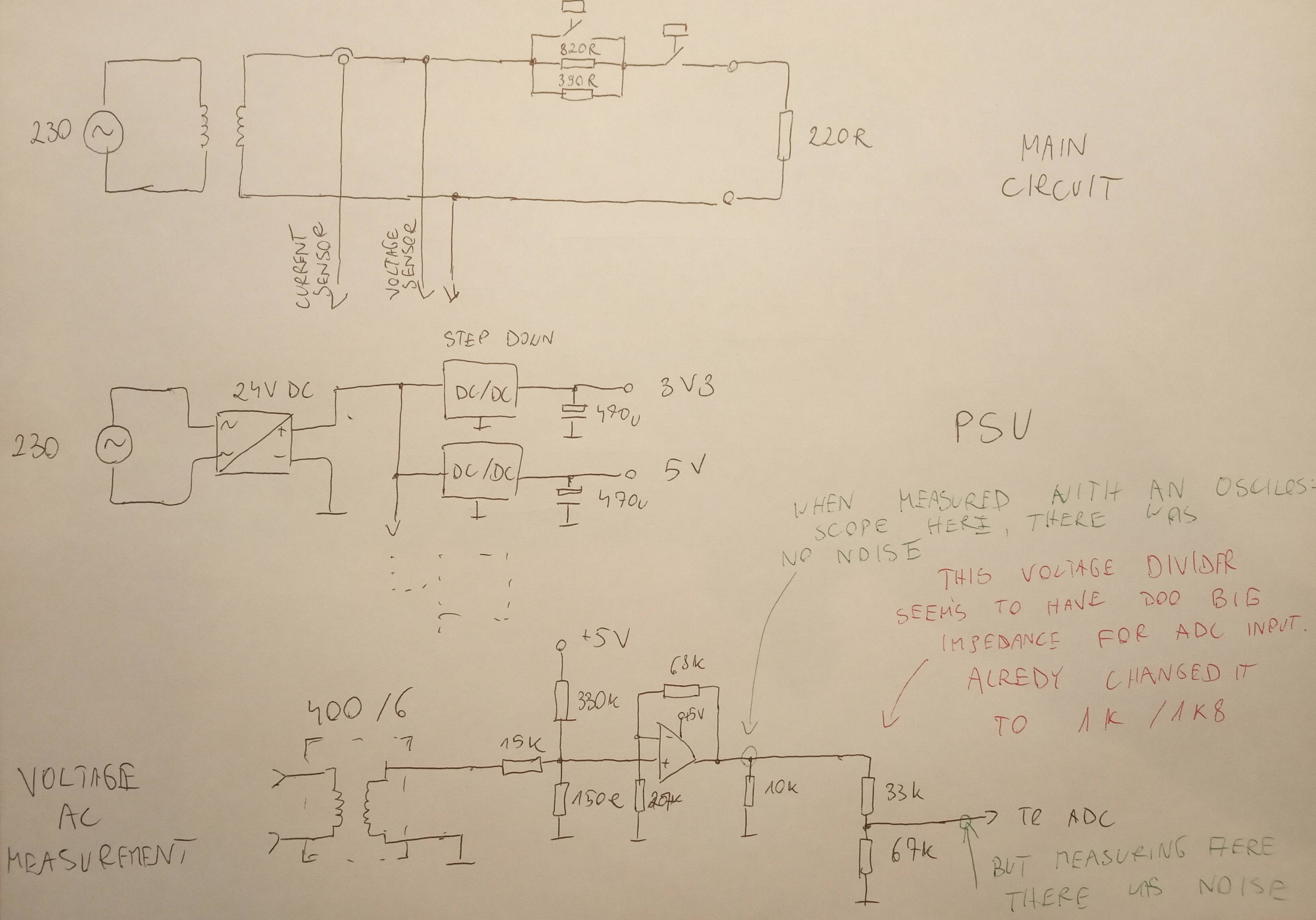 So, I changed resitor dividers at the output of the sensors from 33k/68k to 3k3/6k8. It helped a little bit. Unfortunately don't have space to add voltage follower. The noise was still apparent when I supplied the sensor from battery. I guess high impedance output and long wires picked up noise from the air.

One thing worth to mention is that ACS712 5A chip according to datasheet has its output noise up to 21mV, that means with accuracy of 185mV/A, any measurement below 100mA can't be reliable. I connected a small 12W lamp to the output and it doesn't look that bad at higher amperage (about 1A of current).

Anyway, thanks you guys for help! Lesson for me was that the next time I will be doing any signal measurements I will convert them to digital before passing them to the wires. 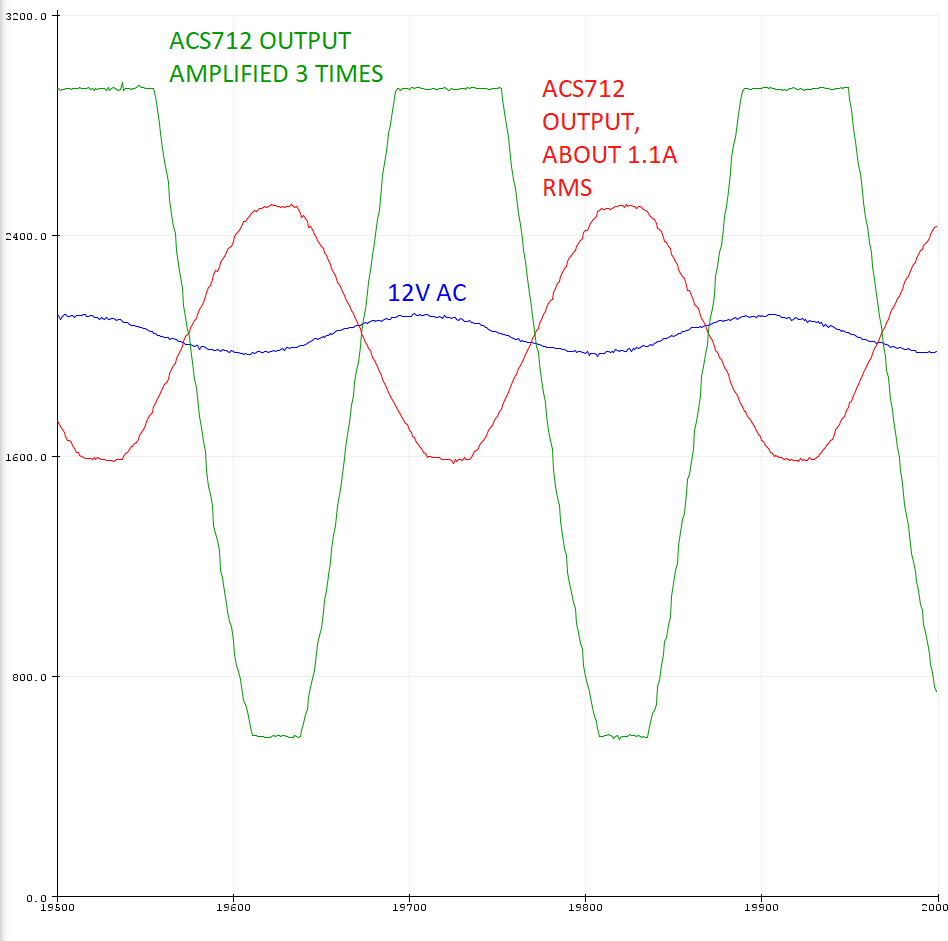 The power line tends to be noisy at the peaks of the voltage waveform because any piece of equipment that contains a non-PFC power supply tends to draw all of its current in narrow pulses only when the rectified voltage exceeds the internal DC voltage on its filter capacitor(s).

The noise is emphasized in your second waveform probably because your load is not a pure resistance, but rather has a capacitive component in which the reactance is lower at high frequencies. This allows the high-frequency noise to drive a proportionally higher current through the load than the line frequency does.

And the noise is proportionally lower in the third waveform probably because your amplifier has a low-pass frequency response that attenuates those components.

If you want to do additional filtering, but you're worried about relative phase shifts, you can feed both the voltage signal and the current signal through identical filters. That way, the phase shifts cancel out for any subsequent calculations.

Not the answer you're looking for? Browse other questions tagged adc stm32 noise emc or ask your own question.