I'm trying to use MOSFETs to allow or block 450kHz sine wave. Here's the test circuit: 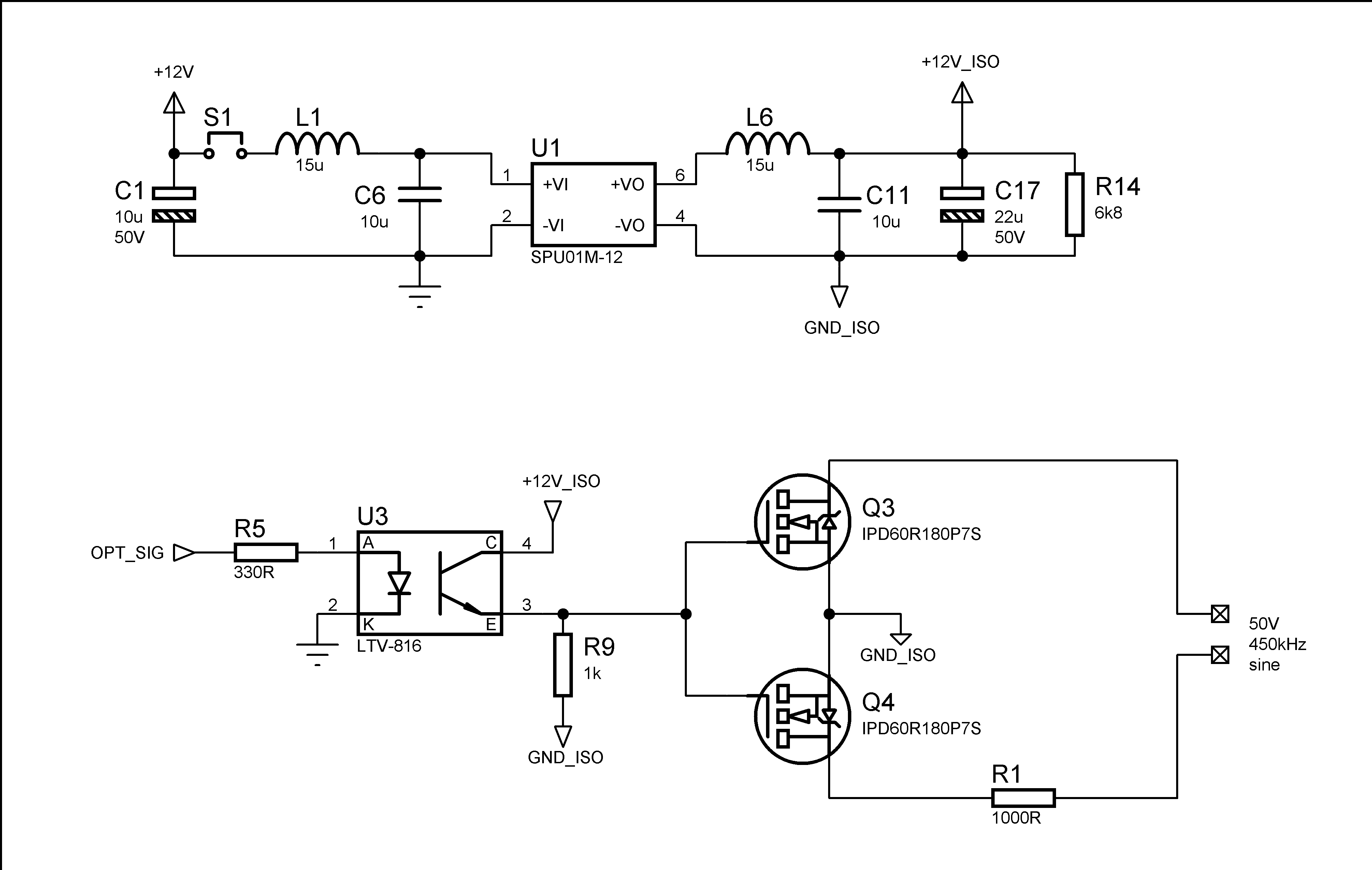 At low frequency, MOSFETS are totally able to switch on and off. But when the frequency becomes higher at 450kHz, it seems MOSFETS are not able to block sine wave anymore, no matter if apply or not 5V-signal at OPT_SIG: oscilloscope always shows sine wave on load (R1).

I tried with other parts such as FDP020N06B with very low rds but I get the same result.

I've also found older MOSFETs STP5NB40FP and using them, RMS voltage on load is almost 0, when signal is not applied. I was thinking the high frequency AC to be passing through MOSFET capacitance Cds, but both FDP020N06B (Coss = 3840pF) and IPD60R180P7S (Coss = 19pF) behave the same way.

STP5NB40FP MOSFET has lower continuous drain current and much higher Rds resistance compared to the previous ones. I'd like to choose MOSFET with Rds as low as possible but work as well. So it'll be another characteristic I'm not taking into account. Could you please help me?

I got some screens from my oscilloscope as a clear evidence of that. Blue track is the input sine, yellow track is the signal on the load. You can see the big differences between them. R9 was replaced with a short. SCREEN

So it'll be another characteristic I'm not taking into account. Could you please help me?

Well, it's the right characteristic you are considering but you need to dig into the detail of the what you say here: -

The truth is, if you compare apples with apples, the \$C_{OSS}\$ of this device is more like 250 pF. The apples are the drain source voltage. See graph below: - 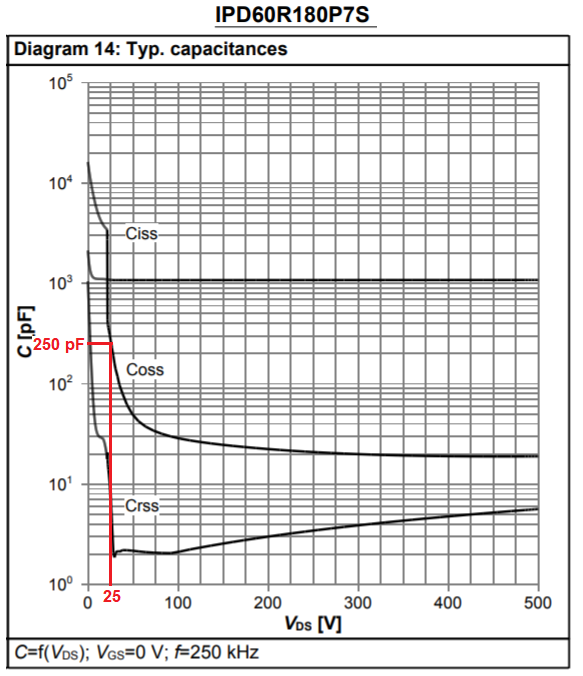 At an applied drain source voltage of 25 volts, the IPD60R180P7S has a capacitance of 250 pF (not 19 pF as said on the salesman designed front sheet). 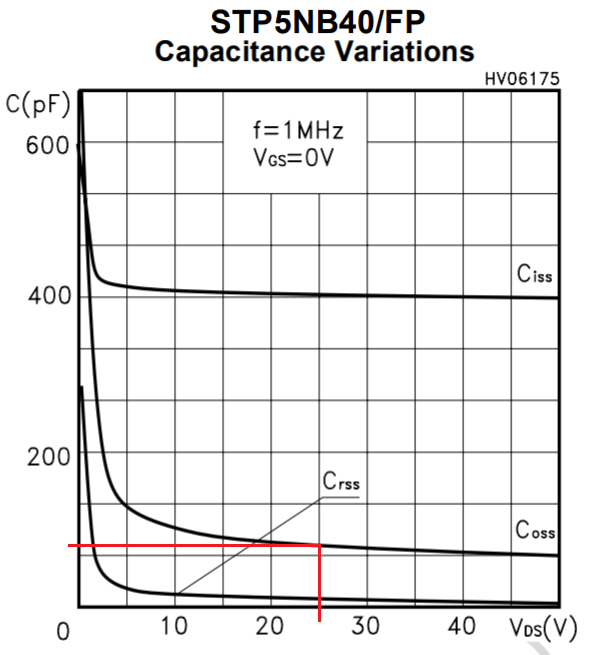 In other words, the STM device is better hence it produces less residual output voltage when the SSR (solid state relay) is off.

Not the answer you're looking for? Browse other questions tagged mosfet switches ac frequency or ask your own question.

2
How to adjust this circuit to use N-Mosfet instead of P-Mosfet
3
recording low frequeny using sound card
1
Mosfet Switch not working as expected
0
Does the Rds(on) of a MOSFET vary based on source-drain voltage?
1
True replacement for MOSFET Infineon SPD04N50C3
1
Can a power mosfet switch small loads?
0
MOSFET Rds(on) development
3
MOSFET failure (RN6020JNZ4) - all pins shorted