PNP led on when it should be off 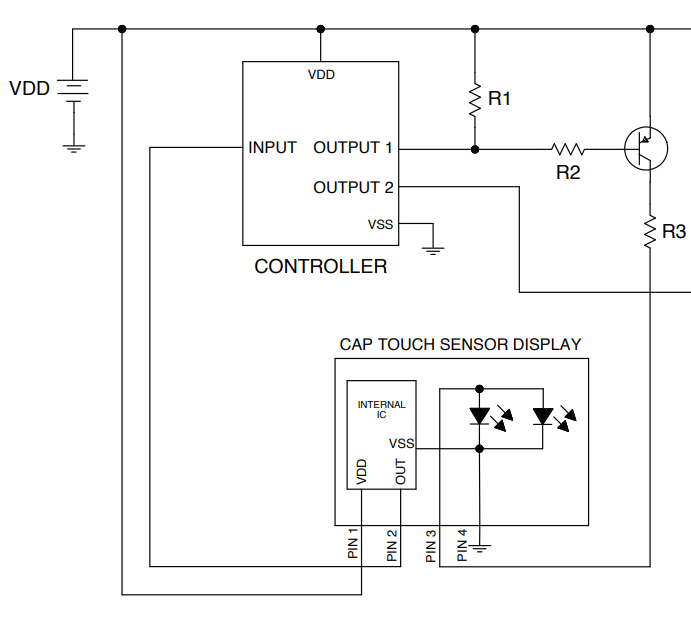 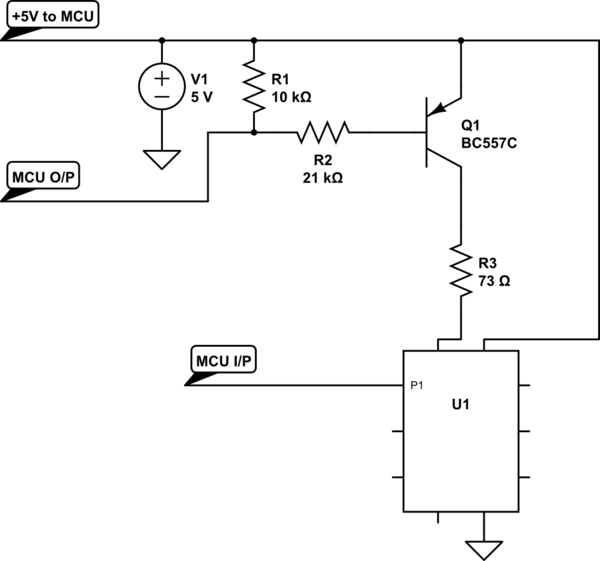 I have this soldered onto prototype board and it works fine when the power supply is from the USB connection from the PC to the ardunio however when I connect a power supply with +5V even when the the pnp is suppose to be off, there is still a low to medium glow from the LED within the capacitive push button as if it is on. But from probing the MCU I/P when the low medium glow is present it is 0V going to the MCU. So it seems when the LED should be off, it is still on but not on fully.

Originally I thought maybe voltage ripple but the ripple on the power supply is no more that 15mV. I also thought maybe the pull up resistor isn't pulling the line high but this works when powered from from the PC usb.

If you guys have any suggestions or advice that would be great.

I would suggest you try placing the R1 immediately next to the base of Q1 so that it is between its base and emitter. That way it keeps the Q1 turned off if there is a small current going through R2. I would also suggest that you increase the value of R3 to anywhere from 220Ω to 680Ω (depending on LED's forward voltage and the total voltage applied, which I believe is around 2V and 5V respectively, as well as on the type of LED - is it superbright?); you could also reduce R2 to 10kΩ so that the transistor is more likely to work as a switch and not in its linear region.

Not the answer you're looking for? Browse other questions tagged arduino power-supply led hardware pnp or ask your own question.

0
Driving one LED from audio signal only with pnp transistor
1
LED glowing when the driver's ground is cut off
1
PNP wont turn off
1
Water level indicator with PNP transistor
0
PNP Highside Switch For Capacitive Sensor
0
PWM-controlled RGB LED is flickering when PNP transistor should be off. Any insights why?
0
Controlling IRF540N with MCU for LED on/off switching
0
Turn off LED when submerged in water