Why does adding an emitter resistor to a common emitter amp reduce its gain?

It's useful to think of a transistor operating in three modes, cut off, linear, and saturated.

When cut off, the collector current is zero. When saturated, the base current is high, and VCE is small. These are the two modes when using a transistor as a switch. You appear to be thinking of the saturated mode in your question.

Wikipedia is talking about the linear, or amplifying mode, where the collector current is beta times the base current, and VCE is a few volts. 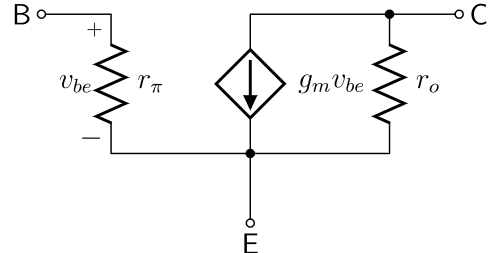 In a common-emitter amplifier, think of the transistor as a variable resistor controlled by the base current (\$i_b\$): 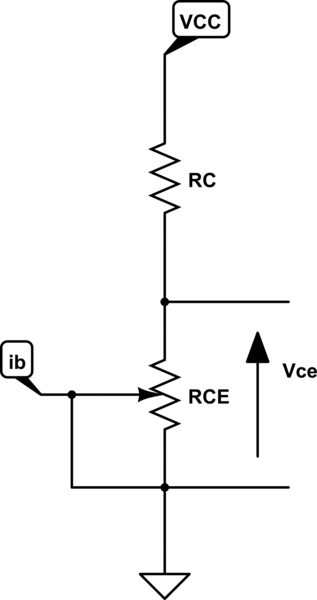 The output voltage (and thus the voltage gain) is determined by the voltage across the variable resistor (i.e. \$V_{ce}\$).

Now put a resistor between the low-end of the variable resistor and the GND:

The emitter resistor causes negative feedback. This can be shown using a block diagram based on the classical formulas for describing the input-output relations. It is a well-known fact that negative feedback reduces the gain factor. This is - in most cases (opamp) - a desired result of negative feedback.

Note that the output current Ic is determined by the input voltage Vbe via the transconductance gm=d(Ic)/d(Vbe). (In the block diagram I have used the commonly used simplification Ic=Ie; all voltages and currents are small-signal quantities and not DC values).

The gain formula shows how the resistor RE reduces the gain. More than that, you can see that the simplification Vout/Vin=RC/RE (as mentioned in one answer) is applicable for RE>>1/gm only.

Comment 1: Because the signal output voltage across the collector resistor RC is referenced to common ground - and NOT to the supply voltage - there is a sign inversion between input and output voltages which is not contained in the block diagram (the block RC should habe a negative sign).

Comment 2: It is easy to explain in words how feedback reduces gain. An increase of the input voltage Vb (at the base node) causes an increase in Ie which in turn also increases the voltage across RE. Hence, the emitter voltage Ve goes up and reduces Vbe (if compared with Ve=fixed at ground for RE=0). Hence, the Vbe increase is smaller than the input signal (Vb) increase - and the Ic increase is remarkably smaller if compared with the case RE=0.

(I like to add, that the block diagram and the corresponding explanation of the feedback effect proove again that the BJT is a voltage-controlled device Ic=f[exp(Vbe/Vt)] .) 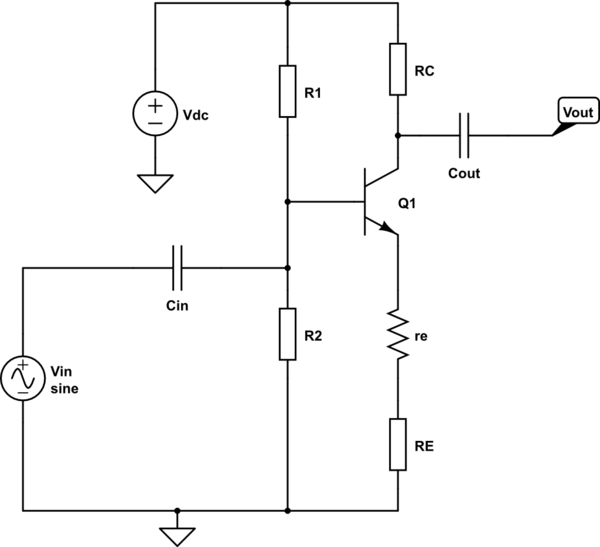 The usual design procedure is to pick a quiescent \$ I_C \$ and choose RC such that \$ V_C \$ is half Vdc at this current to maximise voltage swing at the output.

Finally we can choose Cin and Cout to have a low impedance at the minimum frequency of interest.

0
Why is voltage output inverted between common-emitter and common-collector amplifiers?
2
Transistor Differential Amplifier Non-linearity
1
Common Emitter Amplifier Problem (Incredibly lower Gain than input, and Distorted)
1
Colpitts oscillator: emitter resistor
2
Common Base amp gain problem
0
Common emitter: maximize effective voltage gain
1
Why does the common collector specifically have a high input impedance?
1
Why does a rise in ambient temperature cause a base-voltage-biased grounded emitter stage to saturate?
0
Why resistance of load resistor determines gain of common emitter amplifier?
2
Adding a base resistor in a common emitter amplifier