This guy is from a dishwasher control panel. I'm having trouble finding a replacement for the entire control unit (that will ship to Japan, anyway) and I am handy with a soldering iron.

Can you take a stab at what you think it might be? 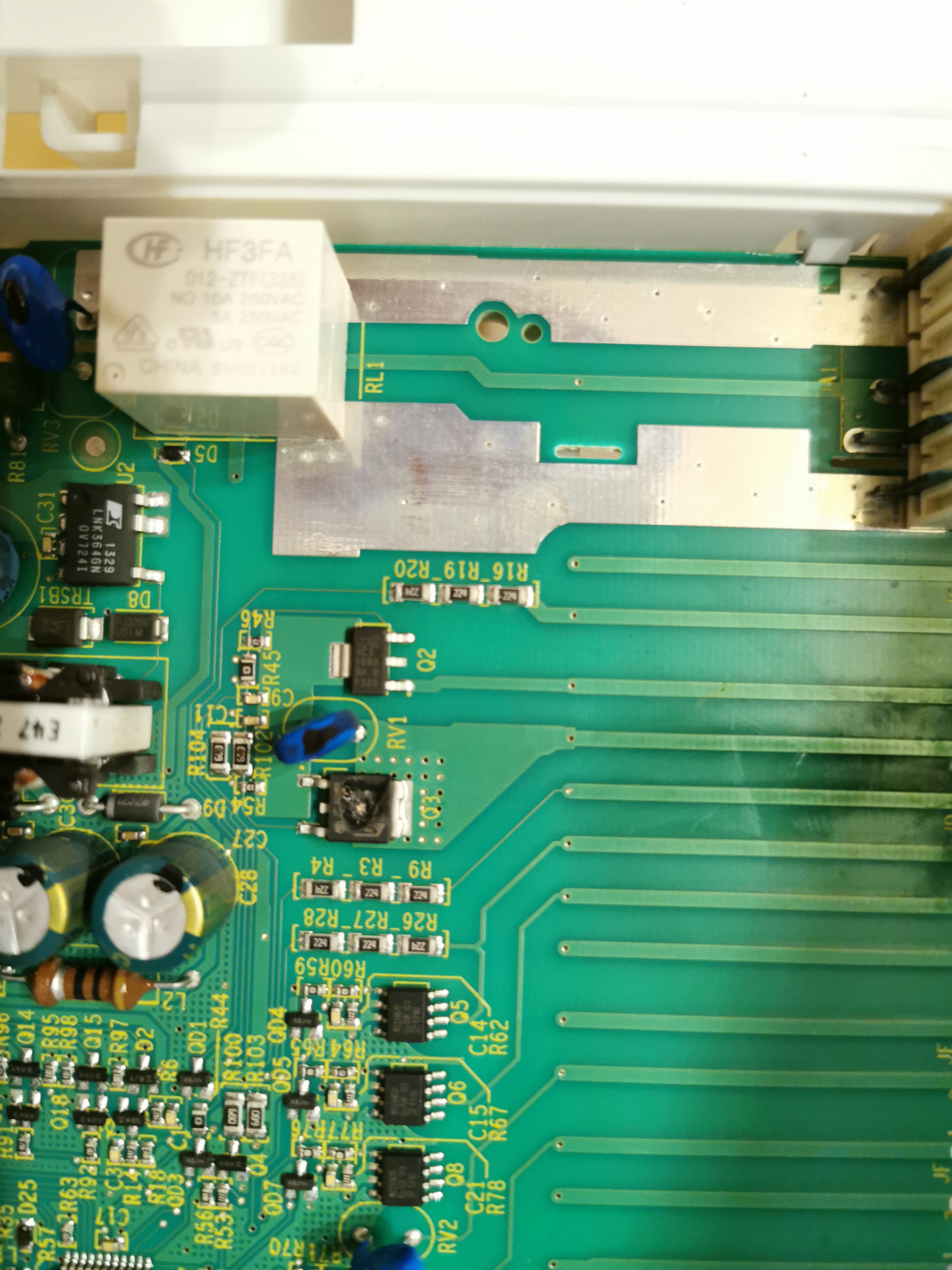 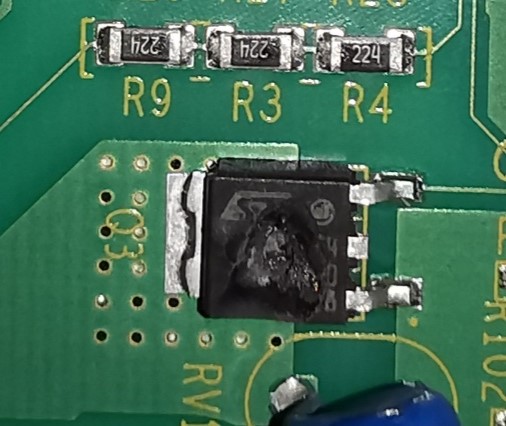 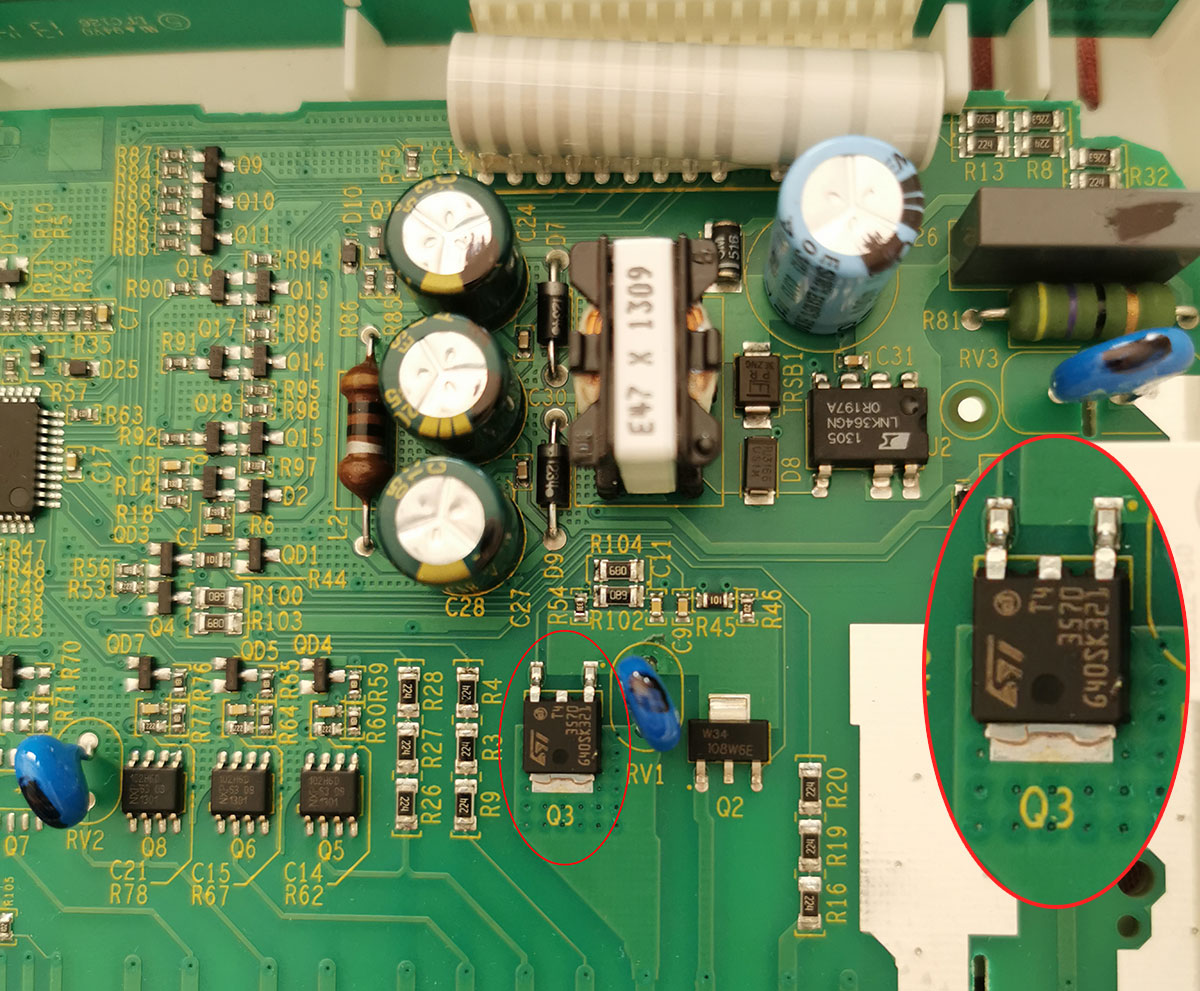 It's made by ST Microelectronics based on Logo.

Based on the pinout, it's not a MOSFET (either P or N). All of the ST MOSFETs in DPAK have the gate on pin 1 (lower right in the picture orientation), which makes no sense. The control line of this device is pin 3.

This leaves something like a TRIAC or SCR. The DPAK offerings from ST do have their control line an pin 3, so that looks good.

Beyond that with the markings gone it is hard to tell.

From your part we can make out very little

The exact number of digits vary.

One option that fits that bill are the T4 series 4A logic level Triacs. These have part numbers that seem to match. For example this one looks pretty darn close to your image. 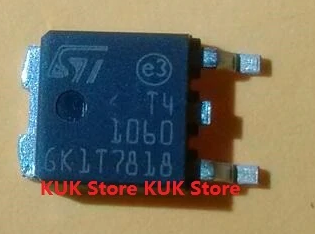 Looking closer at your image, we can make out something just before the 4 on the first line which could well be the T.

Not the answer you're looking for? Browse other questions tagged transistors identification or ask your own question.

2
How to switch/power a 13x13 LED Matrix?
5
Transistor array with a common base
2
Explain the use of NPN and pMOSFET in this 8x8x8 LED cube
5
What's the name of this PCIE power connector?
5
What could this scammy “magic whole-house electronic powersaving surge protector box” have actually done?
1
Component identification 8Y
1
Part Identification - Humidity Sensor Oregon Scientific BAR208HGA
0
Boosting current to trigger 3v relay