Finding the resistance of a resistor without multimeter

So this is a trivial but frustrating issue I’ve come across. I have two 5 band resistors and I am having a hard time differentiating the tolerance band.

Edit: I do know that the tolerance band is supposed to be at the end with the largest band spacing, but it looks equidistant to me. 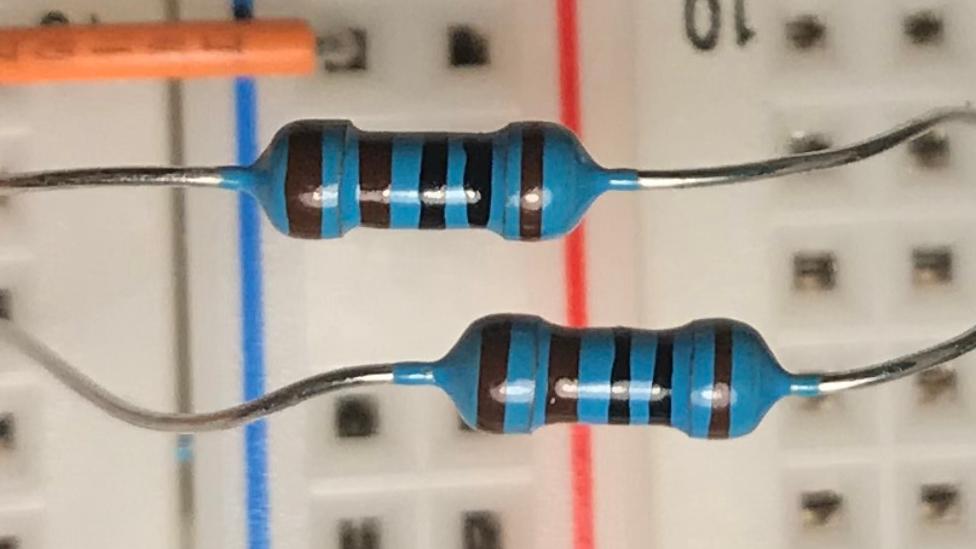 Use 9 V block and check if the resistor becomes hot.

Make a bridge. Feed it with low level audio signal and use a speaker as the detector. Headphones would be better than a speaker due higher sensitivity. 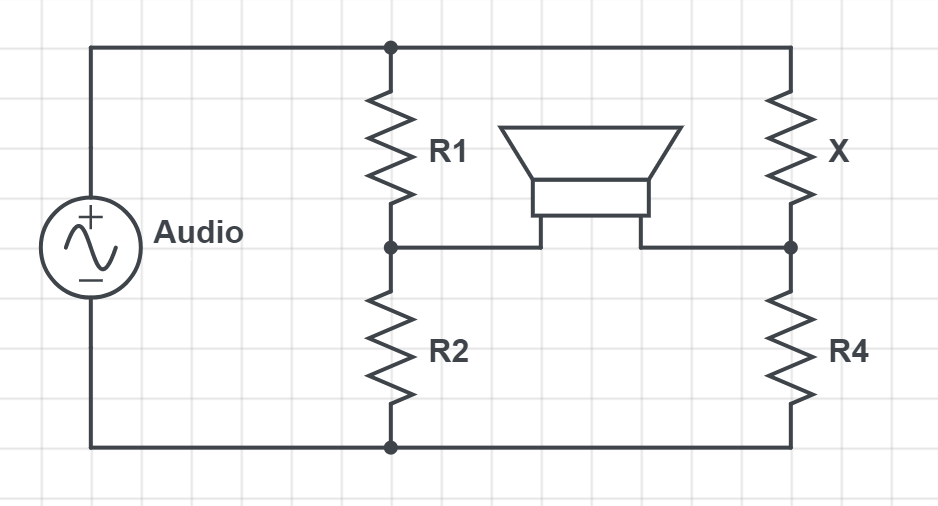 In Wheatstone's bridge R1 and R2 are a potentiometer, R1/R2 is seen visually from the relative position of the slider. Originally DC voltage and sensitive galvanometer were used instead of audio and speaker.

These are 1k resistors, both black stripes are closer together than the two brown stripes on the bottom. The end with thicker and further apart stripes is the end with the multiplier stripe and the tolerance stripe. This is the rule with 5-band resistors, but due to how hard it is to tell them apart it is best to mark every resistor set with its value and measure using a multimeter. If you are calculating from the band colors, remember that resistor values most likely follow a value series, like E6 or E12. 110 is not part of the E6, E12 or even E24 series, but 1k is. 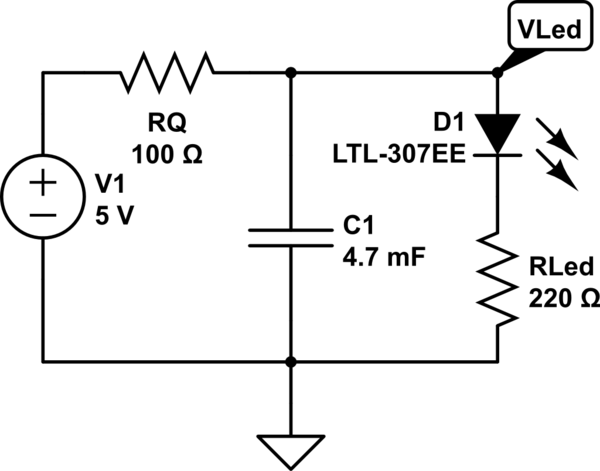 Where RQ and C1 build an RC circuit. Take a watch and measure how long it takes for the LED to turn on. Compare with other known resistors.

5 band resistors have an extra (digit) band (3th) before the multiplier band (4th). Although a bit hard to spot (I never tried it myself), as described in this question you can start reading from the thicker band's side. So in your case it should be

When in doubt, get a meter. For casual measurements, I have a digital meter I bought for under $10 at a hardware store. That’s a very handy thing to have for kit building where it is difficult to distinguish colors or determine which are the thick and thin bands on resistors.

Yes, you can build yourself a Wheatstone bridge, but do you want to spend five minutes each time you check a resistor?

1k resistor. The broader band is tolerance, the spacing has nothing to do with it. When my older eyes can't see, I use my phone camera as well to magnify. That picture you took is perfectly clear. That is the way to do it for over 40's!

Assuming the resistors are not bad in some way and the only two values you are concerned about are 110 vs 1000, the first thing to note is that there is a lot of difference - a full order of magnitude - there. Hence it is not hard to break the tie.

Do you have a small incandescent lamp (by which I mean "electronic component-sized" lamp)? If so, by hooking it to, say, a 9 V battery in series with one or the other resistor will tell you right away, as the lamp will light much brighter when the series resistor is the 110 Ω one, as compared to the 1000 Ω one (it might not be visible at all with the latter at least in normal lighting, but should be with the former.).

This is, I'd say, a better idea than trying to get it "hot", because you don't want to risk cooking one or the other resistor. An incandescent lamp is a resistor that is designed to get hot :)

Not the answer you're looking for? Browse other questions tagged resistors resistance current-measurement or ask your own question.

25
6 Band Resistors, which way should the bands be read