I was reviewing block diagrams on this tutorialspoint page and it showed how an RLC circuit is written with a feedback loop. It occurred to me that any time a block diagram of a circuit is created, there has to be a summing joint, hence there will be feedback On the one hand, this seems natural because for a circuit to function, it has to have a path for current to flow and so there is a type of loop created. On the other hand, I have never heard it mentioned that the block diagram of every circuit must have a feedback loop. It also seems different from my intuitive concepts of feedback though I admit my intuitive concepts are wrong a lot.

Is it true that the block diagram of any electrical circuit has a feedback loop?

Keika, the answer to the question in your headline is "NO".

What you have done is the following: You have created ANOTHER fictitious system (with feedback) that has the same output-to-input ratio as your passive RLC circuit. That`s all. However, it has another input impedance and another output impedance. Hence, both are not identical - both have only the same ratio Vout/Vin.

More than that, if you define the output voltage across the inductor or across the resistor, these voltages are NOT available in the second system (with feedback). This is another indication that both are not identical.

There are many other circuit alternatives (second-order lowpass with unity gain) having the same output-to-input ratio but with different input- and output impedances.

EDIT 1: It is really interesting - when you multiply the first Block with "R" and - at the same time - divde the 2nd block by "R", you get two new blocks. This is allowed because the series connection of both transfer functions does not change.

The first one is a damped integrator (lowpass) and the 2nd one is an IDEAL integrator. This gives the classical active "state variable" structure which is nothing else than one alternative for an active realization of the passive reference structure.

EDIT 2: If we describe the voltage-current properties of the passive RLC circuit in the time domain we arrive at a differential equation which can be transferred into an integrating equation. A blockwise realization of this relationship leads to the well-known state variable filter realization as mentioned under EDIT 1. Hence, this system with two integrating blocks and a feedback loop is an active realization of the passive RLC reference circuit. As a result, we have two different circuits (passive, active) having the same transfer function. The feedback circuit as shown in the task desription is a slight modification of this arrangement (as explained under EDIT 1).

It doesn't need to have a feedback loop, you could rearrange it in many different ways. However, writing it so it has a feedback loop allows you to apply all the knowledge you already have from control engineering since the shape/structure is there same.

It does not need it, but it can be helpful to represent it in that way in some applications. Remember that the blocks after the summing joint represent the "model" of the object itself, be it a circuit, or some other system.

edit: You could add compensation after the "model" blocks, so I will warn you about that. 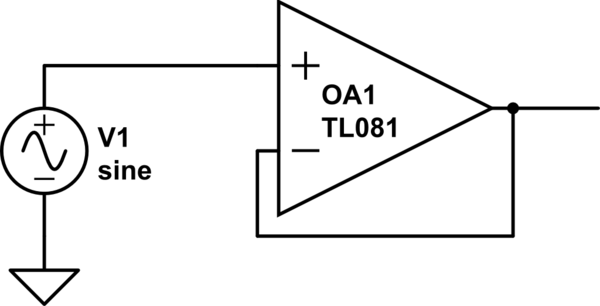 Great question. You are asking essentially 'what is feedback?'. Suppose you had a transmission line driven by an un-matched source and terminated with an un-matched impedance so that you get a reflections. Here we would say that there is feedback as we see a time delay, reflection/propagation, and combination at the terminals. The signal transient shows a damped ringing response modeled as a feedback loop (s-parameters). Now consider a resistor divider vs-r1-r2-gnd driven by a step source vs at r1. How does the circuit 'know' what value of current and what voltage across each resistor is required? If we imagine a propagation delay we 'see' a current transitioning from the source through r1 to r2, a buildup of potential at r2 which modifies the current into r2 with 'feedsback' information to limit the current to (vs-v2)/r1 as v2 builds up to its final 'steady state' value of the divider output. The delays involved here are super small so we assume them to be instantaneous as opposed to the delay line we started with. Adding a capacitor at r2 enhances this transient feedback effect (adding delay) but we analyse this in closed form as ~exp(-t/tau) rather than a feedback summation of delayed (transmission line) wavelets, a feedback loop as you point out in your example. Feedback is physical and it is modelled. The model may hide the feedback or it may focus on it. This differentiation between physics and math has been one of the main difficulties in understanding feedback system behaviour. So again, great question!

Not the answer you're looking for? Browse other questions tagged feedback block-diagram or ask your own question.

3
Delay and Stablity in Negative Feedback Systems: Confusion
3
Making a Radio Work
5
Understanding the negative feedback and stablizing of a current limiter
1
Inverting OpAmp with voltage divider in feedback loop
0
Feedback Block Diagram Reduction
4
How do I implement a feedback to keep the DC gain at zero for this conceptual passive filter?
1
Feedback Circuit schematic to Control Theory block diagram?
3
Transimpedance Amplifier Gain Analysis
0
Current Sensing on positive and negative voltage rails
0
draw a block diagram for the system