Indentifying a JL chip in a Bluetooth

I'm new to electronics and my Bluetooth speaker broke and want to fix it. This is the chip I think I need to replace. 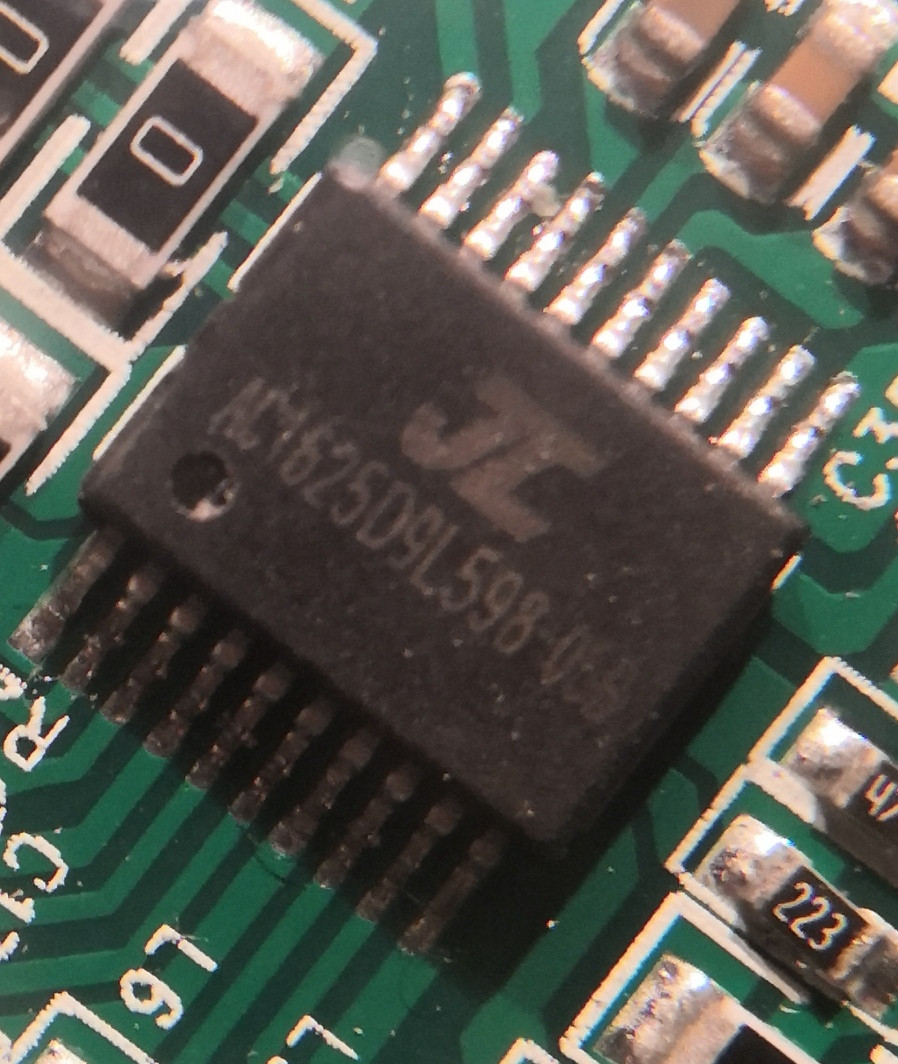 Can anyone help me find this chip's datasheet? I just need to know what each pin does. I have tried to find it but I couldn't find any info on it. Maybe because it's from a dirt cheap speaker.

...but this particular part does not appear to have an publicly available datasheet.

This appears to be a part number specific to the programming of the CPU/DSP based on a generic part. For example, here is a zh-jieli JL 6905A that has a BT 4.2 radio. So these cheap little BT 4.2 gadgets from 2017 onward may have this generic device:

It may be that buyers order a specific programming and the actual number JL stamps on the device may be tagged to the buyer. It seems that even specs for a generic device can't be found on their site and I don't know why.

It's possible this PDF might be the one for yours, try following some of the signal paths and see if they agree with the pinout.

So I believe what you'd need to do is find another board with a chip that has the same number and lift it, because it seems you can't order one from anywhere.

The generic device for BT 5.0 version such as in the fosiaudio amplifiers (eg ZK-502T line) may have very similar specs to this one, other than improved bitrate and XMT power.

This is the manufacturer http://www.zh-jieli.com/, look there.

1
identifying transistor(?) : C945 P73C
9
Help identifying pwm controller "67A"
5
How to identify unknown component
0
What to do with unused chip amp channel?
0
PCB components identification and reference designators?
2
Replace/refresh 7 segment display of vintage 80's clock radio
0
Can anyone identify this IC (in a Sebo Automatic X4 Extra vacuum cleaner)?
0
Found these supposed "op amps." Does anyone know how I can identify them properly?