i need to get out from PoE cable 1A of power in order to drive some LCD Displays and leds, i've digged around and i've found some interesting POE extractor that can fit my requirements (like the RT9400), basically, what i need is: 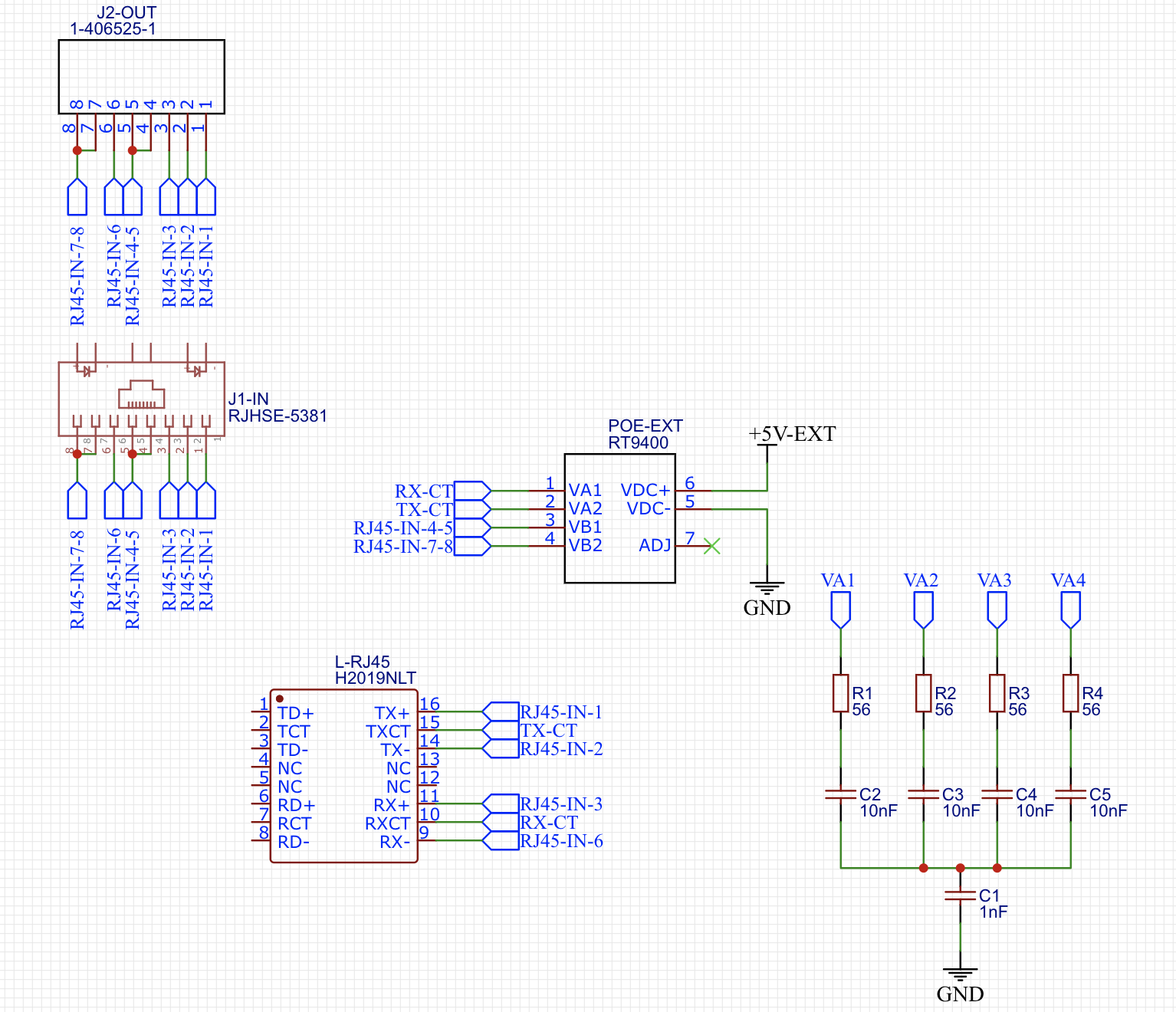 Basically, J1-IN has a branch that will go to RT9400 PoE Extraction module, and J2-OUT will go to the ESP32-POE/ISO.

As you can see, i've only wired a part of the total H2019 transformers.

I'm not sure if it will work for two main causes:

This is the main block logical idea: 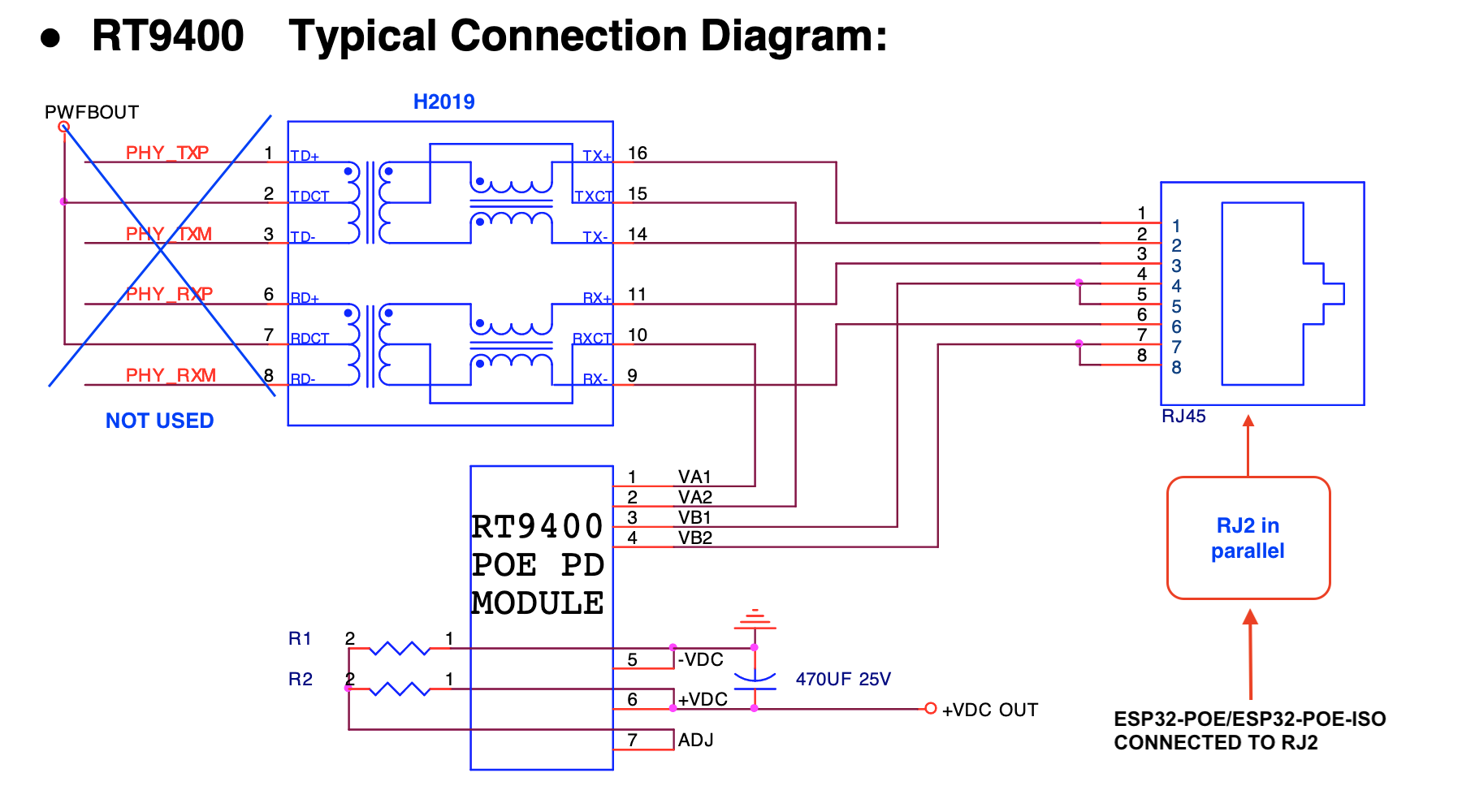 It can work? do you have some advices?

As standard Ethernet links are point-to-point, the PoE also assumes it is point-to-point link, meaning, one Power Sourcing Equipment (PSE) will connect to one Powered Device (PD).

It means that two Powered Devices cannot be paralleled. The detection of a PoE PD happens by setting a certain resistance on the power lines when the PSE tries to identify the resistance. When you parallel two PDs, the combined parallel resistance will be out of limits for detecting a valid device, and the power negotiation will not continue.

What might work is that with power extracted by RT9400 PoE extraction module, you feed a PoE PSE module that re-inserts power for the next device.

As i understand the phy doesn't intervene in POE negotiations, it's just the POE device doing that. regarding the negotiation it should either work if you have a poe injector (assuming it can provide enough power) or do nothing ref, the poe extractor does the negotiation not the PHY, the datasheet of your device explicitly says it supports IEEE 802.3af so that shouldn't be a problem.

also take a look at the Wikipedia article on POE, there you have more info, such as the wiring of poe, and how it makes sense

edit: the specific schematic will depend on the particular module you use, the logic it follows is the same, however in some modules it requires previous rectification as in page 4 of this datasaheet (and in the POE esp), in the case of the extractor you proposed you most likely would be able to use a rectification stage as a side effect having a small loss of efficiency but making the design more universal

2
High Voltage Non-Standard Common Mode POE
0
Does 802.3af compliance require support for both Alternative A and Alternative B?
0
Parallel PoE injector from pc psu?
1
PoE design to support both Mode A and B
1
Single-package DC/DC converters for PoE -- good idea?
2
How to properly read current of a PoE Mode A device?
3
how to make an obfuscated network cable
0
Protect RJ45 CAN from POE
0
Whole-house DC using PoE cheaper than multiple 5/12 V wall warts?