So here is what I understand: 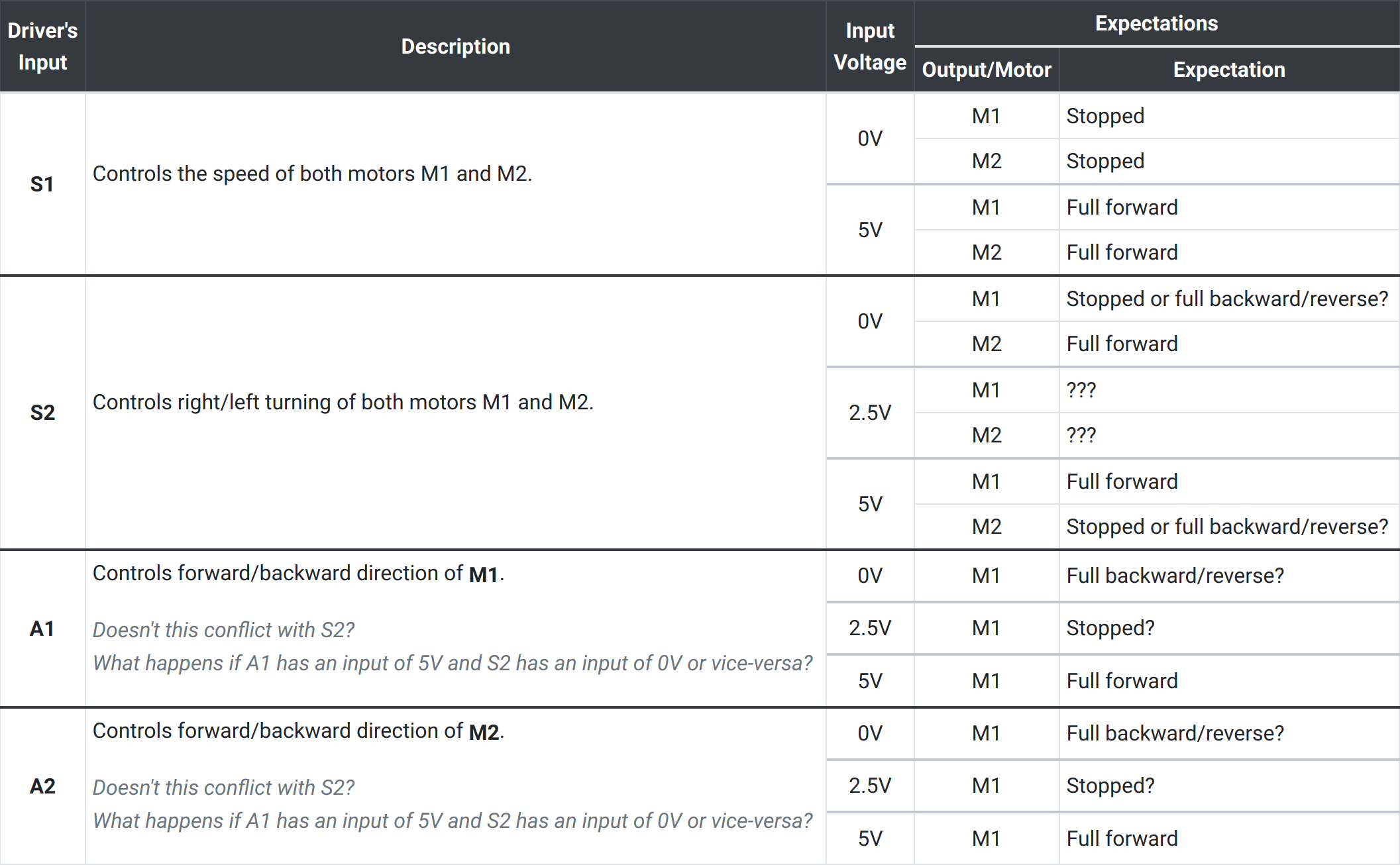 At this point, I'm not even gonna try to understand how the other configurations work since they seem even more confusing. So I guess I'm just gonna keep trying things until I understand or until a very kind person explain me how it works. ;)

I know there are libraries available but I don't want to use them.

DIP Switch 6 determines whether the motors are allowed to reverse direction.

DIP Switch 4 is responsible for independent and mixed:

Independent: Each motor has its own control signal. Simple.

I would expect the following:

Things get interesting when you turn mixing on.

In mixed bidirectional, I would expect a throttle signal of 50% keeps both motors at an average RPM of zero.

In mixed unidirectonal, I would expect a throttle of 0% to keep both motors with an average RPM of zero.

In mixed bidirectional, I would expect a differential signal of 50% to keep both motors turning in the same direction, if they are turning at all.

In mixed unidirectional mode it gets a bit fuzzy how the differential signal behaves. I am unsure whether a motor can actually reverse if you have zero speed on the throttle and change the differential. But it makes the most sense (and the manual seems to imply) that it can reverse allowing for a vehicle that can only go forward but truly turn on the spot.

Otherwise you have a vehicle that tries to spin around one static wheel when you try turn at zero speed. But it's possible the controller enforces the unidirectional setting that strongly. 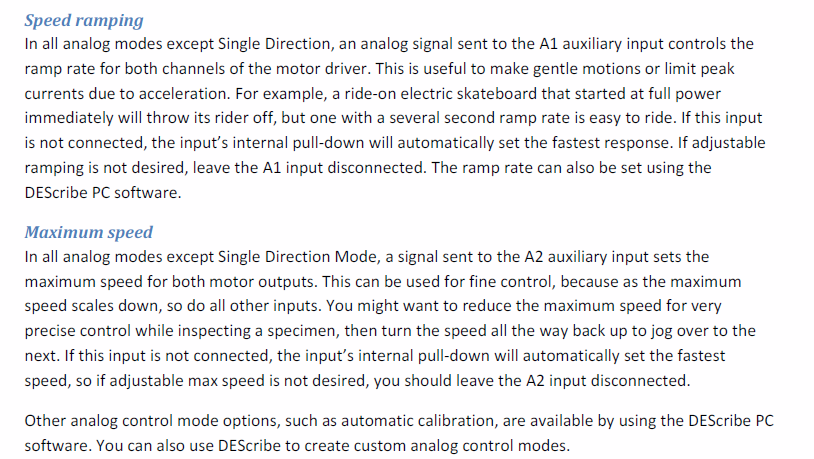 Not the answer you're looking for? Browse other questions tagged arduino motor analog or ask your own question.

6
How should I use rotary switches and resistor networks to uniquely relate each possible combination of switch settings to an analog voltage?
3
Proper PCB grounding with several general purpose ICs
0
How do you control 130-size DC motors with an Arduino (seemingly 20A DC motors)?
2
+5v and -5v power
0
Formula for how much power a motor generates
0
Arduino resetting or malfunctioning when controlling 48V DC motors with relay module
0
Will this motor driver work with a lower voltage?