At what point should I start considering to split the analog and digital ground planes?

I am designing a PCB which reads analog signals via some ADC, my circuit looks like this: 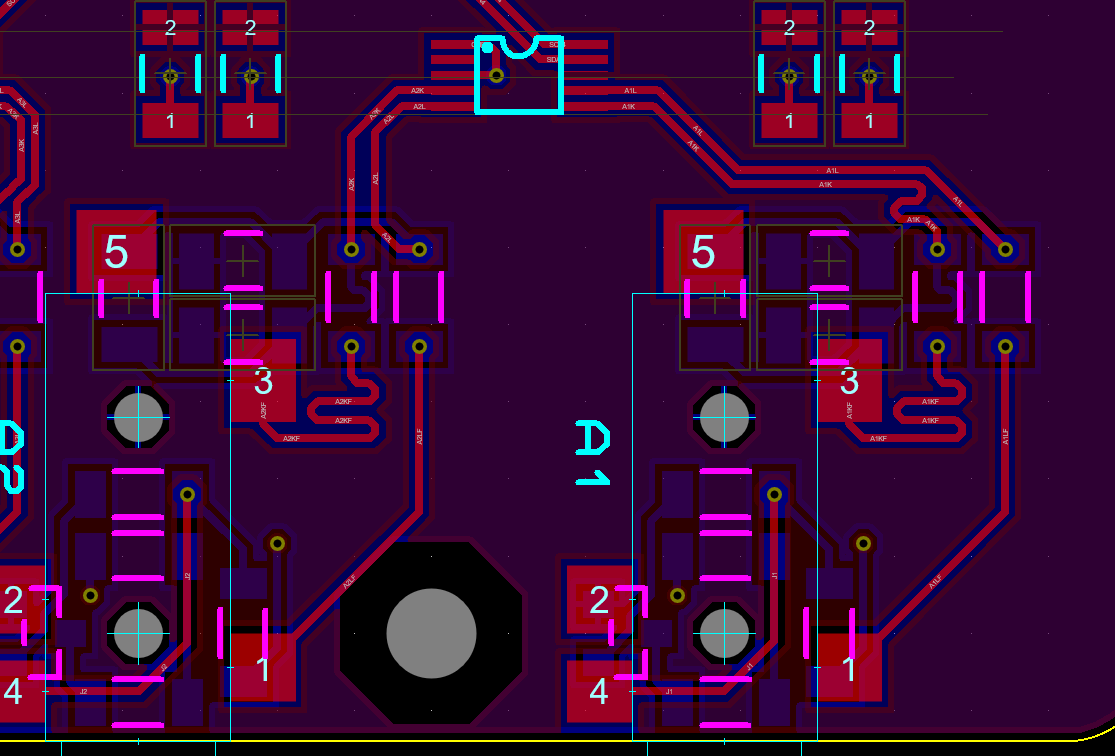 I already have a prototype and it works great, but because there are some minor adjustments, the opportunity is there to improve the design. I would like to respect good design practices.

If i make another plane for the analog ground how would i connect them to the digital digital ground? Should i use some ferrite? and what values? 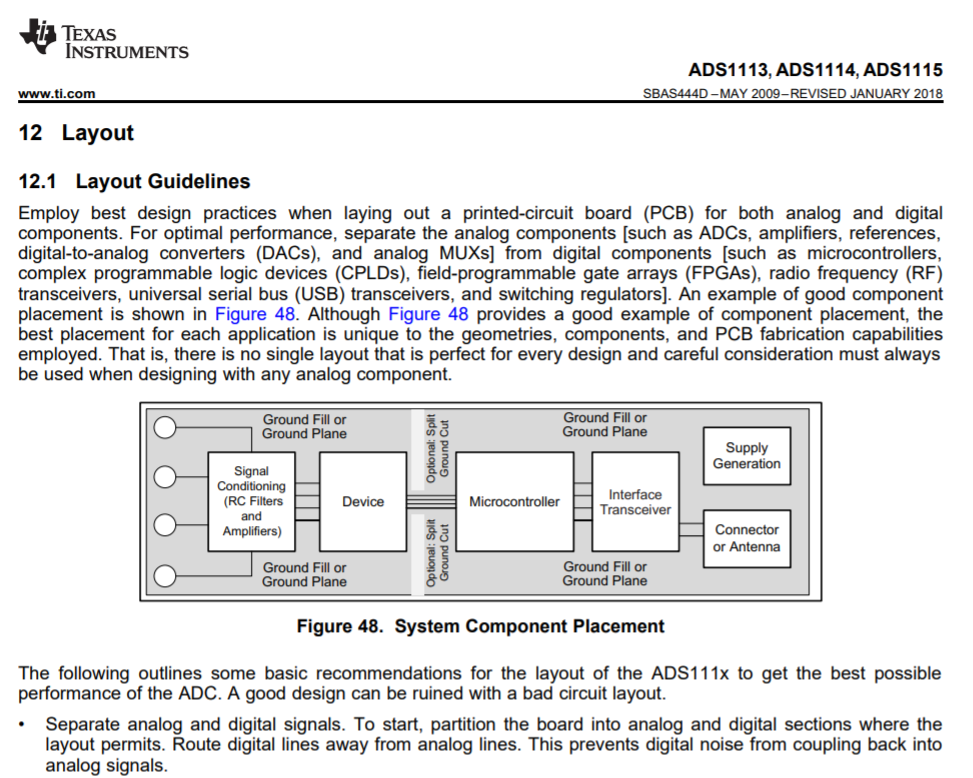 Thus if you expect extreme dynamic range in the ADC, you need to plan the paths of charges.

Local batteries are one way to keep most of the spikes and trash to be local to the circuit demanding the sudden surges of charge; a LOCAL BATTERY is a shunting capactor and a series resistor or inductor; this series/shunt is just a low-pass-filter installed in the VDD path. You must attach the GND end of the capacitor to the GND node in the spike-generating circuit.

I've used this Local Battery concept to implement (first pass successful) a 4-gain-block amplifier of Av = 600,000 for a magnetic beacon detector. The gain distribution was 20X (low noise amplifier), 1/2/4/8 (selectable to fine tune the ADC loading), 8/64 and 8/64 (for gross adjustments of gain, as distances changed). Gain was 26dB LNA + 5 * 18 or 90dB === 116dB total. Lots of twisted pairs were used from sensor, and to ADC, to minimize those magnetic fields. And nearby black-brick switch-regs were bad. Passband was 50KHz to 300KH with many poles and zeros to craft the response.

Other ways to guide spikes and trash are ----- slits in planes.

Generally, these splits of GND planes are made as a function of frequency. As your sampling speed on the ADC goes up, you can see harmonics between the power supply feed-through from the digital and the analog sampling clocks. You can overdo this however, I have seen people arbitrarily spit planes and then had to rectify the ground loops. 70Hz is relatively low speed. If each device on the digital side has it's own capacitor to debounce it, you are unlikely to see feed through on the supplies lines.

For 1GHz sampling ADCs, we generally have matched line lengths and no planes due to how much charge "sloshes" around on the planes.