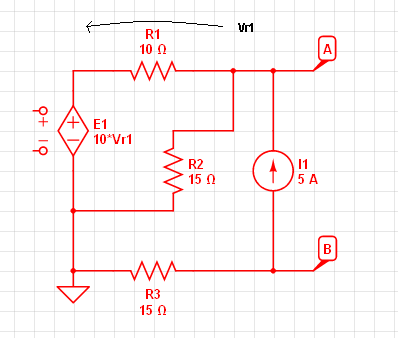 Why do I have to consider the controlled voltage generator?

And thereby why I cannot eliminate the current source I1 and in the example in question it gets replaced by an 1A current source?

If the 1A current source mentioned is, in fact, the test source, you should zero the 5A source to find the Thevenin resistance of the circuit.

But, you get the same result if you simply zero the 5A source which sets the open circuit voltage to zero. Then, you get the Thevenin resistance directly from the value of voltage across the test source.

In other cases it is true to assert that the controlled generators are not to be eliminated and so the other generators (current and voltage) are to be replaced by unitary generators?

I honestly don't know where this idea comes from. A unitary generator is typically used as a test source but I'm not aware of any reason to replace the other sources. Perhaps you should expand this question a bit. I suspect there's a misunderstanding here.

Not the answer you're looking for? Browse other questions tagged analysis thevenin or ask your own question.