I would like to create a Power outlet IiT (220V 10A for home typical usages),so I am gathering the circuit which is needed on it. (all can see here)

One part of it is Under-voltage protection, so I decide to use this system: 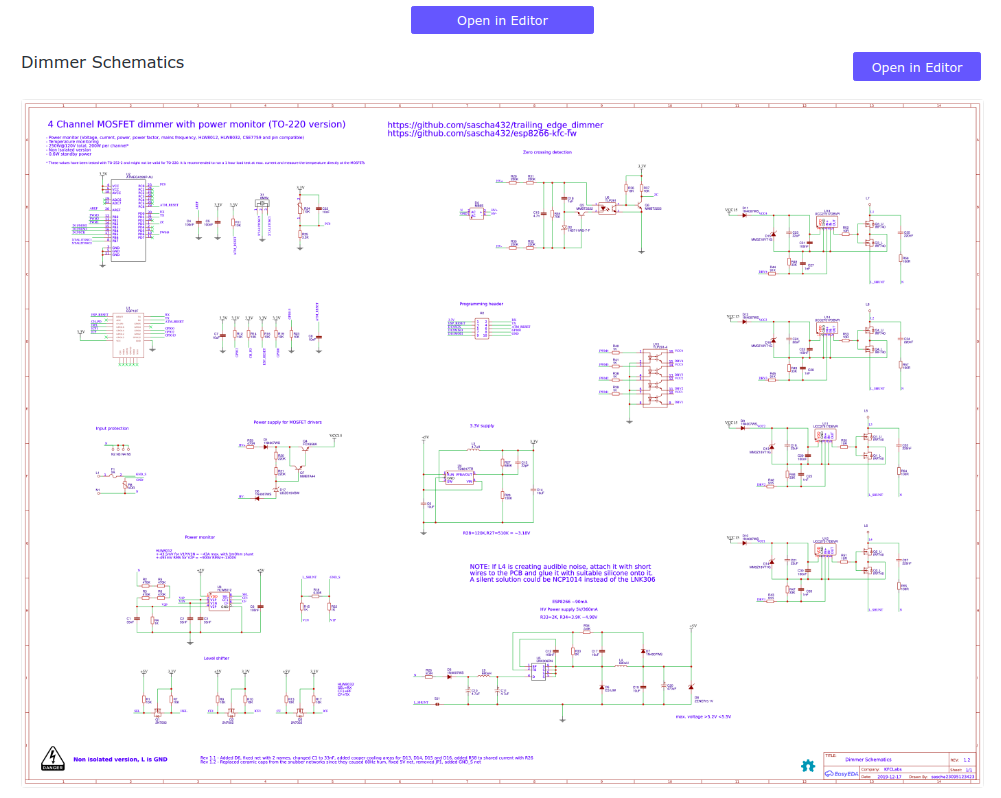 For the moment, this is the current status of my circuit: 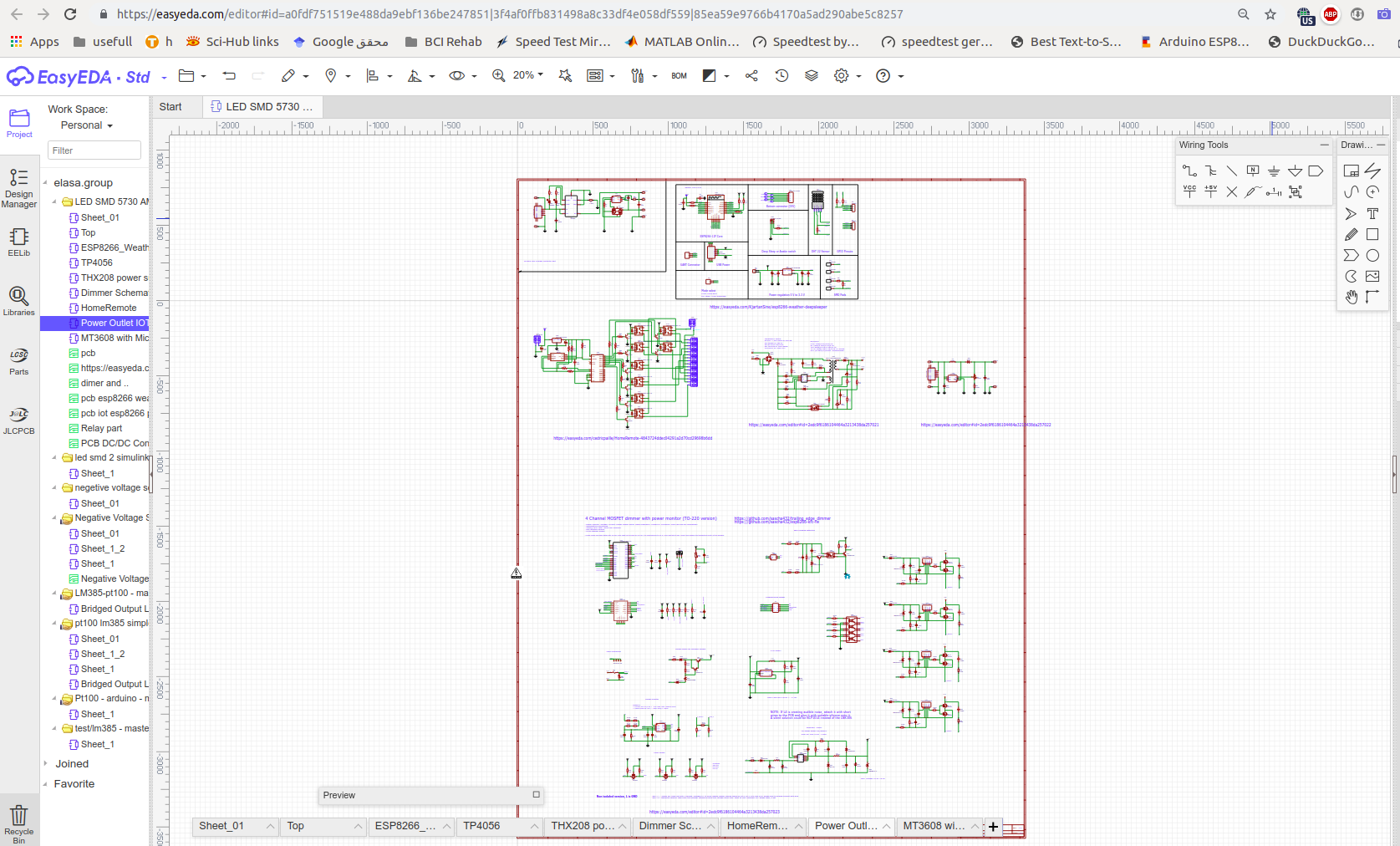 It needs to have some components changed because they cannot be found at my aria.

One of them is the HLW8012 based circuit: 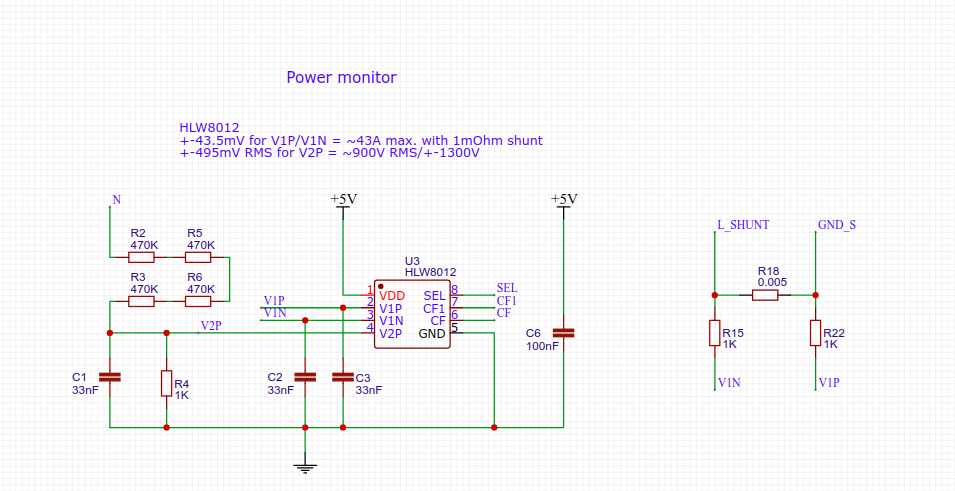 The above circuit has a GND isolation problem also, but I would like to know what other ics, like the HLW8012, are suitable for the task and cheap. Or should I replace it with another 220v power meter circuit?

that is a special-purpose IC for people who need to build least-cost, more than 10,000 pcs monitoring in isolated environments. Sonos used that in a single generation of their "smart plugs", and now people think it's just the thing to use in their unisolated environment.

It mustn't be used in your context. Good news is: you probably don't need it, anyways.

What it seem to do (only Chinese documentation available, which means, unless you studied electrical engineering in China, not the chip you even consider using. Documentation that you understand is not optional.) is measuring both voltage and current at once.

And since "power metering in IOT" means you have some sort of microcontroller in your device anyway:

Just make sure your microcontroller has two ADC channels, doing at least say 100 kS/s, and you can just alternate between current sensing, very cheaply done using hall sensors or just current transformers, and voltage measurement, which can be done in an isolated fashion (because your ADC will hardly be any significant load, read your microcontroller's datasheet on ADC characteristics), by using Y-capacitors to build a capacitive divider. The rest is just rather trivial math in the microcontroller.

There's no need for that chip in any application that someone would design that is not optimized for a VERY high number of sold units, and even then, you'd need an engineer that can read a Chinese datasheet, or a team of engineers to reverse-engineer the IC, and before you'd do that, you'd simply design your own or get a different IC.