What is the difference between RMS and DC?

The "RMS" value of an alternating voltage is equivalent to a DC voltage that would generate the same amount of heat in a resistor as the AC voltage would. And RMS = 0.707 * Peak value [N.B. Sine wave]

I've seen the mathematics related to it for many years. But what does this mean? If the RMS is the heat equivalent, then what is DC? How are they different?

I've included a full-wave rectifier and it's filtered output below. 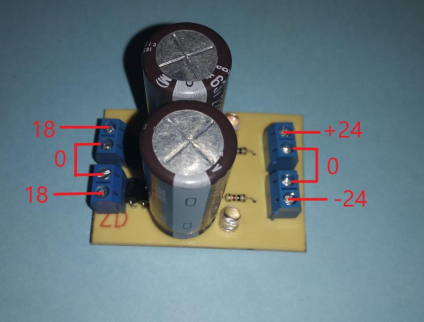 I will assume we're only talking about pure sine waves here.

"DC equivalent" is wrong. You mean 1/2 cycle average (average over a whole cycle is obviously zero.

If you have a precision full wave rectifier (such circuits exist) and then filter the output with a low-pass filter you will get the average of about 0.636 times the peak.

Because power is proportional to voltage squared when applied across a fixed resistance we can calculate the DC voltage that would result in equivalent heating as the RMS voltage. For a sine wave that's about 0.707 times the peak.

The RMS voltage is about 1.11 times higher than the average for a sine wave. A cheap multimeter on AC current and voltage ranges will full-wave rectify the input signal and then display a number 1.11 times higher than the actual voltage to give the user an approximately correct number for a sine wave input. For example on a North American mains it will show about 120VAC.

You can see enormous divergence between the two if the waveform is 'spikey', for example, a waveform consisting of +63V pulses at a 1% duty cycle (say 10us on, 0.99 ms off) has an average of only 630mV but an RMS value of 6.3V so a 6.3V pilot lamp will illuminate normally.

With regarded to your added info, the diode + capacitor acts more like a peak detector than a low-pass filter.

With no load (ignoring the diode drop) the output voltage will be equal to the peak input voltage.

If you want to see something approaching the 0.636 (ignoring the diode drop), remove the capacitors and measure the voltage on a DC range.

Not the answer you're looking for? Browse other questions tagged voltage power ac rms or ask your own question.

4
Half-wave rectifier and RMS value
0
Is RMS value of a pulse wave practically useful?
0
AC RMS and DC average voltage
0
Mistake in reading a rms voltage
3
Why use RMS instead of the average voltage of half the cycle for power
1
Why is the output DC voltage of full wave rectifier not equal to the RMS of the original AC input?
0
Multisim RMS value
0
Is the peak-to-peak voltage the same as the peak voltage in rectified voltage?