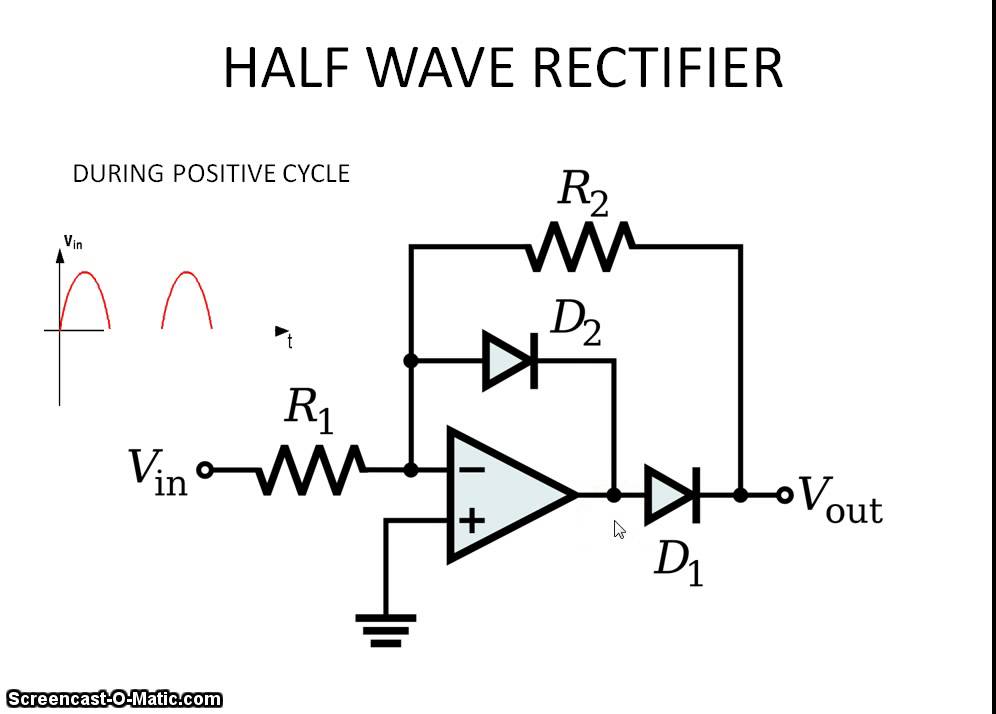 During the positive cycle operation of the circuit, the reasoning goes as this:

As with any inverting op-amp circuit, the op-amp is trying its hardest to keep both its input terminals (\$-V_{in}\$ and \$+V_{in}\$) at the same voltage. Because the open-loop voltage gain is so high, if both inputs weren't kept at the same voltage, the op-amp output would "slam" against one of the power-rails. This balancing mechanism is called negative feedback.

So, with a positive voltage at \$V_{IN}\$, the voltage at the inverting input (\$-V_{in}\$) is naturally attempting to be positive and because of this, the op-amp output is becomes negative to try and maintain the input balance at 0 volts. This is because the non-inverting input (\$+V_{in}\$) is at 0 volts and the op-amp is obliged to force that balance when negative feedback is used.

It is my personal opinion that when answering such fundamental circuit questions, we must try to say something new, personal and experienced by ourselves... rather than repeating the same well-known explanations that can be easily found on the web with the help of Google. Indeed, we have to answer the specific OP questions... but we also have to reveal the philosophy behind the specific circuit solutions. I will show how we could do it in this case.

Circuit diagrams are best understood and explained by showing where currents flow and what voltages are across the key elements. In addition, if we draw the diagram appropriately, we can immediately see the basic idea and easily explain it. Following this advice, we can draw the precision diode rectifier diagram so that all elements with positive voltage are above and elements with negative voltage are below the zero voltage line (ground) - Fig. 1. Then we can present the values ​​of voltages by means of bars (in red) with proportional height (length) and the trajectory of currents - by closed lines (loops, in green). 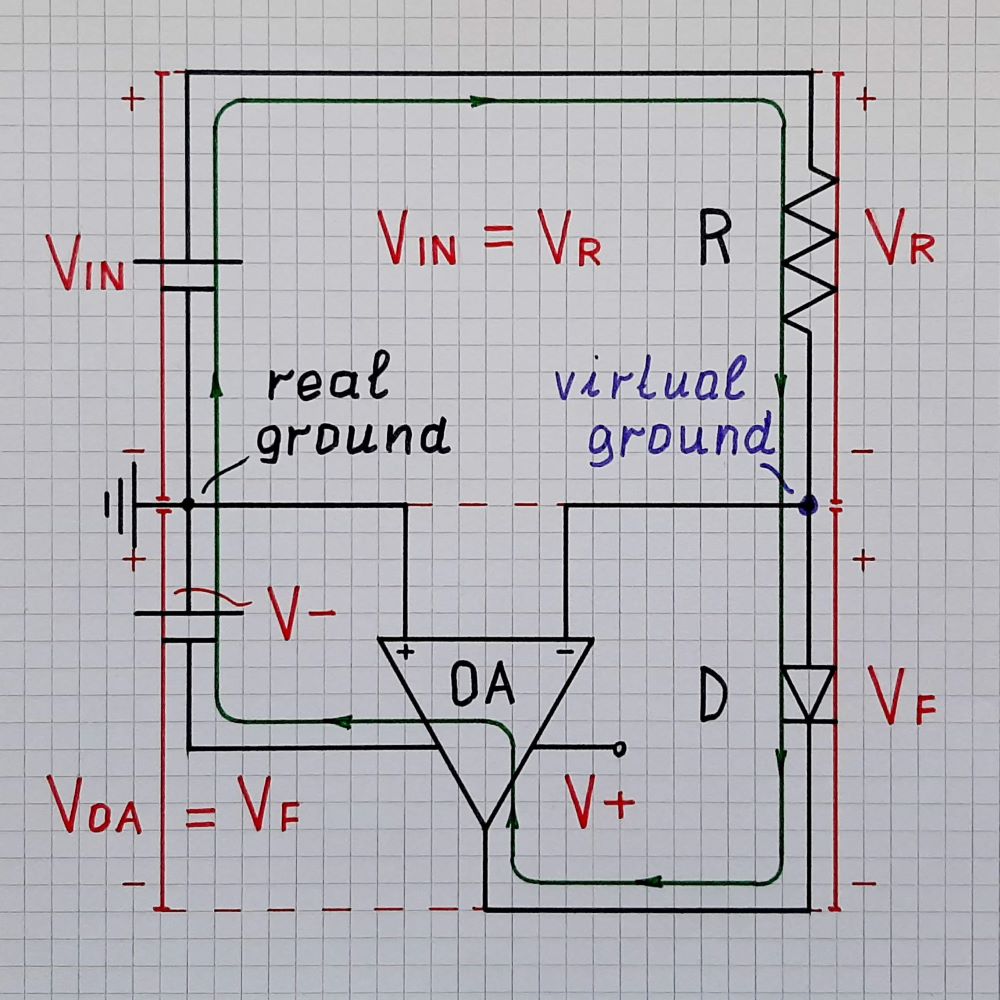 Fig. 1. The precision diode rectifier diagram drawn "geometrically": Trying to maintain a zero voltage difference between its inputs, the op-amp output voltage "goes down" below zero with VF.

The result is surprising - we see that the four elements (VIN, R1, D2 and VOA) are connected in a circle and the same current flows through them. Let's then replace the real op-amp circuit with a simpler equivalent electric circuit - Fig. 2a, where the op-amp output is represented by a (variable) voltage source with voltage VOA = VF. 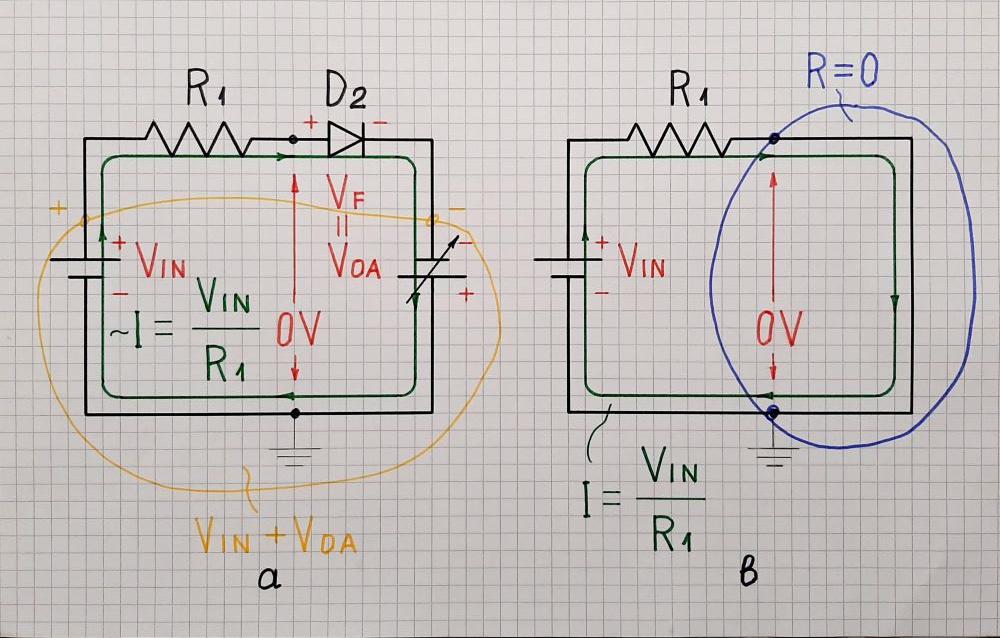 Fig. 2. An equivalent electric circuit of the precision diode rectifier

It is interesting that the two sources are connected in series in the same direction so that their voltages (VIN and VOA) are summed up. So we can think of them as of one composed voltage source with voltage VIN + VOA. The meaning of this is that the voltage drop VF of the diode is compensated by the additional voltage VOA and the current is I = VIN/R1... as though there is no diode connected. The combination of the diode D2 and the op-amp output is equivalent to a pice of wire with zero equivalent resistance - Fig. 2b. This circuit is known as "ideal diode" (it is "ideal" in the sense it has zero VF).

Note the ground is not clearly depicted; it is only hinted (in gray). The reason is that this explanation does not need any ground - neither real nor virtual... It is valid even in the case of a "floating" circuit... it is universal... But the conventional explanation is through the use of the virtual ground concept.

The main question is, "Why do we need zero voltage at the common point between the resistor R1 and the diode D2 (virtual ground)?" Or, in other words, "Why is the diode D2 needed?"

The answer is short and simple: It is necessary to prevent the direct transfer of the input positive voltage through the resistors R1 and R2 to the load. Such a transfer is possible since the diode D1 is backward biased and the op-amp output is disconnected from the load.

22
Half-wave diode rectifier - is textbook wrong?
1
Output of diode clamper circuit for a sinusoidal wave input
1
Is forward biasing or reverse biasing an inherent property of a diode?
0
In this clipper circuit, what is the value of output voltage when the diode is off?
1
Interpreting the ripple curve of a half wave rectifier
0
Clamper circuit, how to apply kirchhoff when the diode is turned around?
0
Diode capacitor circuit, what is the output across the diode?
1
Understanding how the simple precision rectifier works
4
Understanding the precision rectifier
1
Why is the voltage across the resistor R zero during the negative half cycle for a clipper circuit?