I am starting to get beyond frustrated with gates and breadboards now in general because of this simple circuit (which is literally experiment #1 in my digital logic class).

I can’t get a consistent Logic level for each binary code value; ie it works except it’s off for 1111, or it works except 0001-0011, etc. I will try to post as many pics of the info I’ve done so far. I cannot get this to work. F worked for a little but I messed around with it and lost it. The teacher is no help; says my designs are fine yet gives confusing vague answers about literal connection junctions and how and why each affects the other based on gate voltages or whatnot and states no resistors at all are needed and that it is irrelevant whether or not empty inputs remain floating or empty etc. based on everything I’ve read my thoughts have become soup. I know how to theoretically do it; I’ve even simulated it out and the functions worked fine. I cannot even count the hours I’ve wasted killing brain cells just literally making every possible combination on the literal breadboard to no avail. Tried different gate sets, even bought an arduino power supply. Sorry for such an idiotic question but I’m literally losing my interest in college based on this kindergarten level issue I can’t tackle.

How does one know where inputs and the final output should be arranged? I.e., whether npn or pnp manufacturing requires specifically pull up or pull down resistors for the LED output, and whether or not you’re able to mix and match High Current models with low Schottkey. 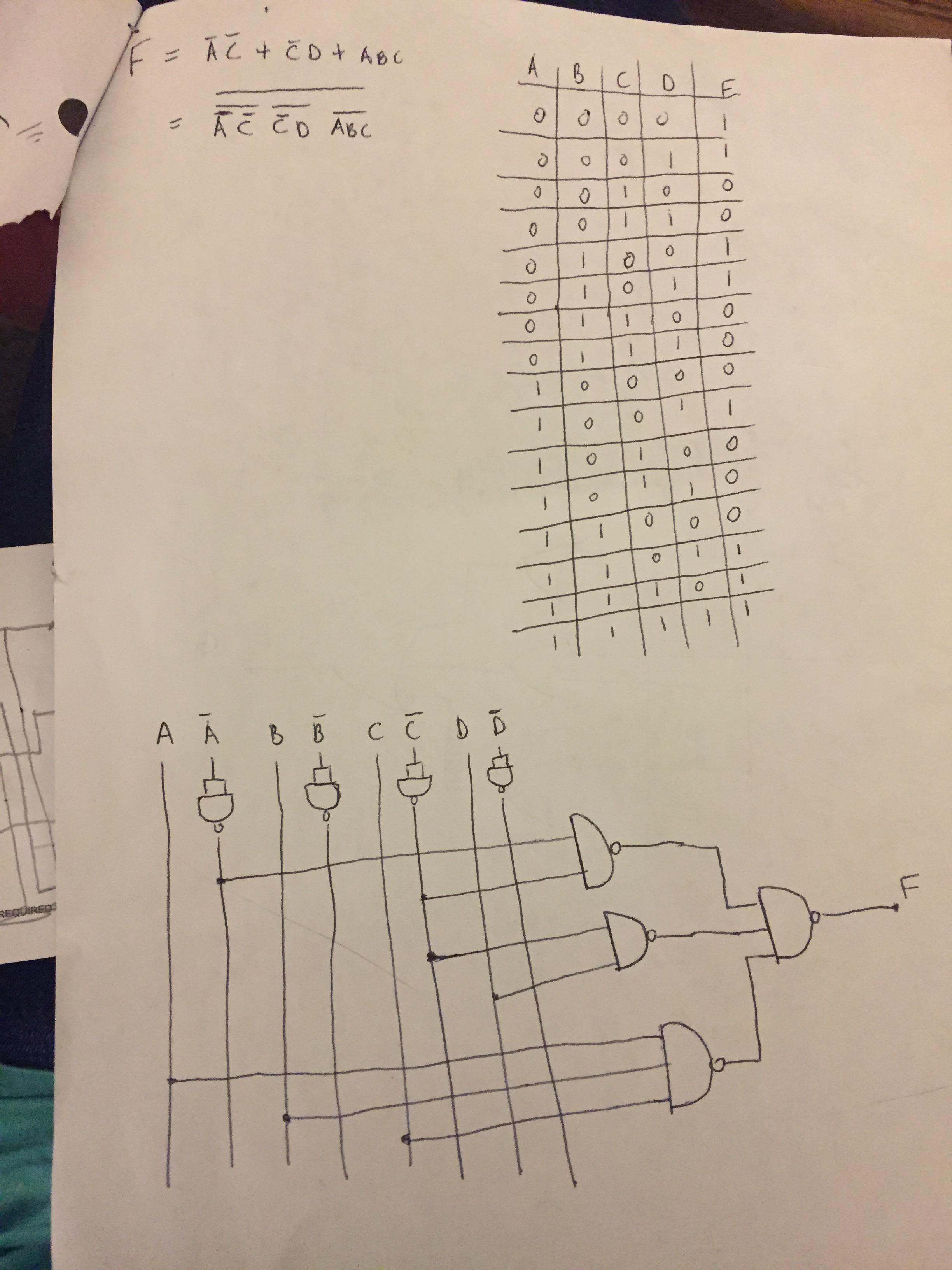 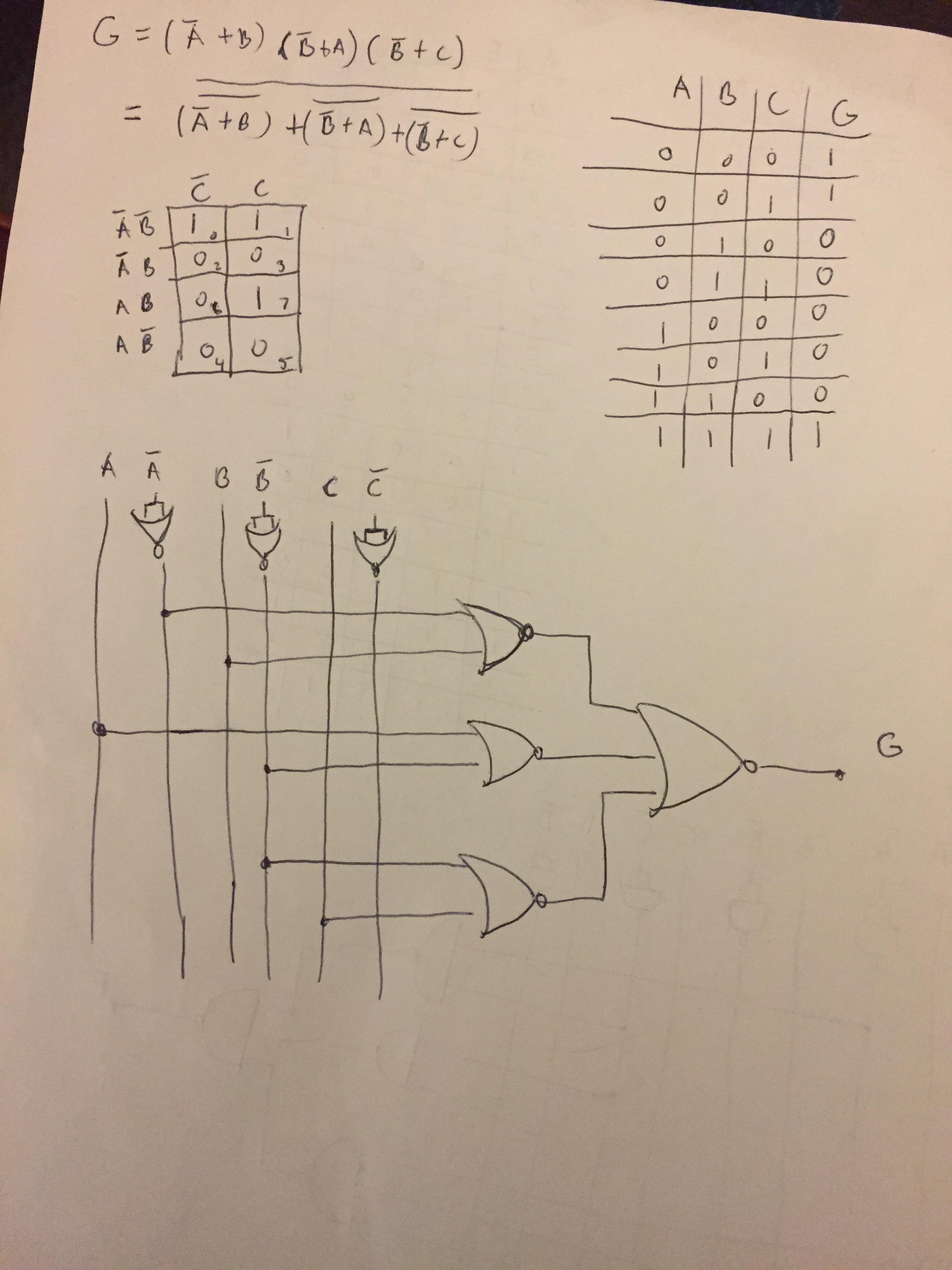 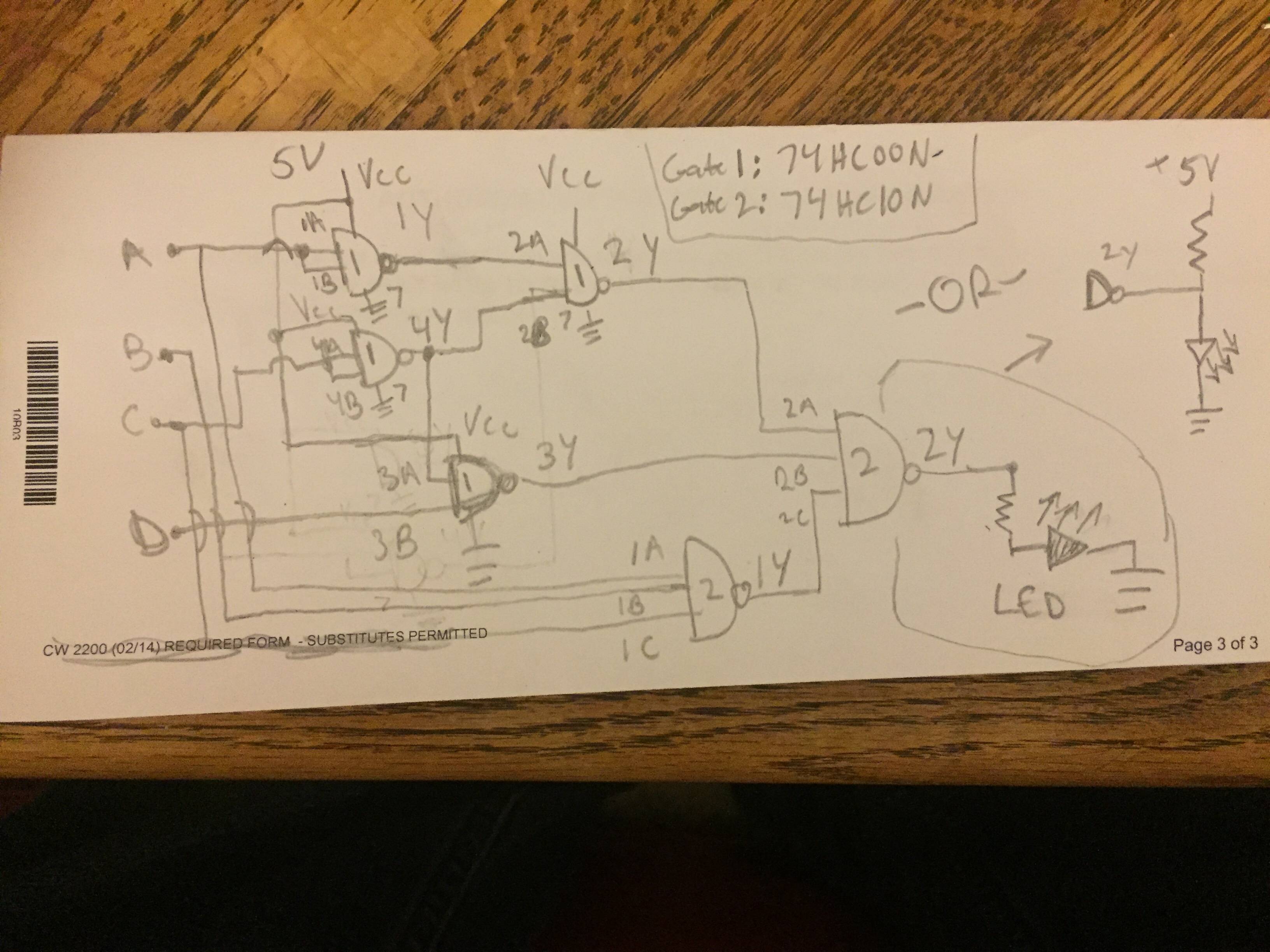 At this point I would turn to basic troubleshooting, bread boards are not perfect devices, so your likely facing connection issues, and the contacts in each hole gets worse and worse as its used more, combine this with logic chips that have probably been used 10 times before, so there is a risk that one of the inputs on a chip could be damaged

From your circuit you can for the deviations from the truth table work out what the output of each logic gate should be, go through until you find the one in disagreement, then correct the issue, be it a wire, a faulty chip, or a breadboard hole

Floating gates can be an issue for CMOS based gates, so using say 10K resistors to ground for the 4 external inputs can make sure you know all inputs are 0 until you set them high, its not likely to be the issue, rather can in rare cases be.

Edit: I would not recommend your "OR" option on the schematic, it would short out the output of the logic gate through the LED, e.g. it tries to output 5V, the LED conducts somewhere around 1.5V, and the current increases, possibly pulling down the supply voltage of the logic chip.

borrow a volt-meter (or buy one from Harbor Freight) and measure each node, and the VDD and the GND voltages, while observing the output logic state using an LED+1Kohm in series as visual indicator.

If the voltmeter touches any point in the circuit and causes the LED to flicker, you probably have a floating node. Hang a 10Kohm or 22Kohm resistor to either GND or to VDD, so the node no longer is floating.

Aren't those white-boards fun? Buy your own, or borrow a different one, that has not been ruined by prior lab experiments.

1
Battery powered Arduino on a breadboard