Recently, a rubber ring around the LED light inside my dishwasher broke, causing water to leak through. When it was replaced, I kept the old LED and I want to install it inside a closet, but I don't know the power connector to it.

Can anyone tell me what this connector is called and possibly what male cable I would need to connect to it?

There seems to be a place for 4 pins, but I don't know if it's in any way related to Molex. 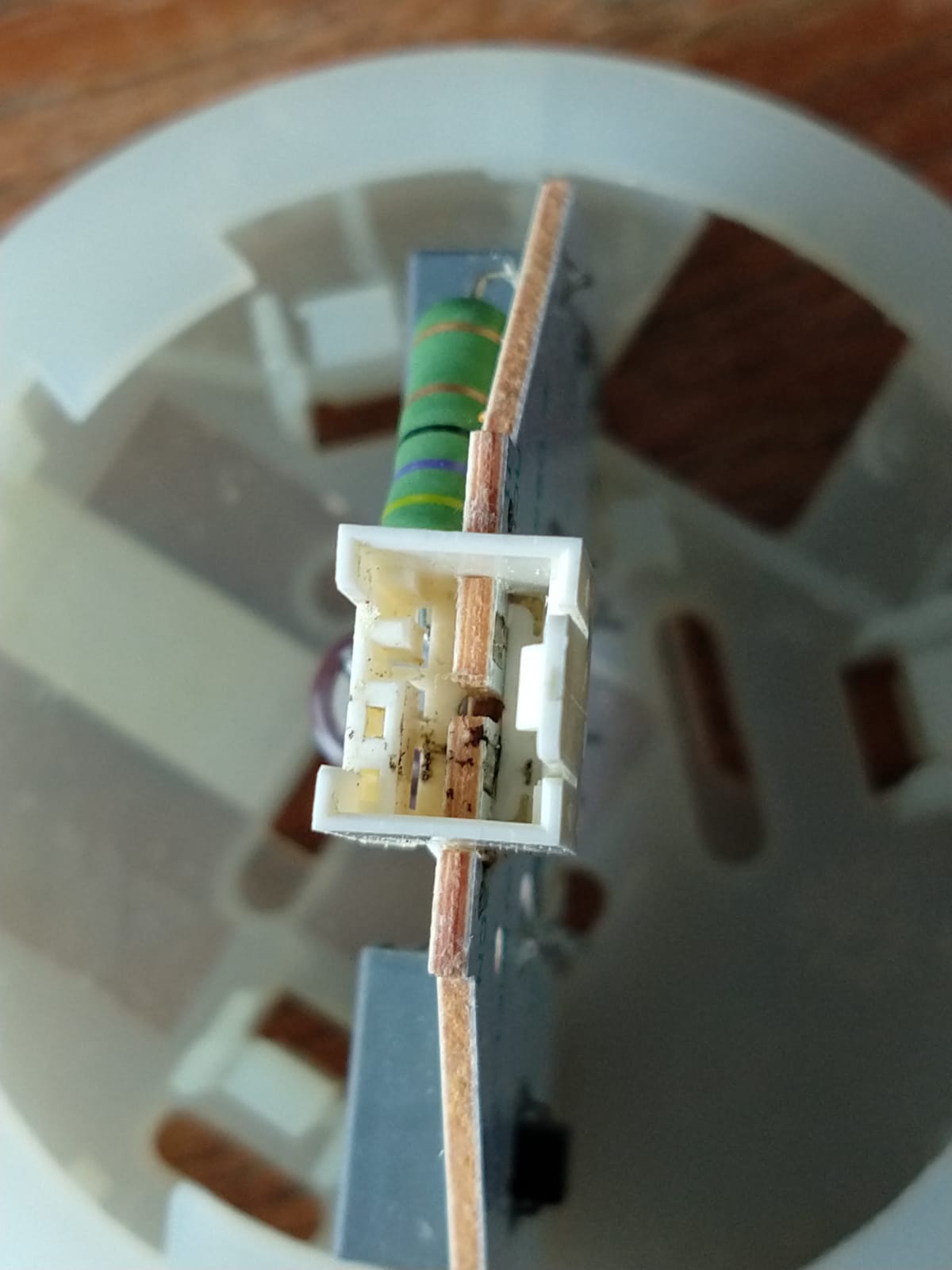 Two images of the top and bottom of the PCB 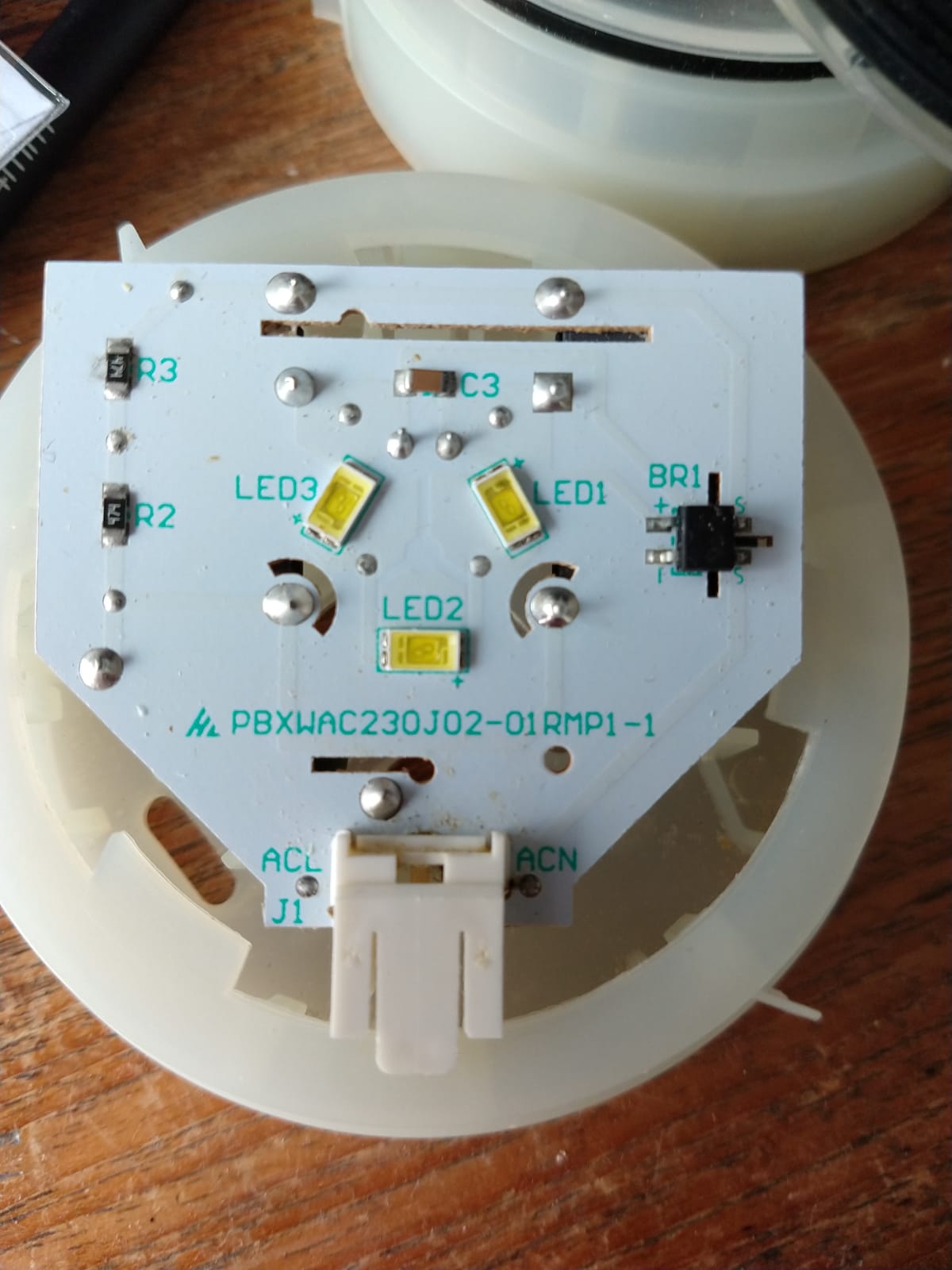 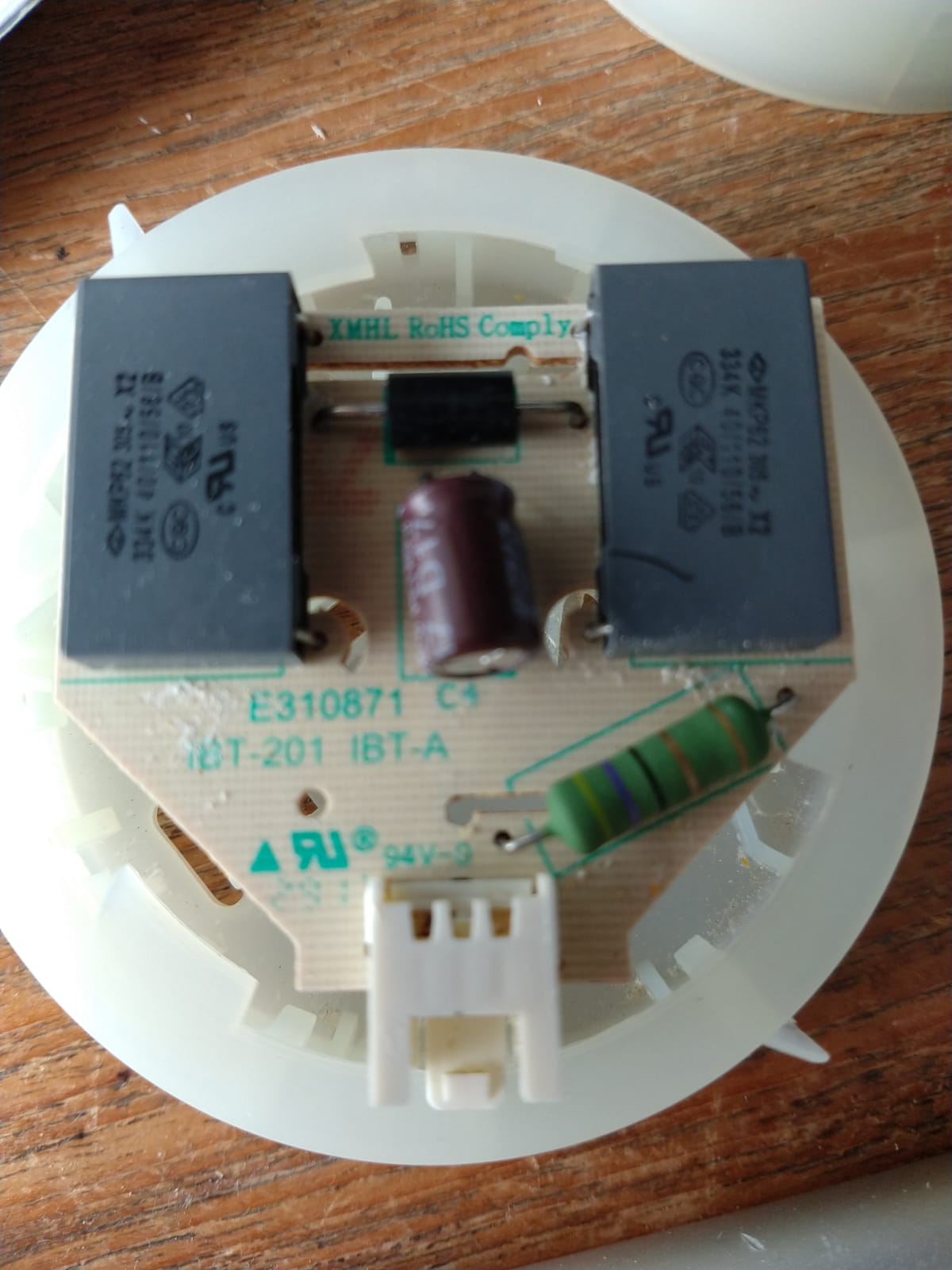 There seems to be a place for 4 pins

I understand what you mean, there are 4 spaces on the left side, but that's not how I see it working. 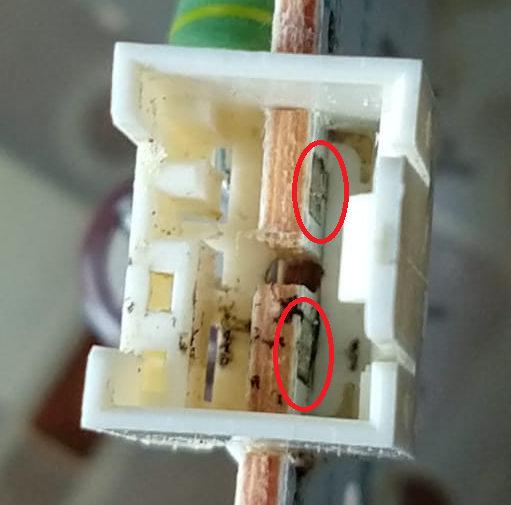 The white plastic part does not seem to contain any metal contact pieces itself, which again points towards the contacts being the PCB pads themselves. Based on that photo, I suspect the plastic part is just a latch, to hold the cable-mounted part (which is still inside your dishwasher) which has "PCB edge connector" contacts.

If I wanted to use that PCB, I would investigate removing the plastic part, as it only serves any purpose if you can get a matching part. After removing it, as peufeu commented, solder directly to the PCB contacts I have marked (or other equivalent places on the PCB, if you prefer e.g. equivalent component legs or vias etc. which are the same circuit nodes as those two pads). Secure the wires with hot glue etc.

Comments have mentioned how to drive the LED. You said:

No! If there is a 35 V capacitor on the PCB, across those PCB contacts, then the correct voltage to apply will not be 35 V (that would be an absolute maximum voltage).

It would need further investigation about the exact LED, which is not covered in your question about the connector, to learn how to drive it correctly (e.g. is it just one LED or multiple). Again, as peufeu commented, that investigation would need photos of the PCB to help reverse-engineer the schematic, and perhaps require you to do some tests (e.g. with a multimeter) to determine LED polarity (if that isn't obvious from how the capacitor is connected - the 220 uF capacitor will be polarised, so that may help).

If you still have access to the inside of the dishwasher, then some voltage measurements on the wiring to the replacement LED board might also be helpful.

Not the answer you're looking for? Browse other questions tagged led pcb connector identification or ask your own question.