i have finished my PCB design with Altium. I ran the DRC, to check if there are any errors. Strangely i got like hundreds of errors. First i couldn't find out why, but i managed to narrow it down to one footprint.

I have a footprint, i've designed it myself for a button which somehow throws multiple errors. First there are errors like:

this would say the two pads on the footprint are colliding. But as you can see in the Picture they aren't. I've measured about 0.5mm between them.

But the error which is even more interesting is the following one: 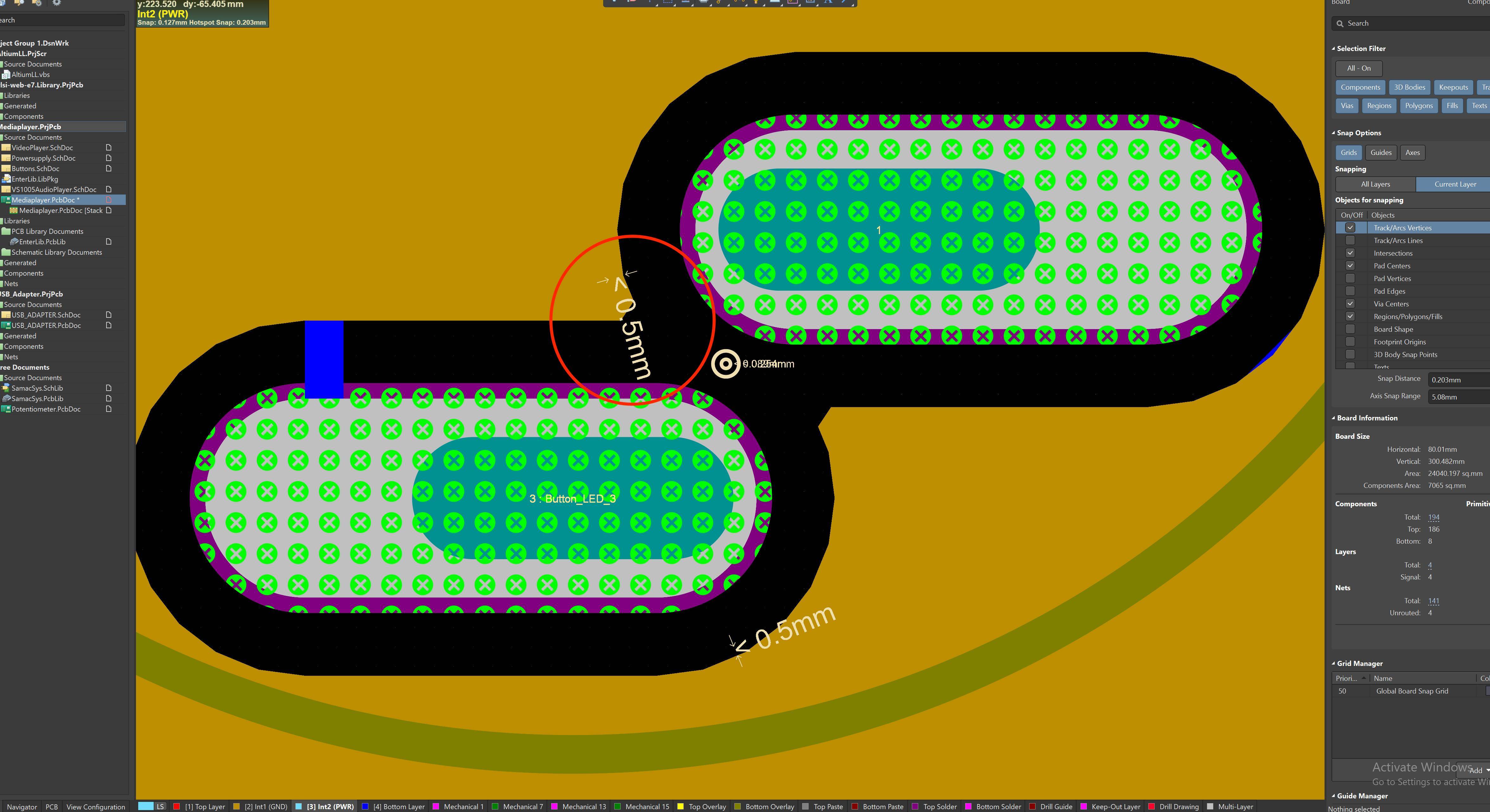 My only explanation is that the DRC thinks the Pad is bigger than it actually is.

Im really lost, i tried to edit the footprint, to edit the rules, nothing worked. It might be a small fault, but i really want to figure it out.

Does anyone have an idea why this error is caused?

EDIT: i asked Altium, they didn't figure it out... i just ordered the PCB with the errors. The Gerber seems to be fine.

I eventually ordered the Board with the Errors. Turned out fine. Altium Support wasn't able to help.

I solved the problem whem I change clearance from "Any net" to Different net only". I got this problem when using a newer version of Altium to open a file saved from an older version. 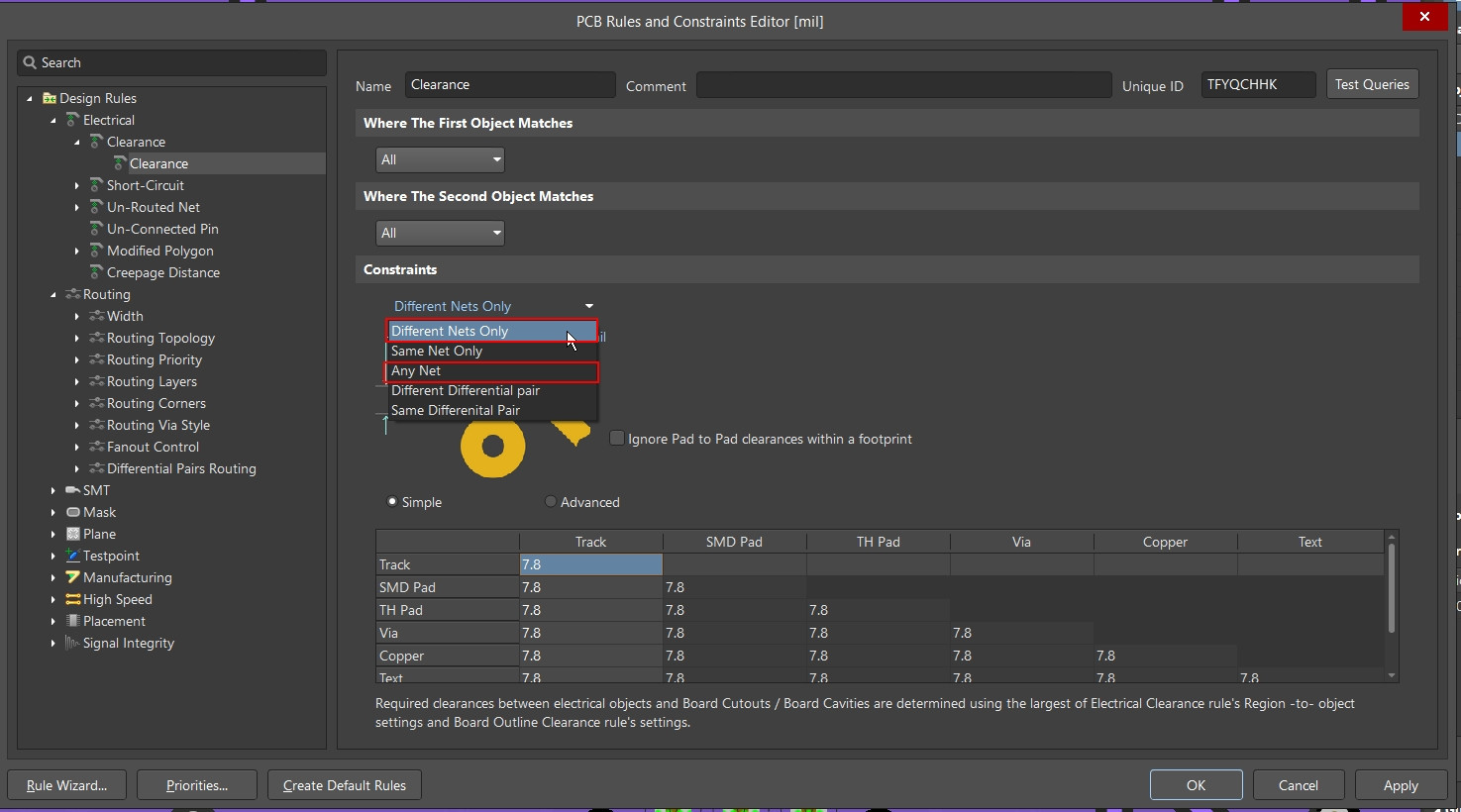 Not the answer you're looking for? Browse other questions tagged pcb-design altium footprint clearance drc or ask your own question.