I have the following problem:

Consider the ciruit and problems below. 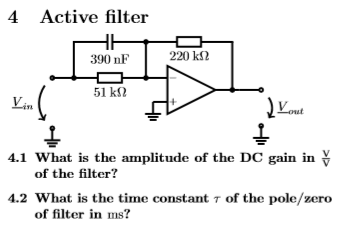 Okay, for the first problem I just used the simple formula for DC-gain for an op-amp modelled like this. I arrived at:

Does a pole/zero have a pole? And if so, how do you the time constant.

I hope someone can help me with this.

The pole of a 1st-order system is the inverse of its natural time constant obtained when the excitation is removed. Here, if you temporarily remove the cap. and "look" through its terminals while \$V_{in}\$ is zeroed, then because of the virtual ground, the time constant is zero. 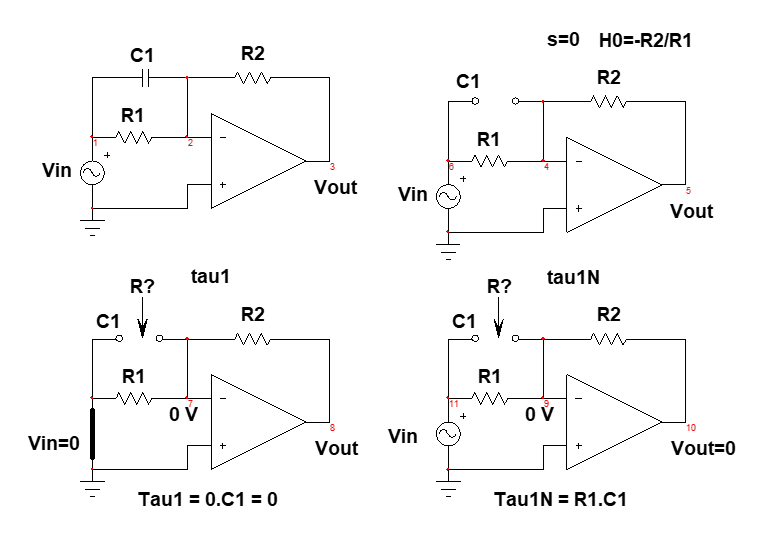 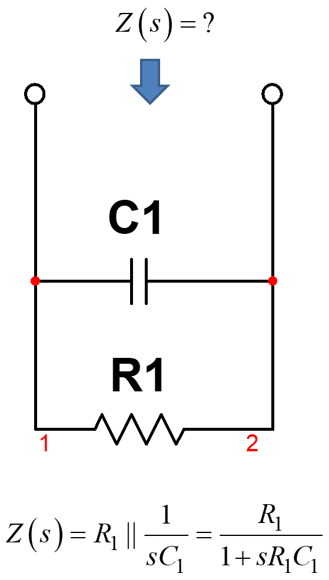 In my opinion, describing transfer functions via the time constants concept represents the best way as you can later infer or sense where the poles and zeroes are located when inspecting an electrical diagram whether it is passive or active. I have described the fast analytical techniques or FACTs in a book I published in 2016 but you can have a look at the seminar I taught at APEC in 2016, it is a quick introduction to the subject. If your teacher has the FACTs in mind, he must be encouraged to pursue this path!

Not the answer you're looking for? Browse other questions tagged operational-amplifier circuit-analysis filter homework or ask your own question.