How do I decide on a proper PCB ground layout?

I'm trying to figure out best practices regarding ground layout, but it seems the more I read the less I understand about the subject as many recommendations seem to contradict themselves. So far I am under the impression that when using a ground plane one should route the specific node through a single via / contact directly to the ground plane. Others seem to recommend that stitching multiple vias to the plane works better since that decreases resistance. From what I've read the latter technique could be prone to introducing ground loops though, which I want to avoid. Right now I'm lost as to how I should layout the following PCB: 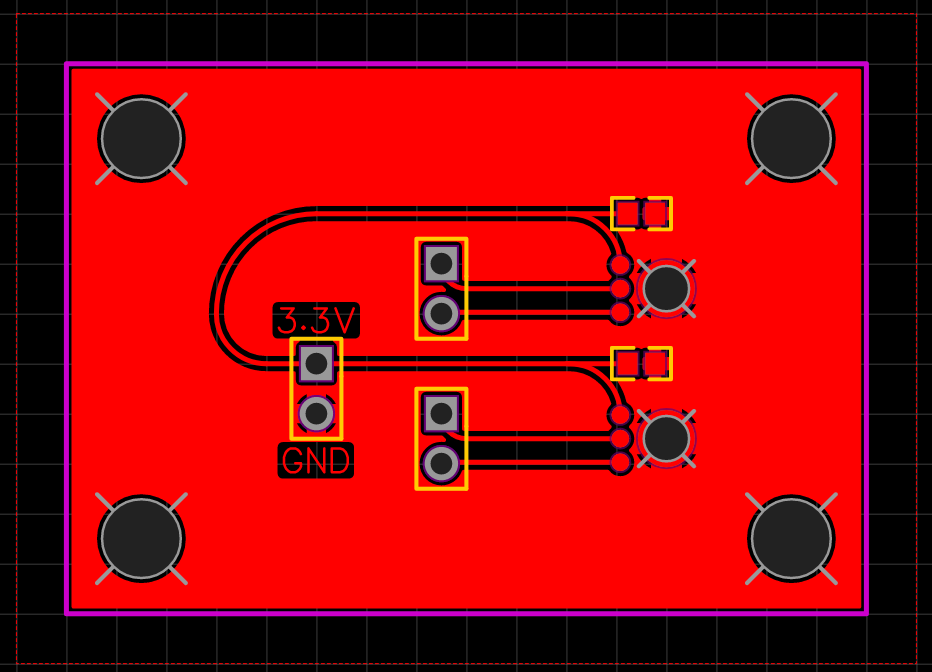 The first picture shows the top layer ground filled and both caps and casings directly connected to that fill. 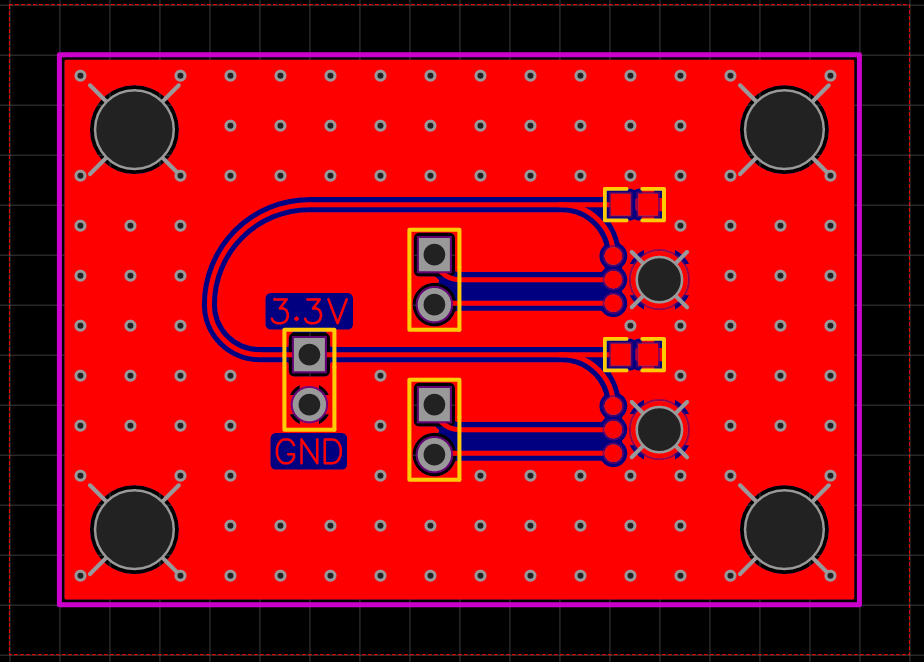 The second picture shows the same layout as the first, but with an additional ground fill on the bottom and stitching vias connecting both ground layers. The return is for the 3.3V supply only, the two unmarked connectors in the middle transmit the balanced signal to a differential amplifier down the line. I am under the impression that the second way would be overkill for this example, but I'm trying to learn what would be the best practice here. Many thanks in advance!

For a successful quiet ground, use at least a 2-layer PCB.

Have one layer be the ground plane, with NO SLITS cut in the sheet. Only vias are allowed. And the vias should be spaced far enough apart that some grounded-copper always flows between the vias.

Once you get experience with ground planes, you can begin thinking about where to place slits so as to steer the return/ground currents, and minimize interactions/crosstalk between your circuits.

how many vias to use? a square of copper foil of the default thickness (1 ounce per square foot, 35 microns thick, 1.4 mils thick) has 0.000500 ohms per square of foil, measured from opposite edges.

A via of 1/16 inch depth and 1/48 inch diameter has 1:1 depth/perimeter ratio, thus also has ONE SQUARE OF FOIL plated inside the drilled hole.

The thermal resistance of this default foil thickness is 70 degree Centigrade per square per watt.

I think via stitching is only needed if you're doing RF design. That said, the type of ground plane that is needed really depends on what circuit you are designing. If you have high frequency, switching signals, then you will want a uniform ground plane with short via traces attached to your components. If your PCB just uses discrete components with analog signals, then I think what you have in your first picture is okay.

As a quick summary, the higher the frequency (volts per second to be precise,) the more the current in the return path will try to follow the signal trace.

Good planning of grounds is not as simple as a rule of thumb, it is usually planning out where the current loops that are either high frequency (in which case you want the distance between signal trace and return path to have the smallest loop possible, this usually means directly underneath the trace, but can also be directly beside it) or high current (in which case if anything is sensitive, you do not want that return path crossing underneath its reference point.)

This also means when you jump traces across one another, you should make sure the return path is not broken, usually by providing a path on the other side for it to follow the signal over the break.

The vias in the top picture are an inductance. If you can run your signal ground on the same layer it would be slightly better off, but then all the grounds get too hard to route cleanly around all the signal traces on an average layout, so most agree to punch down a via and have the return path underneath the signal trace to make laying out the signal traces as easy as possible, with inductors in parallel reducing the inductance, so multiple vias to ground at these points can reduce how much inductance is added.

If a trace has too much inductance (usually hidden behind "loop area,") then it can start acting more like an antenna, either radiating out, or being suseptible to external signals.

The second image gets into what is called via fencing, and it is the same principle as why your microwave window is a metal mesh - it is more intended to attenuate high speed signals from coupling to other traces by essentially building a wall that any signals over a certain frequency will be heavily attenuated by, as a down side it technically can also make a PCB a resonant cavity if they are all spaced perfectly in a pattern.

Not the answer you're looking for? Browse other questions tagged ground layout via or ask your own question.

2
why does high speed current follows the path of least inductance? and how are the shape of lines are different at low and high speed?