I am trying to understand the following current mirror, though I haven't found any book that describes it. Is there any source in which I can see how it works and its pros and cons? The drawing is from https://patentimages.storage.googleapis.com/93/7e/df/722ee75b28e661/US4550284.pdf in which they do some sort explanation but I think it need more of description, 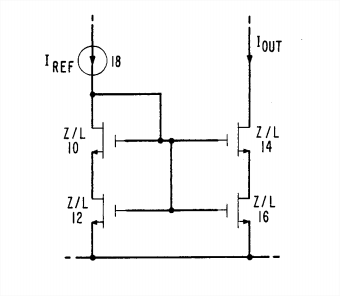 Here is how I understand this current mirror:

A proper cascode circuit uses a similar configuration to achieve a similar effect, except the upper right transistor would see roughly the \$r_o\$ of the lower transistor instead of the \$R_{DSon}\$ -- a much greater quantity (many orders of magnitude).

I ran a couple SPICE simulations in LTSPICE to demonstrate the effect.

Here's the schematic. On the left is the standard current mirror circuit. The middle is the "cascode" described in the patent. The right is the textbook cascode circuit. The reference current is set to 1mA, and the mirror is sinking that 1mA into a 5k load. 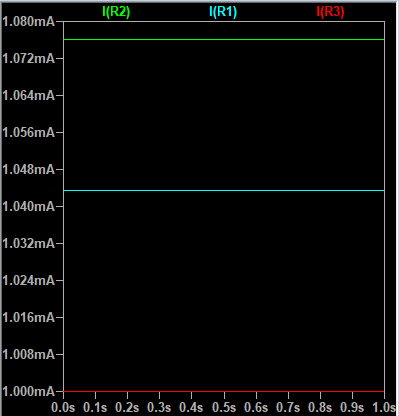 The poor performance of the patent mirror is, I believe, due to the voltage at the drain of the upper left transistor being different to the top right. Thus the bottom left transistor will see a different drain voltage than the bottom right transistor. This is seen in the simulation. This is, of course, the sort of behavior a cascode mirror is designed to rectify.

Lastly to demonstrate that the lower transistors of the patent cascode are in triode, here's the voltages from drain to source: 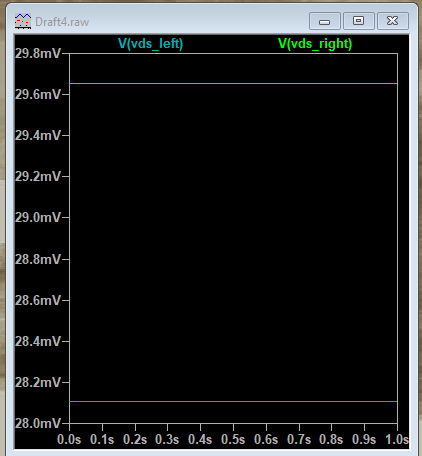 That circuit looks very close to a current mirror called the Cascode MOS current mirror from a book called Microelectronic Circuits 6th edition by Sedra/Smith (page 538). I haven’t studied this circuit enough to give you an explanation but I’ll provide you with the picture of the page. I’ll let the author be the information giver. 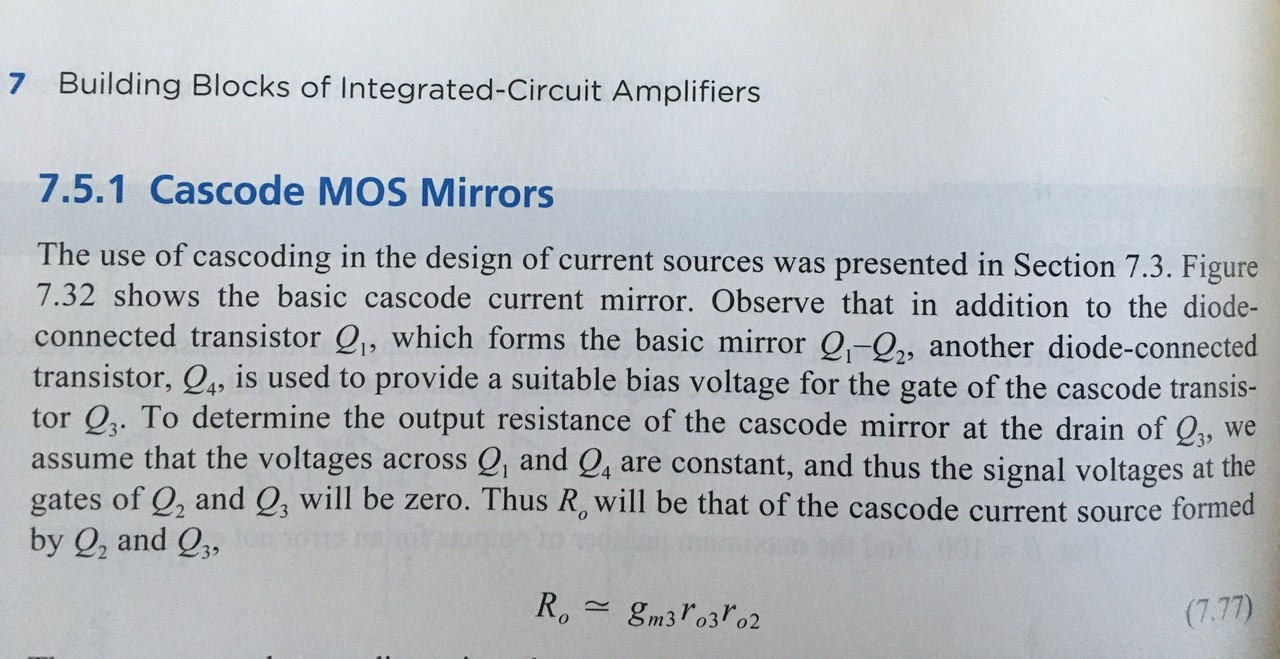 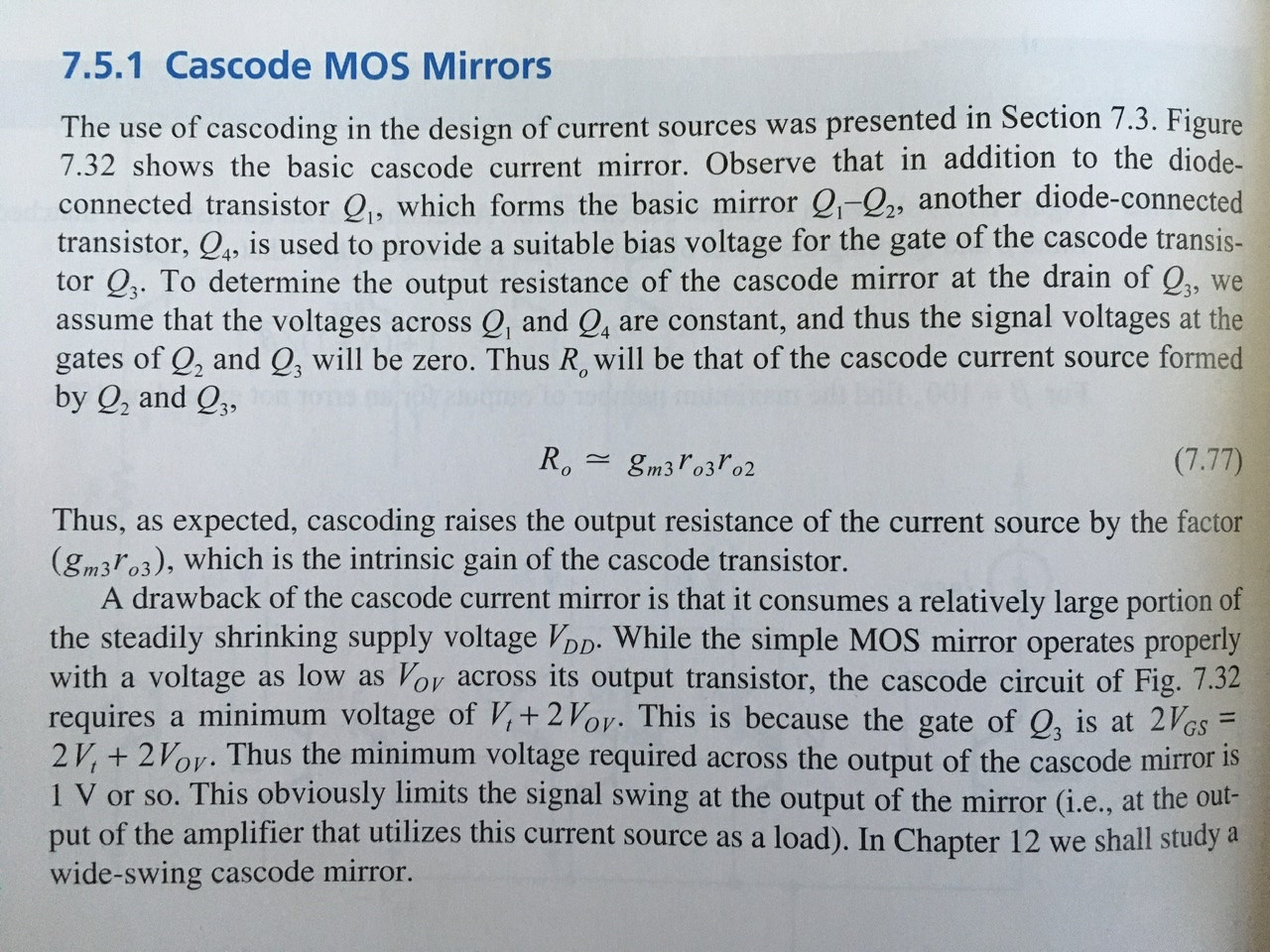 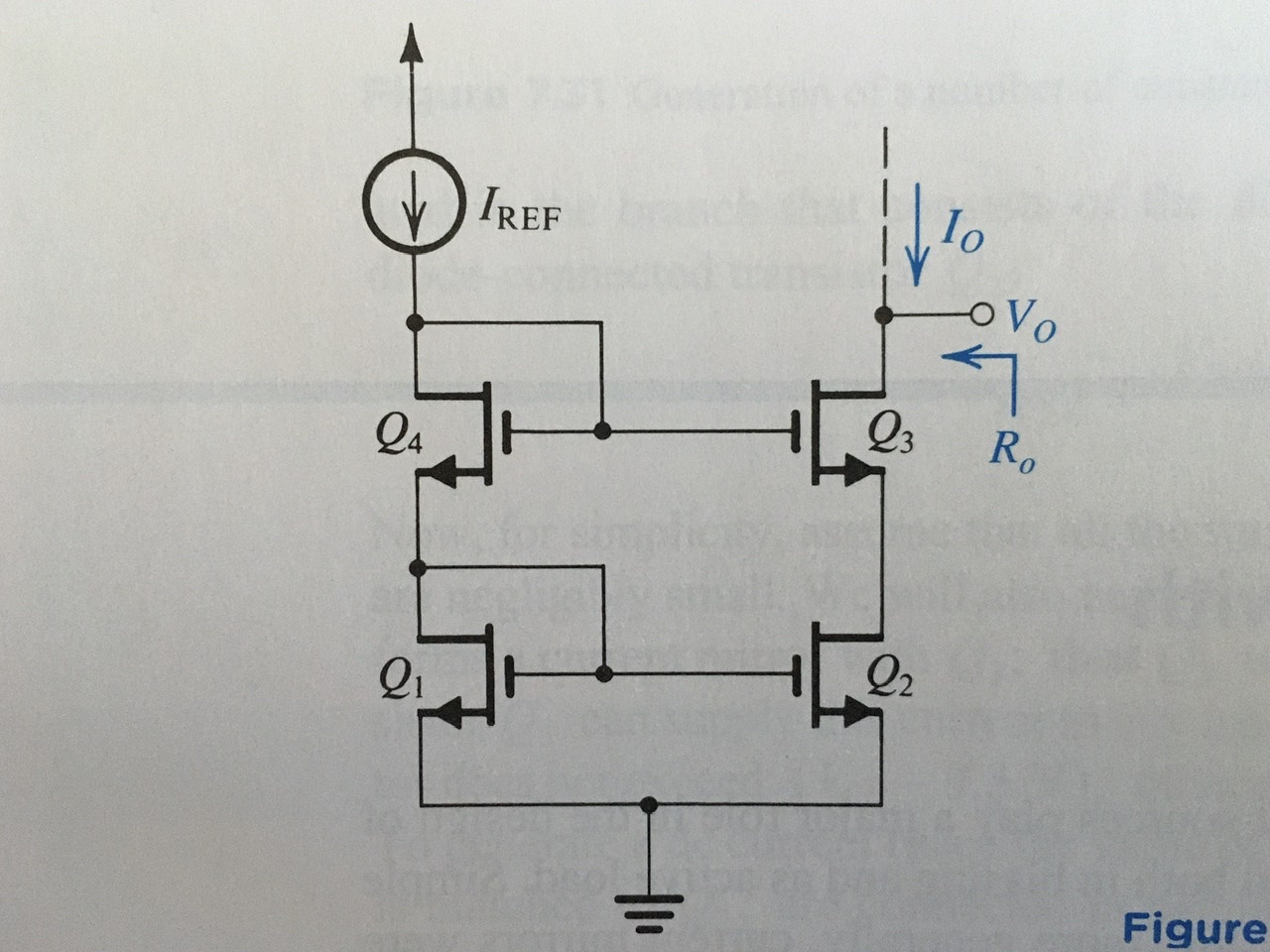 Not the answer you're looking for? Browse other questions tagged current-mirror or ask your own question.