I also replaced the blown 10 A glass fuse by a 4 A ceramic one, it should be just enough for the PSU and also can help to protect my 8 A replacement bridge from possible overcurrent.

I tried it in praxis, it seems to be fine and working (under normal conditions, not fully loaded). So this is rather a theoretic question, I'd like to understand it.

If somebody is interested, it is Seasonic SS-620GB (S212II Bronze) ATX PSU.

Also, there is a fuse information on its printed board saying that 200-230V variants should be fitted with a 5A "H"-rated fast blow (T) fuse. I used the correct H T type.

You might get away with the 8A rectifier but you have to match other specs as well. There is one (ISSm on some datasheets) which is effectively a short pulse inrush current rating. For the 10A rectifier it's probably 200A, possibly more. When you switch on, the reservoir cap acts as a short circuit across the mains for a moment; no transformer to soften the blow like the good old days - and this inrush current is probably worse at 230V, not better...

Changing parts like bridge rectifiers and fuses to lower-rated ones will not only invalidate any warranty (if there was one) but will make the device no longer safety-certified, meaning if your house burns down you have no one to sue except yourself and may even be denied insurance benefits.

The fuse is meant to withstand normal operation, start-up inrush current (which is usually higher than the max steady-state current) as well as nasty things line line dips and interruptions, brownouts, etc. - you may get lots of nuisance fuse blows, especially if you draw heavy power from the PSU. Never change the rating or the type of fuse - there are fast, normal, slow-blow types (among others) and were carefully chosen for the application.

The bridge has to withstand these same transients. Blowing the bridge can do lots of downstream damage (it could take out the DC/DC converters) rendering your power supply essentially useless.

Furthermore, can you 100% unequivocally guarantee that no one would ever attempt to use this PSU at 100VAC? Would you disable the input range switches and hard-wire the PSU for 230VAC?

Equivalent or better is the best practise.

Find a pal who can mail one for you for two bucks. 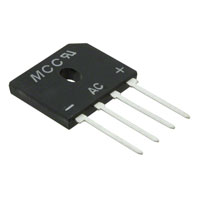 Not the answer you're looking for? Browse other questions tagged power-supply current rectifier or ask your own question.