Why is my self built LiFePO4 battery pack not charging?

I'm building an autonomous boat, and for this I was using this 12V Li-ion battery pack which came with a very simple charger: 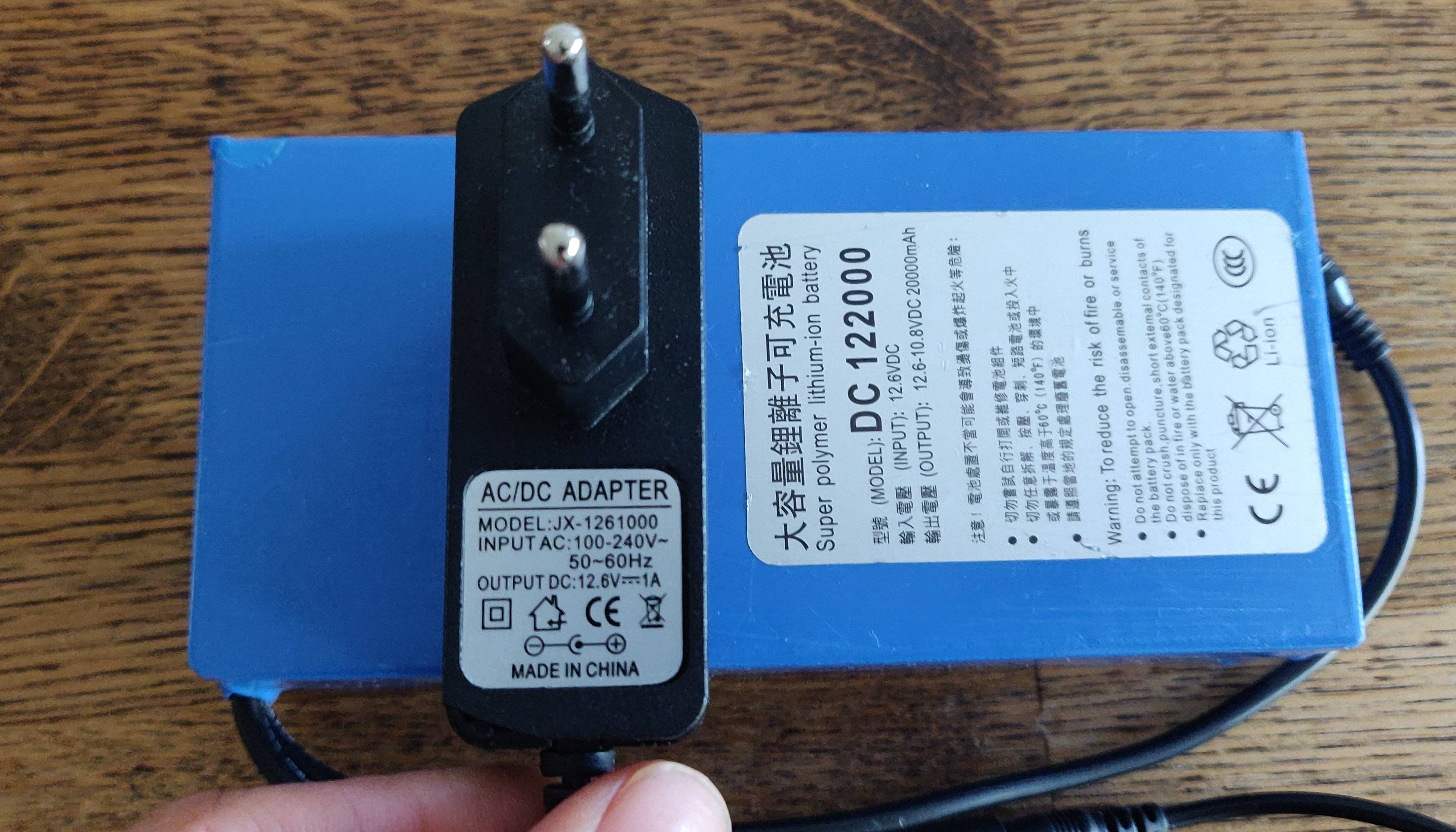 This works great, but since I'll need a very specific form of battery (long and thin to fit in my boat) I decided I need to built my own battery pack. From this other project I got the idea that if I use an 18V solar panel I can build a 5S LiFePo4 battery pack which means I will not need a solar charge controller. His reasoning is as follows:

The behavior of a solar panel connected directly to a battery is similar to your typical CC-CV lithium battery charger: a lot of current until the battery gets close to fully charged, and then the voltage rises while the current decreases (the solar panel will put out less current as the voltage rises). TO put numbers to this, the Renogy solar panel's max power voltage is 17.7 volts (depending on temperature) and the 5-cell LiFePo4 battery's nominal voltage is 16 volts and its fully-charged voltage is 18 volts.

So I bought 10 of these LiFePO4 18650 batteries and this 5S balancing BMS and hooked it up in this 5S2P test setup:

Since I don't have the solar panels yet I bought this simple 18V 2A charger: 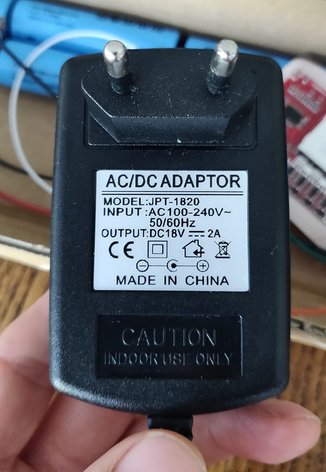 The batteries came all charged at exactly 3.33V. So after soldering together my battery pack I attached it to my boat. It worked and I left it on for a while. When I came back to it after about an hour the boat shut down. I checked the battery cells and their voltage was 2.8V (way too low). I then attached it to the charger and let it charge for a day or so. When I came back to test it, the battery didn't seem to have charged at all though. It was only charged up to 2.85V per cell.

I then attached a watt meter between the charger and the battery pack, and that showed me an input voltage from the charger of 18.3V, but no current flowing:

This explains why the battery isn't charged, but I wonder why this is happening? The only reason I can think of is that the BMS is blocking any incoming current, either because the voltage supplied by the charger is too high OR because the battery voltage is too low. I checked out the specs of the BMS (pasted below) and in there it says the "Single Overcharge Protection Voltage" is 3.75V, which means the supplied 3.66V (18.3V / 5) from the charger is within limits, but very close.

Am I right in my thinking that the voltage of the charger is too high? And if the voltage is too high, would it work if I simply reduce it by for example 1V? Or can I built in some kind of thing that caps the voltage at 18V or 17.5V or something?

Again; I understand I need a proper charger instead of this adapter. But I would like to understand the reason why there is no current flowing. Would anybody know how I can test/debug this? All tips are welcome!

So this question may not be answerable - we can't know but we can guess.

It clearly has latched into a state that the 18V 2A supply is disconnected from the battery. But what we don't know how it ends up in that situation, whether the BMS is already cutting the battery off, or does it only trigger the cut-off when the 12V 2A supply is connected, and continues cut-off until it is removed.

Another guess is that the BMS considers the batteries drained and has cut off the batteries permanently, so no current can go in or out from the battery now, until they are trickle charged to exceed the cut-off voltage.

You would really have to present more data to know what is happening, for example if you had an oscilloscope, you could probe what happens when you connect the two together.

Except that you should not be connecting them together in the first place, and the BMS has maybe performed it's job to prevent catastrophic failure with flames and explosions.

Not the answer you're looking for? Browse other questions tagged batteries battery-charging charger lifepo4 bms or ask your own question.