How do I design a RC phase shift oscillator using opamp with the help of cmos (pmos and nmos)?

This should give you a good starting point although it doesn't actually oscillate in Circuit Wizard simulations. Might oscillate if it was actually built. 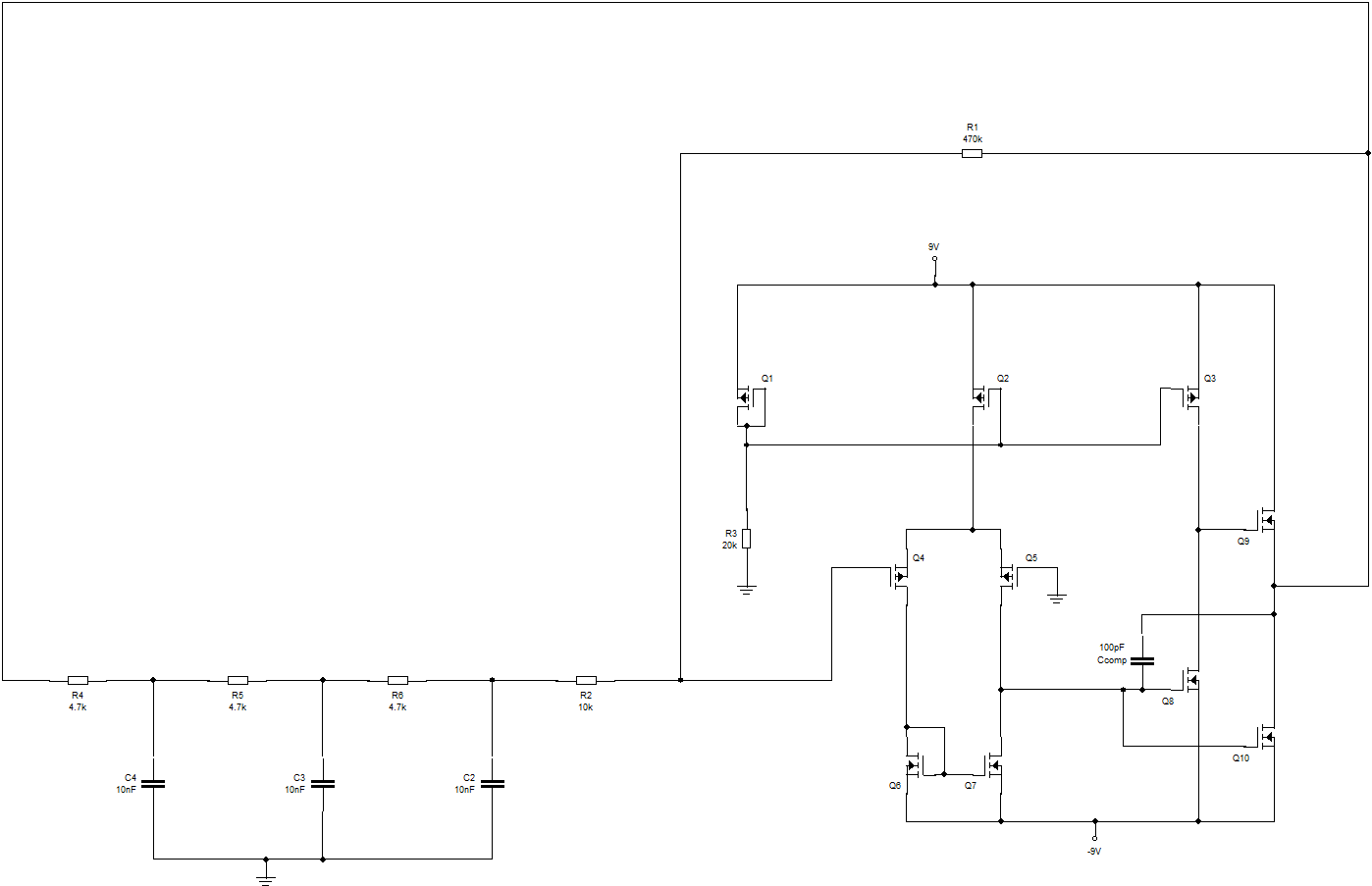 This shows the op amp operating on its own. I've changed the output stage to make it symmetrical which it'll probably need to be for the oscillator to work. The output stage could probably be improved perhaps by adjusting the value of R7. 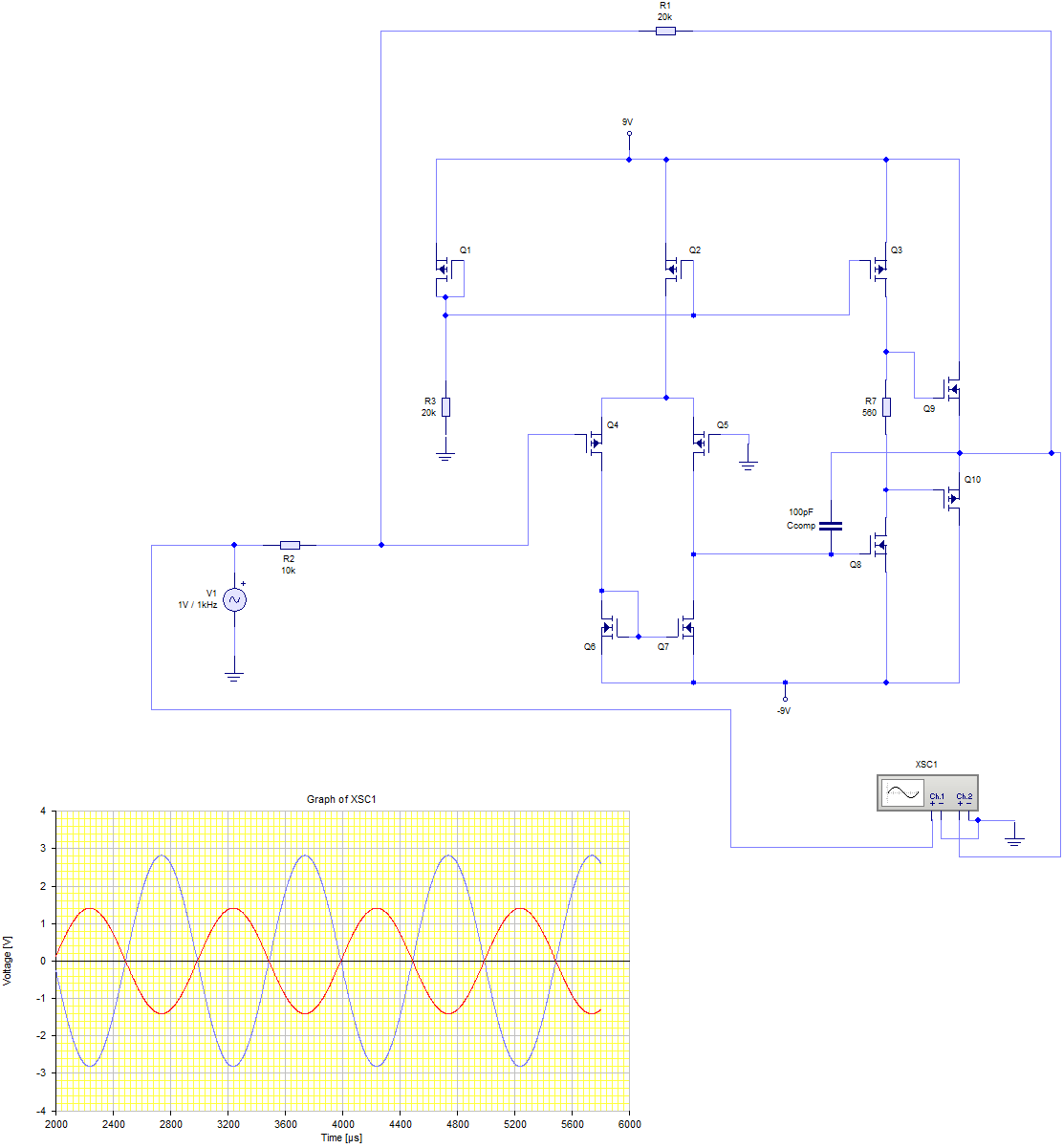 I'm using the op amp as a comparator which doesn't load the RC network.

The sine output should be taken from the output of the filter network. The comparator output bangs up and down between the rails keeping the loop gain at unity. 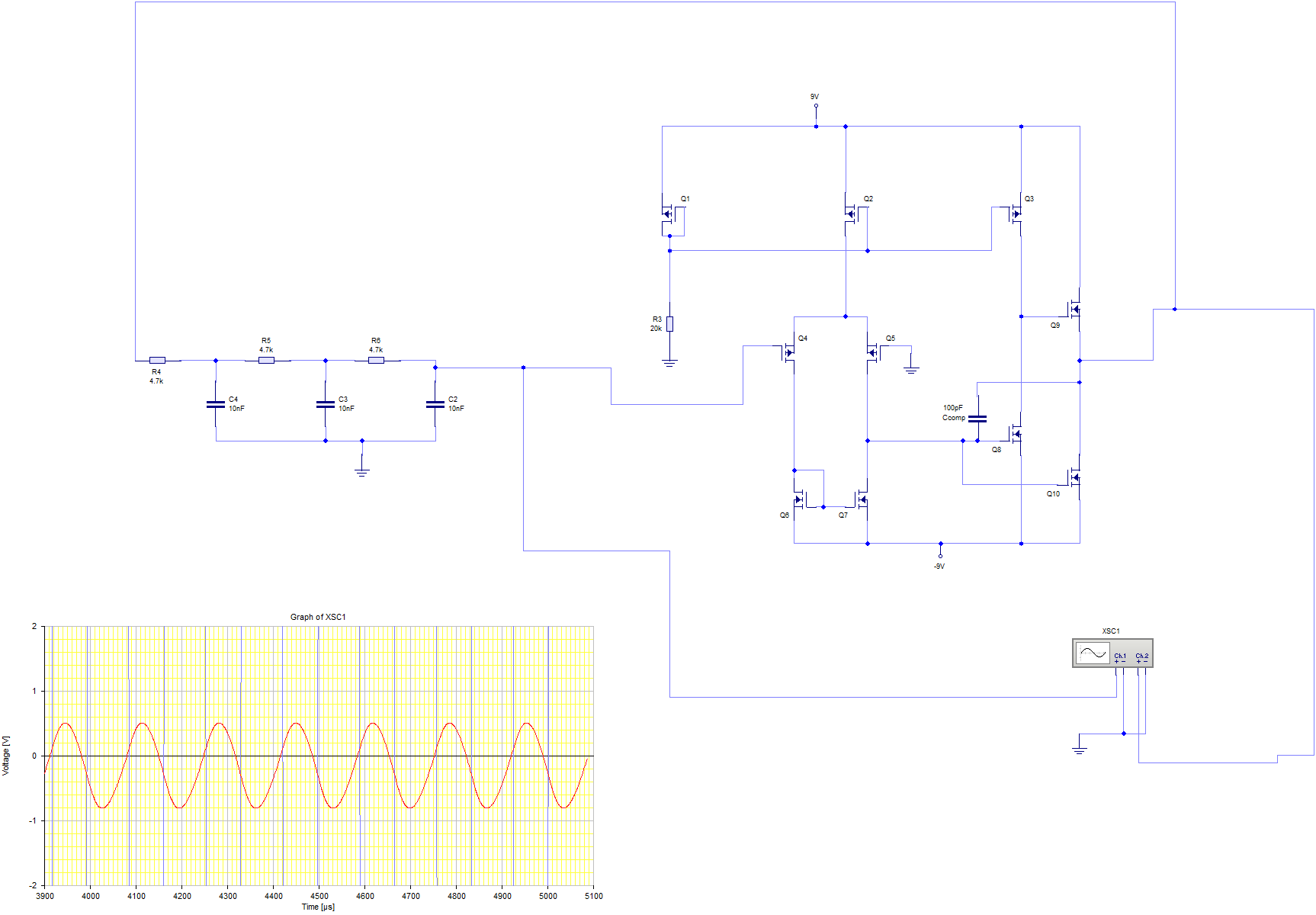 Not the answer you're looking for? Browse other questions tagged circuit-design oscillator cmos nmos pmos or ask your own question.

5
How to calculate the frequency of oscillation of this low-pass phase shift oscillator?
0
Low Pass Phase Shift Oscillator