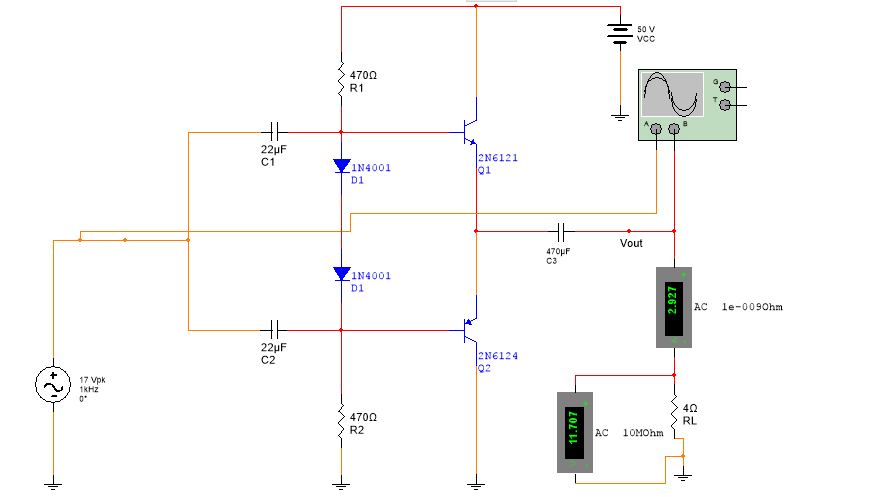 The problem of achieving higher peak to peak voltage than the voltage available on the rails is common in audio amplifiers, especially in car audio. The simplest solution is to configure two identical amplifiers like your schematic, in a Bridge Tied Load configuration. Put simply: Connect your speaker between the outputs of two such amplifiers, with no ground reference, and feed the two amplifiers with signals that mirror each other.

A brief description of BTL amplifiers is here. Below is a less brief explanation of my own, if you want one. Also, this question has some additional information and links that may be useful.

A Bridge Tied Load (BTL) amplifier consists of two identical amplifier blocks, fed by an input signal in antiphase, and with the load (speaker, transducer etc) connected between the two amplifier outputs.

Since the signals at the outputs of the two amplifier blocks are mirror images of each other (180 degrees out of phase), the effective signal seen by the load is twice the signal each amplifier produces.

This is specially useful when the supply rail voltage(s) available for the amplifiers is too low to provide sufficient peak-to-peak voltage for the output power desired. A common such situation applies to car audio amplifiers, where a 12 or 14 volt supply is available, and the desired output power requires a higher peak to peak voltage than that.

As noted in Wikipedia, one common fallacy with Bridge Tied Loads is the assertion that the resultant power of a BTL amplifier is 4 times the power output of each amplifier. This is incorrect: While the voltage across the load doubles, the current remains the same. Thus, for P = V x I, while V' = 2 x V, P' = 2 x P.

Another way of looking at this is that the doubled voltage is developed across an effective load twice the load impedance seen by each amplifier. Thus, power delivered by a BTL amplifier is merely double that of a single amplifier.

However, this 4 x power myth has been propagated widely in audio DIY circles, to the extent that an opposing assertion is likely to be received with disbelief or derision. It is an old chestnut best left undisturbed when addressing a "believer".

If you don't have the voltage, then you need a step-up transformer.

But, careful: that of course makes the load look like less than 4 ohms!

The current through a speaker's voice coil determines the displacement. The loudness of a speaker has to do with how efficiently it converts energy into movement. That comes from many factors. For instance, given the same voice coil and everything else, a stronger magnet will make the speaker louder.