What is the opposite of the Power Supply Rejection Ratio?

The PSRR of a device is the dB measurement of the power supply noise rejection. In my case, I have an LP5907 LDO with a PSRR of ~80dB, which would mean that if I have 10dBm of powerline noise on the input, I'd expect it to be reduced to -70dBm on the output - which is great!

But I'm actually more concerned with the noise being generated by the device fed by the LDO, and how much switching noise will end up feeding back into the system. Is there a device characteristic that describes its susceptibility to downstream noise sources?

It is more useful to examine impedance ratios, Q and f-3dB and use a filter simulator to examine problems. I have found this way to be very effective ( Falstad's filter+Bode plots) for component selection and effects of ESR on various C values with CLC Pi filters to attenuate and improve decoupling with both differential for conducted noise and CM chokes for radiated noise.

At DC this reduces to simply DC impedance ratio source/load which is also known as Load Regulation error which is often in the 1% range.

In the audio frequency range , the inverse of this is called damping ratio referred to a standard load speaker/ source impedance with closed loop gain.

If you take the SPICE model (or a real part) and sweep an AC current sink at the output you should be able to get a good idea of what the characteristics are over a range of frequencies.

At relatively high frequencies, the output capacitance (eg. 1uF ceramic plus any other bypass capacitors in your circuit) will dominate, and at DC, obviously, all the current comes from the source and the capacitors have no effect. At intermediate frequencies the output impedance of the regulator, input and output capacitances should have a noticeable effect if you model the circuit accurately (such as source impedance at the input).

I don't think you should be using dBm for PSRR - the specification is based on voltage ratios so 20 log(x/y) gives the ratio in dB.

It's not uncommon to have some kind of input filter on a power supply to control conducted noise. Typically you put an LISN (line impedance stabilization network) in the input circuit ahead of the filter to make measurements. 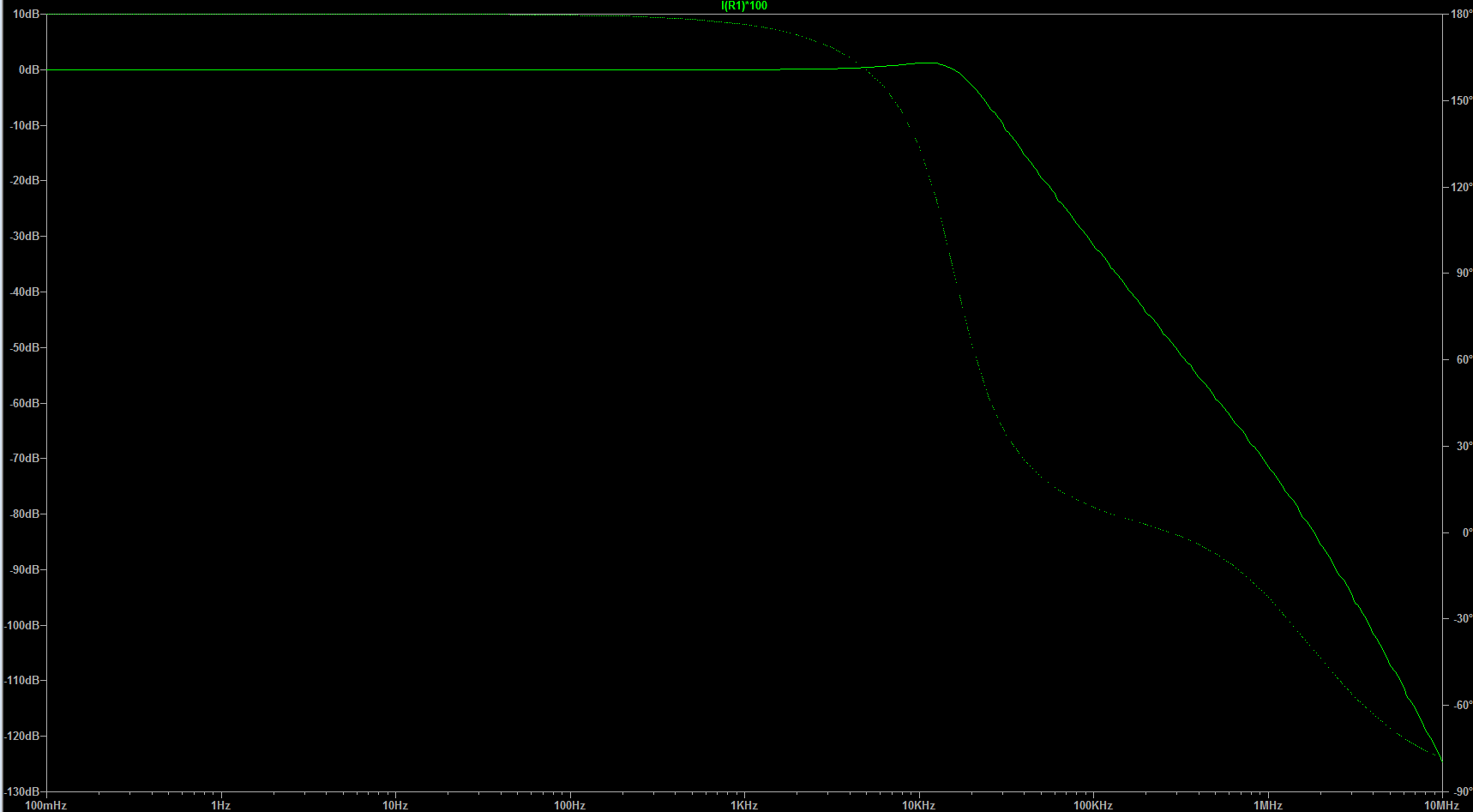 But I'm actually more concerned with the noise being generated by the device fed by the LDO, and how much switching noise will end up feeding back into the system.

At low frequencies, this is called load regulation. In your datasheet, this is shown in the form of a DC transfer curve in figure 8: 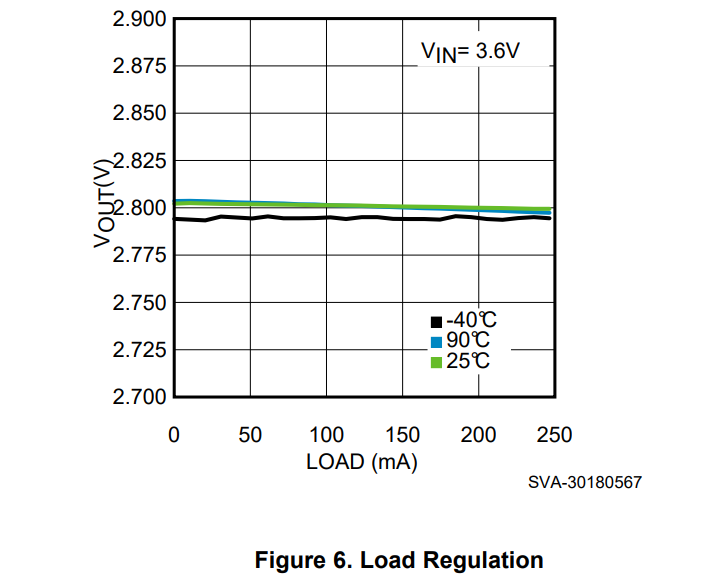 At high frequencies (above ~100 kHz, depending on the regulator), it's called load transient response or output impedance. But it is not so much a function of the LDO regulator itself as of the bypass capacitors you connect from the output to ground.

In your datasheet, this is shown in the form of a time-domain response in figures 12-14 (for different temperatures): 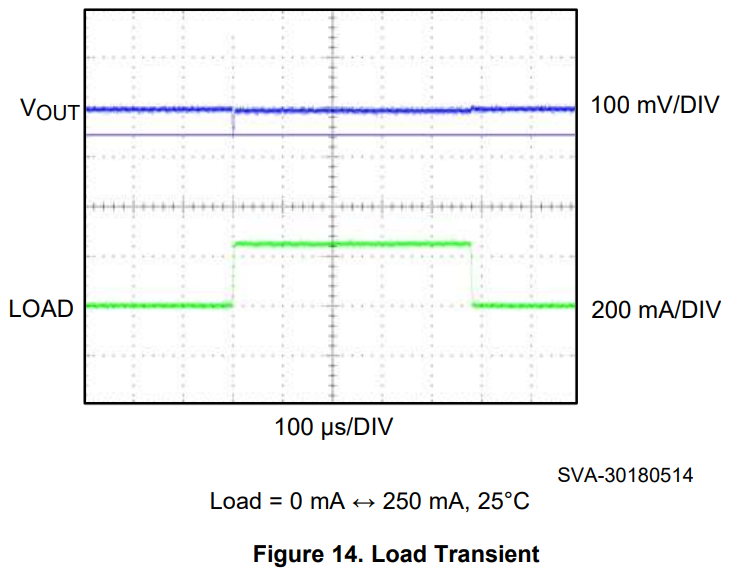 A note above the typical performance graphs says this is measured with 1 uF output capacitance.

Assume 100 picoFarad across that transistor.

You can always put an extra RC or LC filter between system supply and LDO regulator input to prevent ripples on LDO output load to couple back into system supply.

Not the answer you're looking for? Browse other questions tagged noise ldo or ask your own question.

9
Power Supply Noise
7
What is Power Supply Rejection Ratio and how does a high PSRR help me?
6
What kind of DC power supply has least noise
2
RTC power supply
7
Optimizing a circuit for noise immunity
2
Power supply noise issue
9
What are the calculations to do in practice to estimate beforehand the noise seen on the output of this op amp circuit?
0
How can I improve the common mode rejection ratio for TI ADS1299 ADC?