I tried to modify and implement this basic Falstad Colpitts LC Oscillator in hardware. I changed it like so: But, in harsh reality it behaves more like this: I.E., it seems that my DIY inductance are ignored by the circuit and behaves more like a dumb low-Ohm resistor. I tested it, it's not shorted. I calculated it using this calculator. Core is piece of old rebar I found lying around. I belive it's made out of mild steel, so it should have 2000 Relative Permeability. It's 10 mm in diameter. I used 15 loops of 140 um wire. So, this inductance should have about 12.3 mH. It's resistance is about 2 Ohm. Even counting as 3 Ohm with other wires, Q should be about 25, which is not bad, I guess. Frequency should be around 1 kHz. Here is my setup: 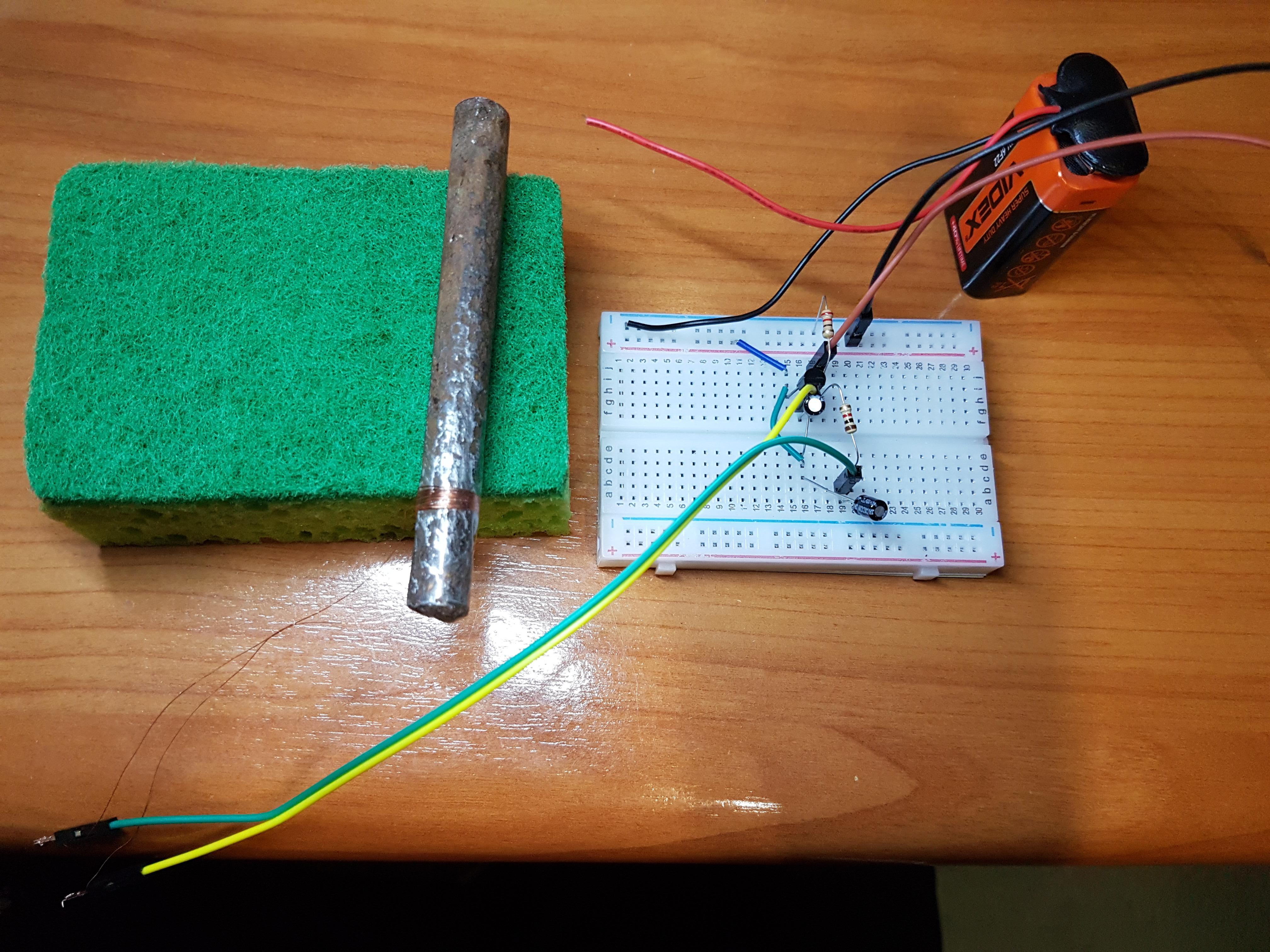 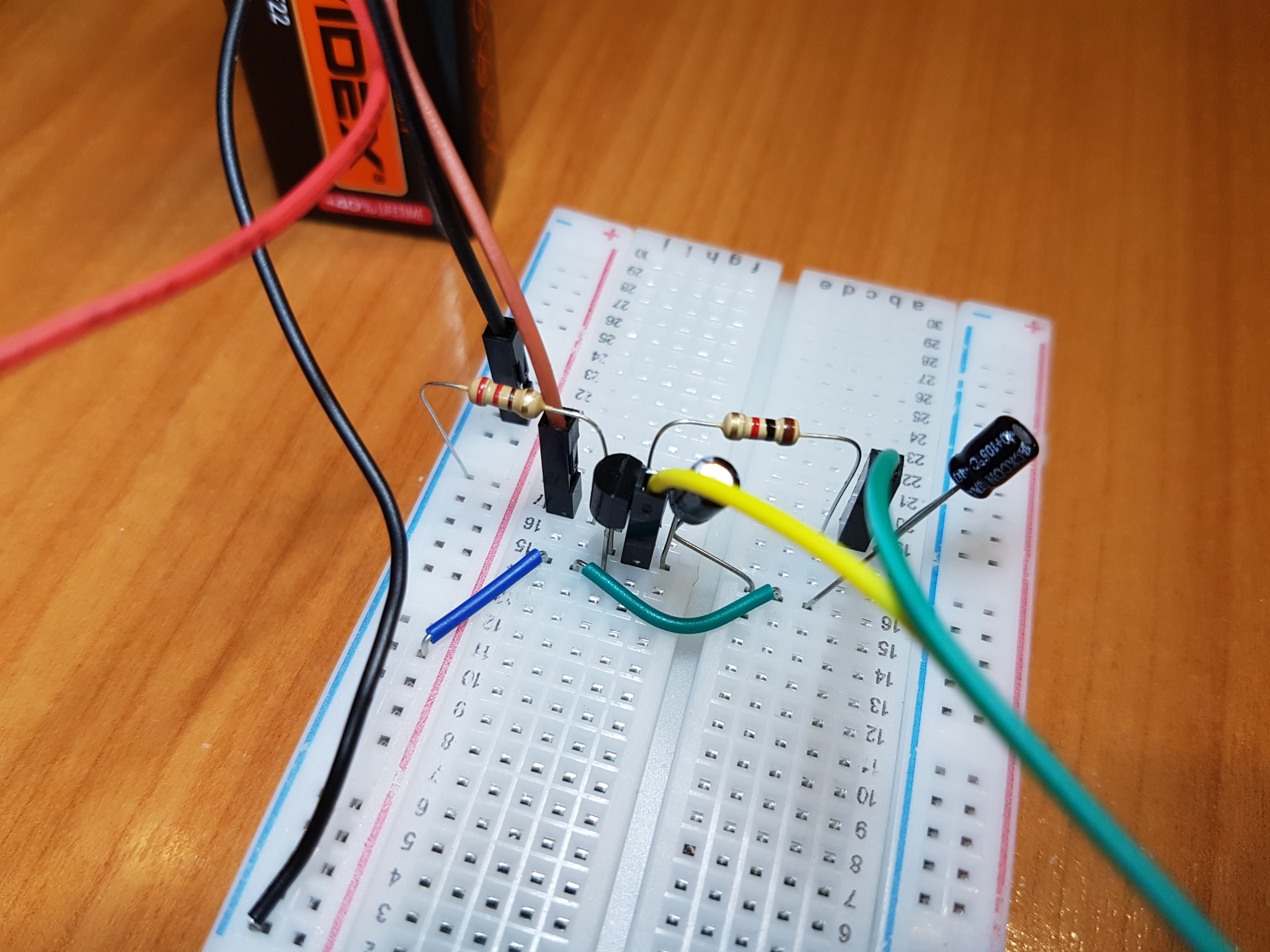 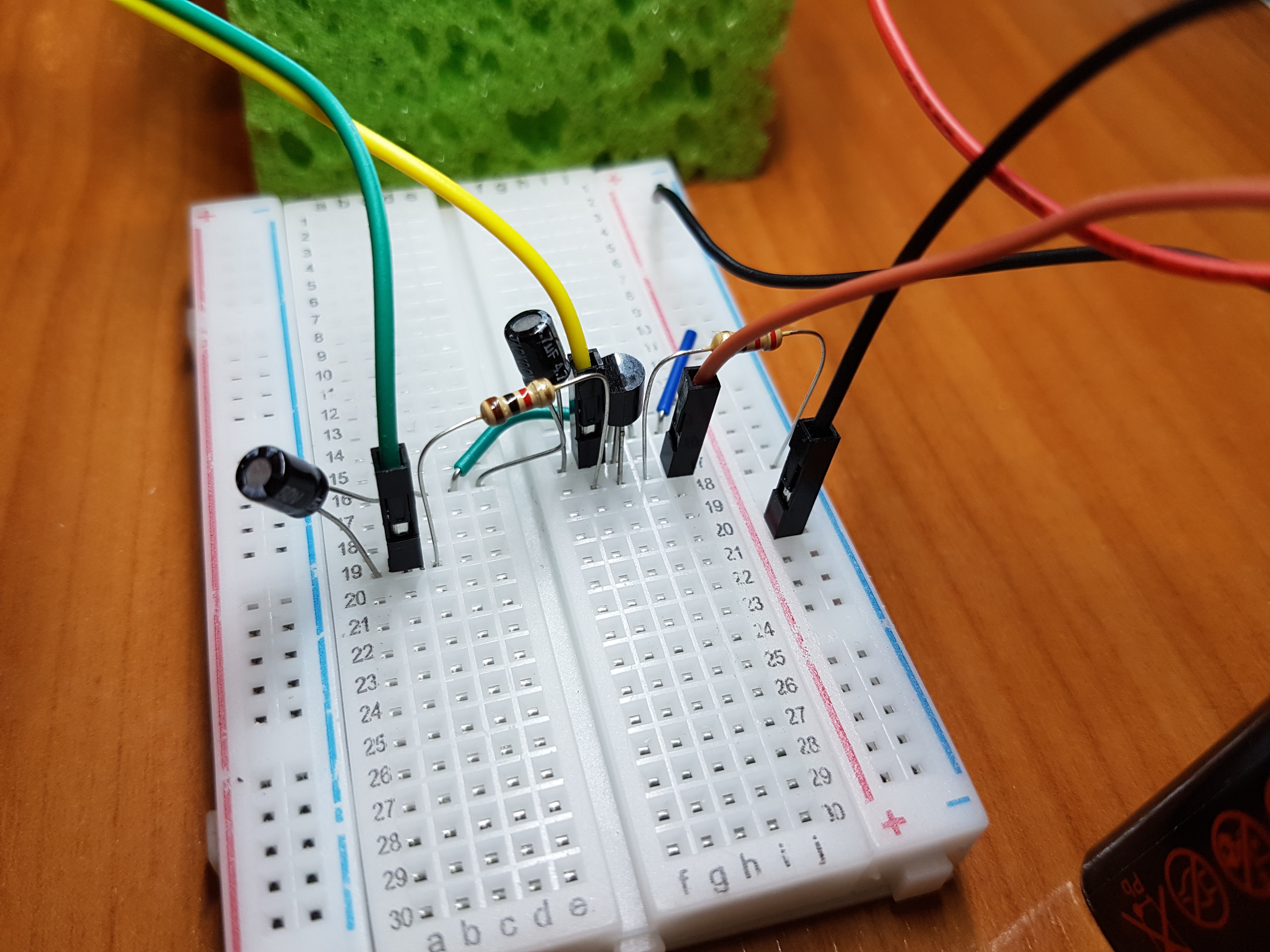 Transisotr is PNP S8550. I already tried 3 different LC oscillators designs and this seems to be most simple of all of them, but even this don't work. It feels that I kind of arrived at dead end here, with no chance of actually making a working oscillator. Maybe this design could only work in simulation program? Yet again, I tried to make transformer-type positive feedback type and it didn't work too. I also tried just basic LCR loop connected to battery. After disconnecting it I didn't register any oscillations at all.....

I found this in solenoid Wikipedia page:

I guess this got me confused. My coil is not inside 1 T solid steel cube...

where k is the demagnetization factor of the core.

I also found this random article from 1969 Soviet Encyclopedia:

The demagnetizing factor can be calculated precisely only for ellipsoids of revolution, which have uniform magnetization. For a sphere, N = ⅓, for a very thin plate, N = 1; and for an infinitely long cylinder in a transverse field, N = ½. For some specimens of simple shape, the demagnetizing factor is calculated by empirical formulas, but in most cases it is determined experimentally.

And indeed, plotting this functions reveals that no matter how big permeability I would choose for my rod (for example, permalloy instead of steel) it would just get infinitely closer to 2... I have literally 0 idea why this happens, maybe you can explain this? What is the point of high permeability materials if effective permeability is only 2? Although this seems very advanced topic and a whole separate question on it's own...

Ultimately, this means that I need to recalculate my solenoid and increase amount of turns, right? I will try to do this...

Replace the 1Kohm with 1farad cap.

Add a 22,000 ohm resistor (computed as Rcollector * beta) from collector to base.

Not the answer you're looking for? Browse other questions tagged analog oscillator or ask your own question.