What is the purpose of this device?

I found this device in my father's basement, but I can't figure out what this device is. It has only 1 SCART connector, 1 power cable and only 1 button in front of it. I think it may be some old video decoder, but I'm not sure. These are the images of the device outside, and the circuit board. 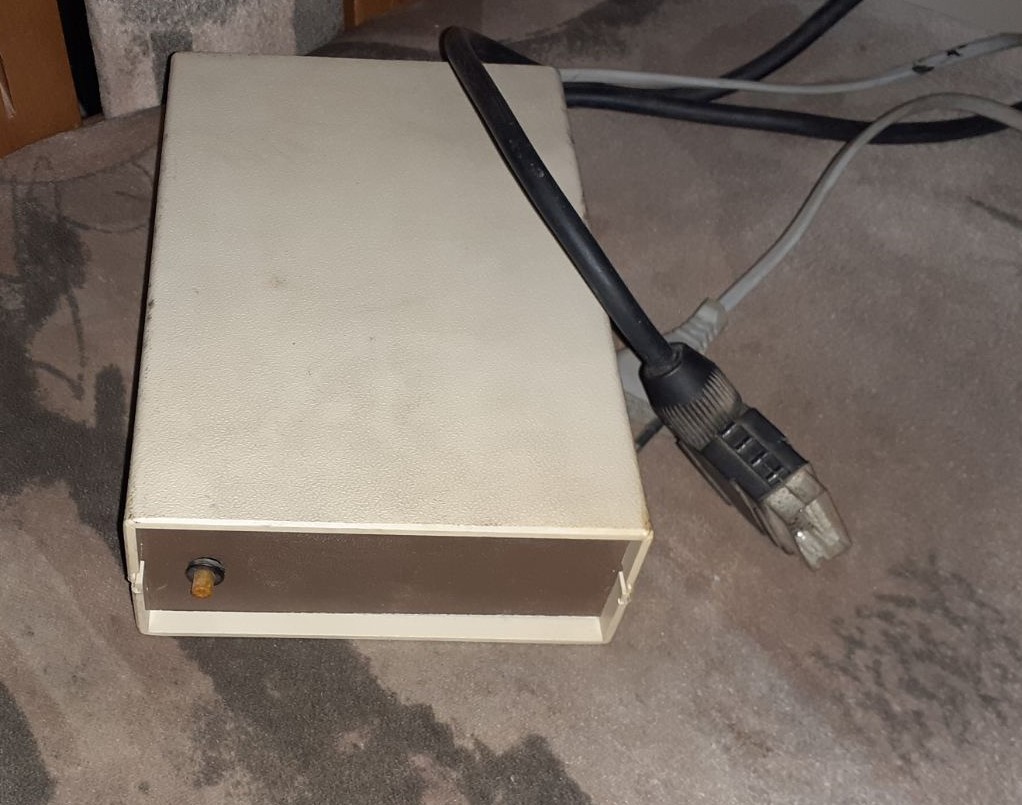 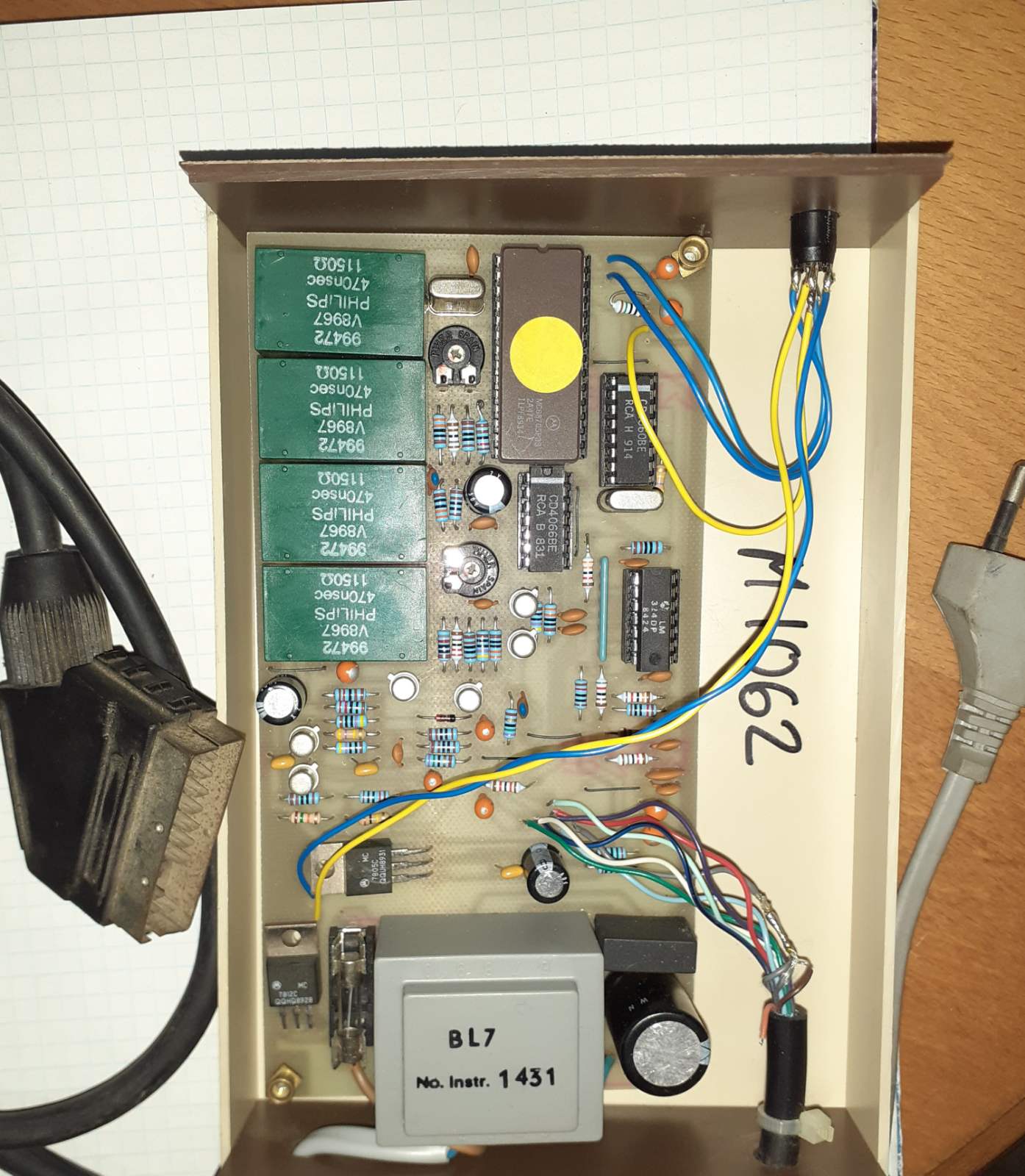 tl; dr: It’s an early Canal+ 'pirate' box (with props to commenters who mentioned that.)

The clue is the set of delay lines. Canal+ was originally based on a scrambling scheme called 'RITC Discret 1', that randomly manipulated video delay in increments of 902ns (0, 902, 1804ns). Four 470ns delay lines (those green Philips things in the photo) would give 1880ns or 940ns in the middle, so fairly close.

More about that here: https://en.wikipedia.org/wiki/Television_encryption#RITC_Discret_1

And here it is being discussed (in French): https://www.smartphonefrance.info/actu.asp?ID=12502

Anyway, so the job of the HC05 is to figure out the current Discret 1 keying based on a reference that's periodically broadcast, then implement the variable delay line-by-line, selecting one of the Philips delay taps.

What happened with this box? With the publication of the design in the December 1984 Radio Plans, it was widely produced, ultimately leading Canal+ to switch to a different scheme.

The green rectangles appear to be delay lines, one IC is an analog switch CD4066BE, one is a quad op-amp chip LM324DP, the yellow sticker is a MC68705 microcontroller, and the right top IC is obscured in the image. I would assume the chip is mostly likely a switch like the CD4066BE. The power side of the system has what looks to be a step-down transformer (I couldn't find the datasheet) with a LM7805 which is a common voltage regulator IC to output +5vDC.

As for the function of the box, it was likely used for video like you suggested. Depending on the programming of the chip with the yellow sticker, it could be used for video decoding. However, it could also be used as a type of filtering box or signal generator because of the delay lines and op-amps which can be used as adders, subtractors, or oscillators (or more of course).

Not the answer you're looking for? Browse other questions tagged identification video device encryption scart or ask your own question.

0
Detect if usb device is connected on the other side of the cable
6
Why the audio subcarrier is never transmitted with baseband analogue video signal?
6
Strange device identification
0
Identify PCB power connector for LED light
0
Connect an I2C camera to computer via USB as a webcam
4
What is this IC Chip on this circuit board?
3
What is the name / Part Number for PCIE 6+2 Power Connectors (Specifically the +2 connector without a retention clip)