What would happen if I left the gate open in a self-biased JFET circuit?

In a self-biased JFET circuit, the gate voltage must be approximately zero so that the reverse voltage at the gate-to-source will be equal(but negative) to the voltage across the source resistance. This can be achieved by putting very large resistance at the gate so that no current will flow.

BUT, what would happen if I left the gate open so that the infinite resistance will block all current? 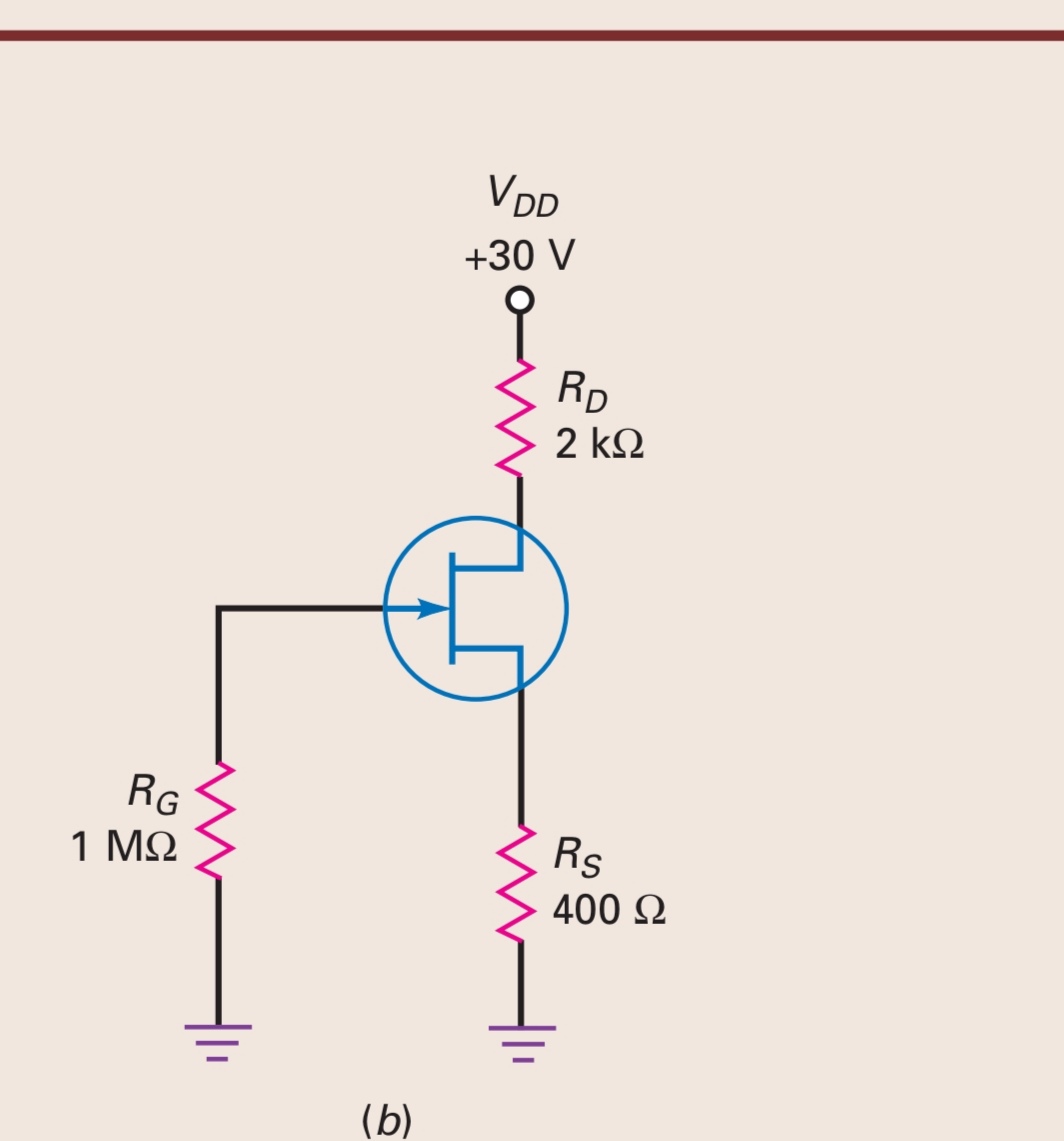 If you leave the gate open on a JFET, you end up with a circuit that will react to all variations in the electrical fields around it.

This is an electroscope that makes use of an open gate JFET to detect static electricity.

It is very sensitive to variations in the electrical field.

For an N-channel JFET: I suppose it would not conduct if there was stored negative charge on the gate since it wouldn't be able to drain out (or drain out very slowly). If it had zero or positive charge it would conduct.

While any negative charge would be trapped and thus be floating relative to the source causing Vgs < 0.

Very similar to a MOSFET gate capacitance trapping charge when you disconnect the gate.

2
Derivation of I_d of a self-biased JFET
1
Understanding p JFET
1
JFET Amplifier Exersice
3
What is the difference in performance of a JFET current source to a 741 Op Amp current source?
0
Why is the source voltage 1/4 of the supply voltage applied to the drain in a voltage-divider JFET circuit?
1
Describing the process of pinching off of a n channel in JFET
0
How VDB JFET circuit reverse-biases the gate-to-source voltage?
0
A JFET based light sensor
9
What is the advantage of gate resistor (R3) in this JFET voltage divider biasing circuit?