I need some help regarding my project. I have made a dog feeder with Arduino Uno, which is powered with a 3000mAh Li-Ion battery. I want the system to be charged with a solar panel (more solar panels can be wired in parallel to increase current output), so I am using THIS module. However, I need load-sharing based on this thread. My example circuit is the following 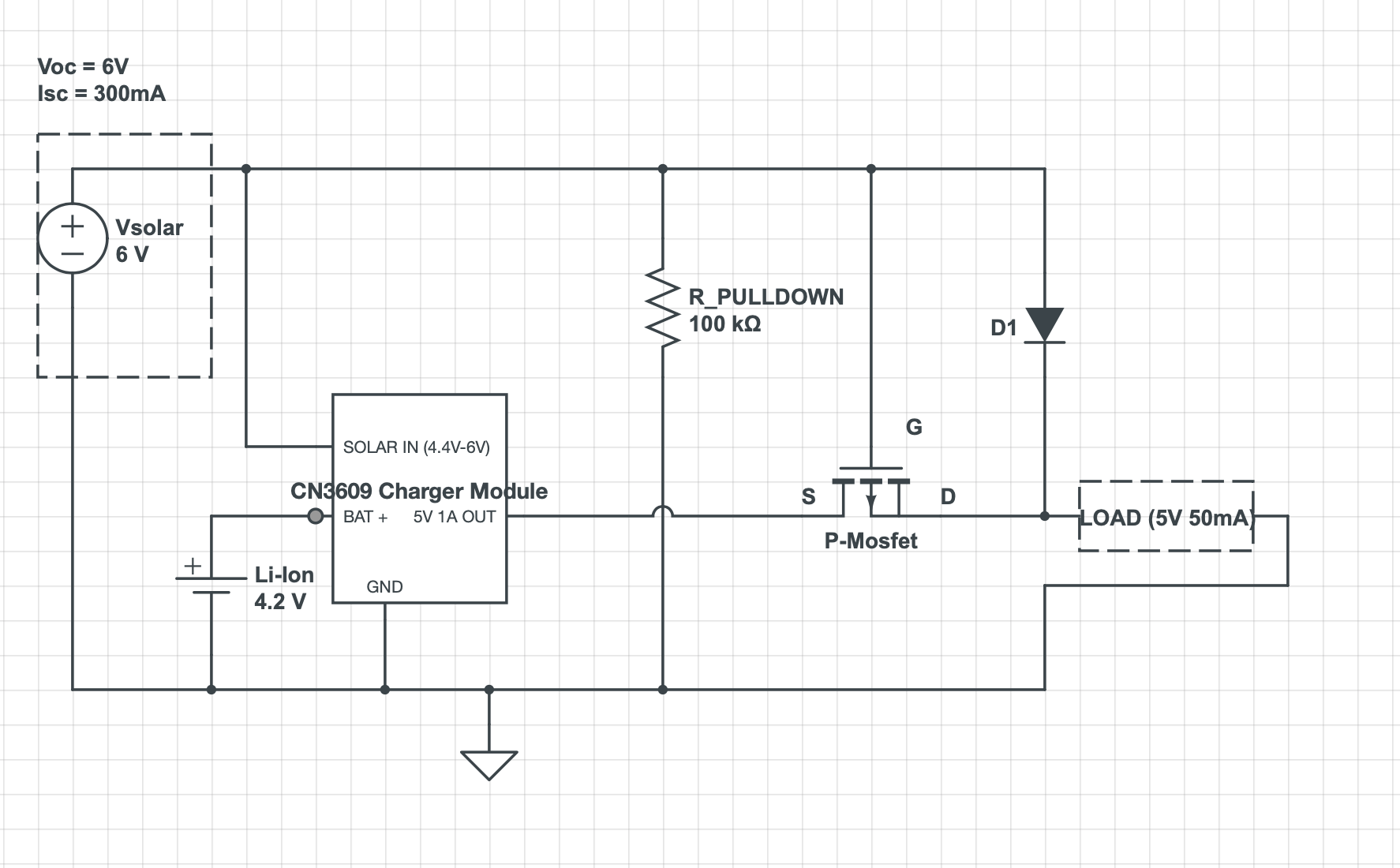 I need help choosing the P-Mosfet. I want the mosfet to be ON when the voltage from the solar panel drops below 4.4V, thus allowing the load to use the battery as a power source and the mosfet to be OFF when I have above 4.4V, so that it will charge the li-ion and power to load.

I would really appreciate your suggestions on how I can achieve the load-sharing with the solar panel!