Using a slider potentiometer with an Arduino

I'm new to electronics and in the process of building a Joystick using an Arduino Leonardo. I am reusing parts from an old Joystick from the 90s https://www.amazon.com/F-15E-HAWK-Tactical-Control-Joystick-Pc/dp/B0012N0EOQ.

This is my sketch to test:

So far, I have hooked up a Joystick component I bought separately (not from old Joystick) to my Arduino to learn the general concepts. And it works well! 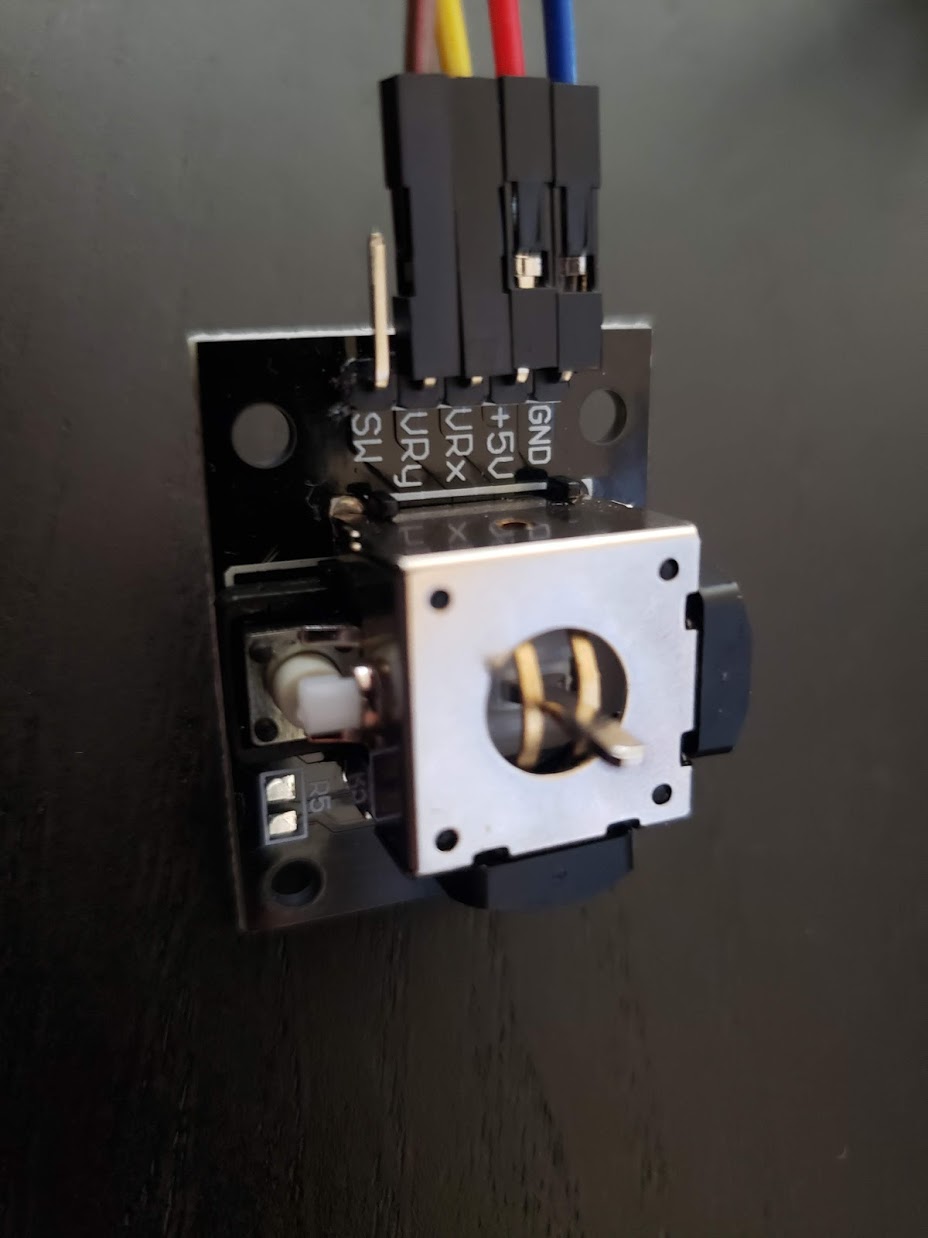 The code prints the correct X and Y values depending on the position of the Joystick.

Now to my problem: Instead of using a Joystick component, I'm trying to re-use the old slider potentiometers from the Joystick, so I don't have to construct a new Joystick rack. The potentiometers seem to be rated at 120k ohm (isn't that a lot?) and look like this:

However, I'm struggling getting it to work with my Arduino.

First question: The joystick component itself does not seem be anything else than two potentiometers, isn't it? Why does the Joystick (or any other normal potentiometer) need three pins connected (GND, 5v, and Out), but the sliding potentiometer that I took off the Joystick only had 2 connected? From Googling, I learned that 3 pins make the potentiometer a voltage divider and 2 pins make it a variable resistor. But I don't fully understand the difference. Don't both reduce the current?

Second question I tried testing the potentiometers to find out if they work at all. I set my multimeter to 200k and probing each of the cables coming off the potentiometer, the resistence would move between 0 and 134k as I move the slider. I also put one in series with an LED and a 220ohm resistor. The LED would dim but not gradually. It would only dim very slightly between 0-99% and be at full brightness when the slider is at 100%. Is that because the 120k potentiometer is too strong? Why would the resistance still not change gradually?

Third Question I tried hooking the potentiometer to the Arduino and see if it generates any data as I move the slider. I connected one end to GND and the other to A0. It doesn't generate any data. Is that because it is missing the third cable?

Fourth question As the potentiometer has three pins on each side, I was wondering if it simply needs a third pin connected. However, none of the pins are labeled so I tried all 6 different combinations to find out which combination makes the potentiometer working as expected (regulating voltage between 0 and 5V) This is how I tested it:

A1: PC joystick port measures basically resistance of the pot, or basically measures how long it takes to charge a capacitor, therefore it only needs 2 pins out of the slider, as the output is not voltage. Arduino analog input measures voltage and the joystick component outputs voltage.

A3: Arduino input measures voltages only, not resistances. Connecting the 2 wires of the linear pot between ground and Arduino input will always read zero voltage. You need to connect the unused third linear pot pin to 5V for it to give out a voltage reading.

A4: Because it is a linear pot meant for PC joysticks, it may only have two pins connected, so it may only be used as variable resistance, not a 3-pin voltage divider like a standard pot.

Also, Arduino analog inputs work best when source impedance is below 10k. The 120k pot as voltage divider would present a 60k output impedance, so readings may not be ao stable.

For the answers to my questions, check @JustMe's answer. But I'm also writing one that explains how I got everything to work.

After trying out different pins and frying one pot, I found the right combination of pins and got it hooked up and working with my Arduino :) Please correct me if made wrong conclusions anywhere.

How potentiometers work on the inside

I couldn't find anything on the internet on how 6-pin potentiometers are wired up. But this video really helped me understand how a potentiometer works on the inside: https://www.youtube.com/watch?v=1G11DbaUlec

It seems like some pots have 6 pins because they are essentially two pots in one. These are called dual-gang.

To test which pin is which

Don't test with Arduino, test with separate battery (e.g. 9V) to be safe!

Next, we are going to confirm that the voltage division works (since Arduino doesn't measure resistance, it measures voltage).

As you move the slider, the voltage should change from 0 to 9V. Also make sure, the whole thing doesn't get warm, or even worse, goes up in smoke like mine.

Now, you should be able to connect it to the Arduino like any other pot. - goes to ground, + goes to 5V, wiper goes to your analog pin (A0 in my case).

Not the answer you're looking for? Browse other questions tagged arduino multimeter potentiometer or ask your own question.