I deep discharged two 4 cell (2S2P) 7.2 V Lithium Thionyl Chloride battery packs each connected to a GPS tracker. I ran the two packs until each GPS tracker stopped communicating. (can't be certain what the cut-off voltage was). 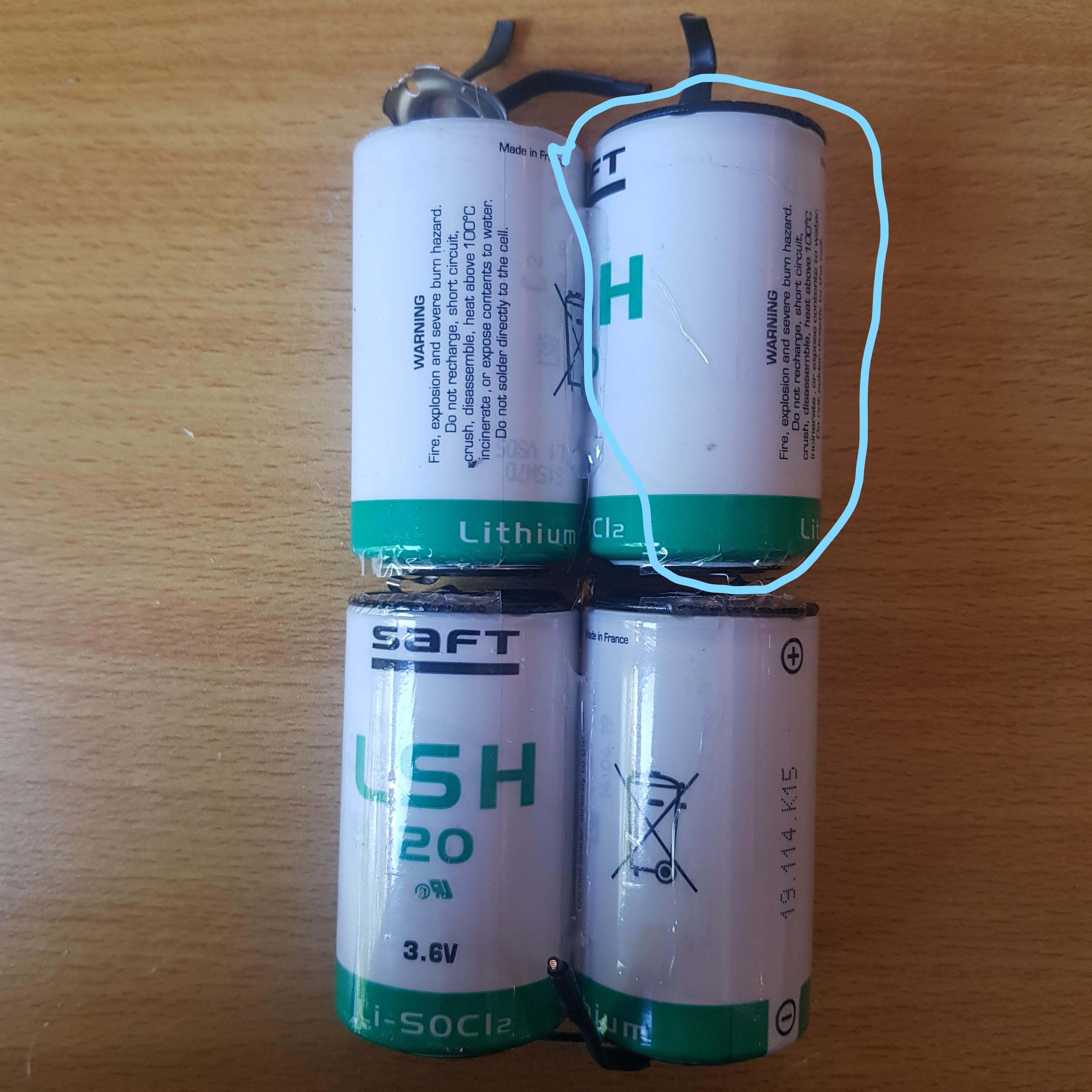 After retrieving the packs I noticed three batteries in each pack had about 15 mV and one connected to the positive cable had the normal 3.6 V (circled in the picture). All fuses were intact.

Are these normal voltages for a deep discharged lithium battery pack? I expected all cells to still be 3.6 as they usually recover after normal discharge conditions with a cut off of about 2.5 V. And why has one cell in each pack recovered to its full voltage?

I'm trying to understand the principles of how a pack like this discharges.

voltage batteries discharge over-discharge
share | improve this question | |
edited May 29 at 9:42
Karl Peters
asked May 29 at 9:25

More information and more measurements would help, and the following is only an educated guess, but probably 'has some merit'. The following contains a lot of "just maybe this happened", but just maybe it will provide some clues :-).

There are too many "it may be that's" to be certain, but LiSoCL2's very unusual sudden drop in voltage at endpoint seems a likely factor.

You say the batteries are arranged as 2S2P. This has two possible configurations - with and without the midpoints of the two x 2S strings joined. The photos shows metallic tabs where the mid points are adjacent - circled in red.

But your comments suggest that each 2S string may be joined at top and bottom only.
Knowing which configuration applies would help.

LiSoCL2 cells have a discharge wit time curve quite unlike that of most other battery chemistries. At constant current, battery voltage rises slightly with depth of discharge and then plunges extremely suddenly when the cell is almost depleted. 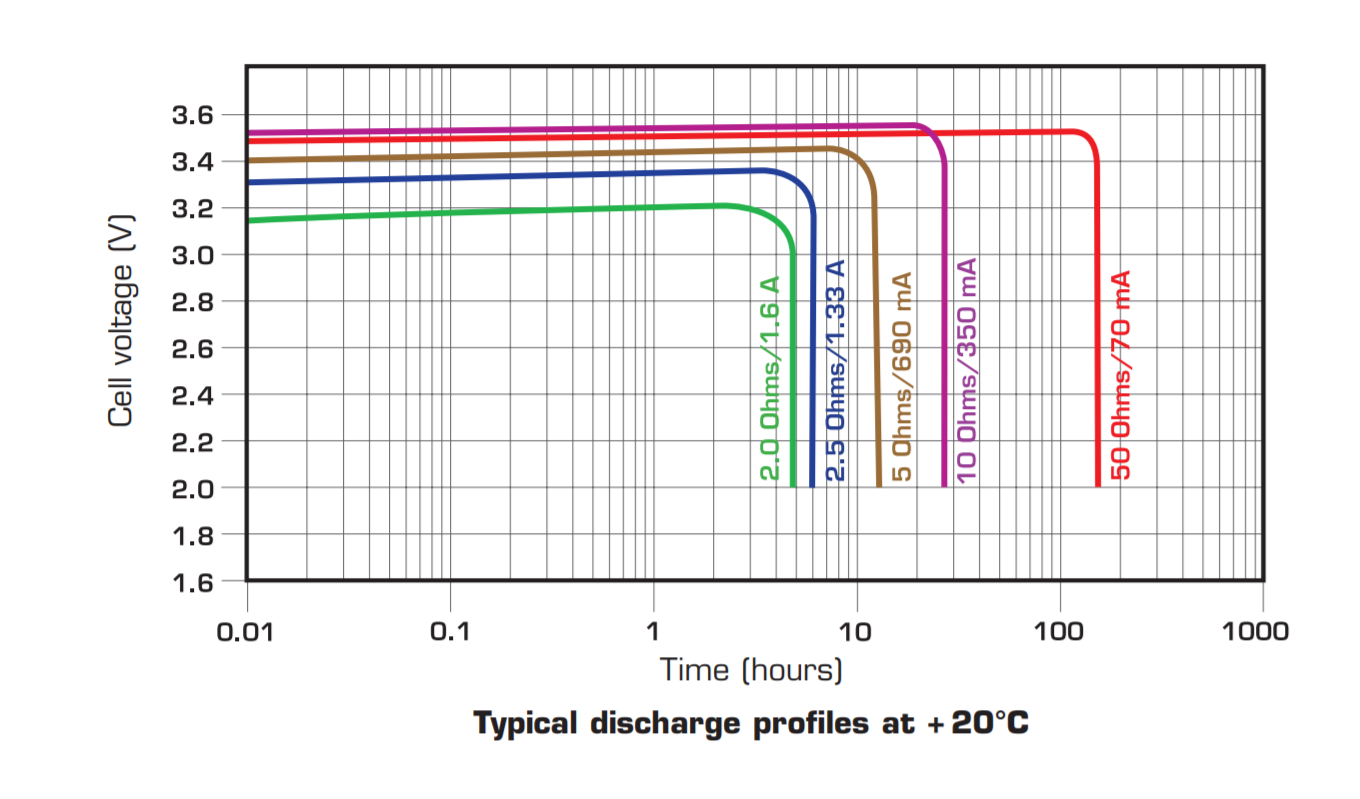 If a cell has slightly more capacity than one it is in parallel with or than the cells in a string in parallel with the string that it is in, then the sudden collapse of voltage in one string may lead to an imbalance which results in current flow between strings. Once the target load is removed the highest capacity cell may recover - possibly exacerbating the transfer of charge into the other string. If there is a small ongoing load (here, after the GPS stops working) this may clamp both strings to the voltage of the lowest string. While the cells are not meant to be "rechargeable" it is common for many chemistries to exhibit a limited charging capability. In some cases this is negligible and in others (eg Alkaline primary) can be substantial.

Not the answer you're looking for? Browse other questions tagged voltage batteries discharge over-discharge or ask your own question.