I'm trying to control my vintage amplifier from Raspberry Pi - I want to create a nice little Spotify streamer that on playback start will automatically turn on the amplifier and set the input selector(normally set to my mac). I have some success with it but I'm stuck on trying to figure out the protocol and wiring, thus my question. I'll start with writing up what I know so far.

I have succeeded controlling it through IR blaster wired to my Raspberry - it uses necx protocol and works well using gpio-ir device overlay. However it requires the blaster to be directed into IR receiver on the front plate of my amplifier and I'm not entirely happy with aesthetics. Putting it somewhere further in my room is also gimmicky. I'd like something more reliable and invisible.

The amplifier has 2 RCA remote control connectors on the back. I'd like to use them to communicate with my raspberry. I'm struggling to identify the protocol used there and therefore I'm asking here for help.

My amplifier is TEAC A-H500 - vintage device produced around 2000 year. It's a part of 4 separates that together create a hi-fi system. Remote connections are used to connect all 4 units together and control them from one remote control, using amplifier as signal receiver from it.

Originally I though that the RCA connectors use the same protocol as IR receiver, however after inspecting the schematics I think it's something else. I also tried wiring up IR receiver directly to these RCA but it didn't work. Here is a block diagram of internal wiring in the amplifier (complete schematics available in link above)

We can see here that both RCA connectors are wired as IN/OUT and connected to designated pins in the microcontroller. On the right you can see internal IR receiver. Worth noting that in and out use single, shared wire. Minus on the RCA is grounded. Remote control buffer unit is a set of transistors (bus in and bus out pins are connected through them to RCA, top wire on the diagram): 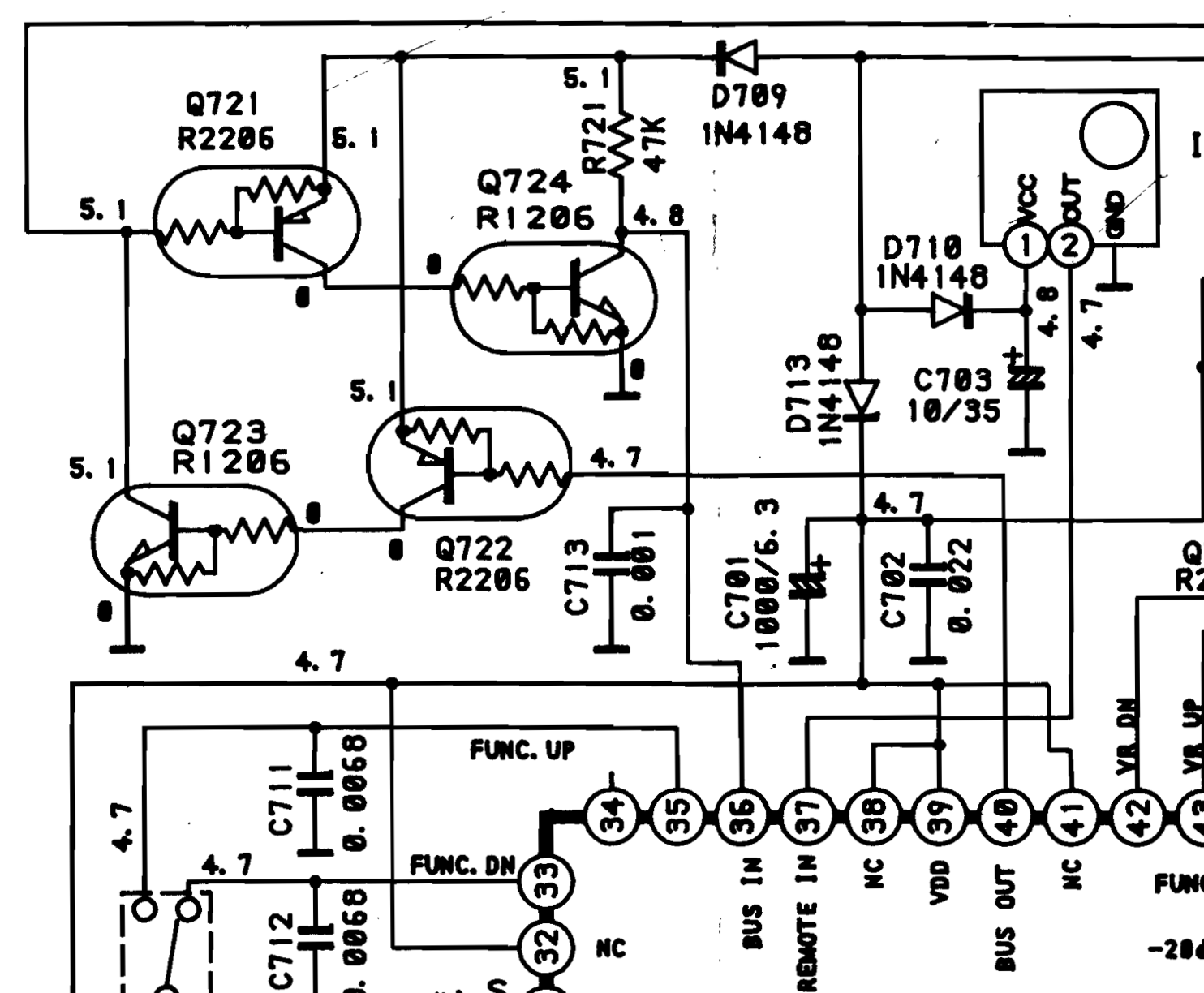 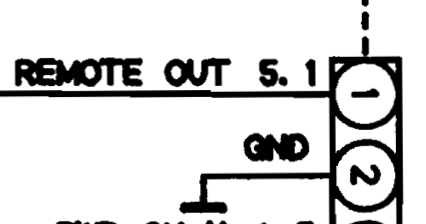 So my understanding is that RCA connectors are wired to the microcontroller separately from the IR receiver and therefore they might use a different protocol than the one used in IR communication. The microcontroller used in the amplifier is ANAM1187A. Unfortunately I couldn't find any data sheets online. However the amplifier is a part of the whole system so I tried investigating schematics of other separates from the system. And bang! The compact disc player uses a different chip which I managed to find online. My reasoning is that since they are a part of the same hi-fi system and are meant to be connected I can lookup details of this chip as well. TEAC PD-H500 is the player. Details, schematics available in service manual
The player uses SONY CXP82616 microcontroller which datasheet is available online.

Ok so now we have much more details. As a first step I'd like to read the data from the amplifier. Once that is successful then I'll attempt sending some signals. Therefore my understanding is that I need to reproduce INPUT circuit from above microcontroller with my Raspberry Pi, in order to read signals sent from the amplifier.

Here's a shoot from the compact disc player schematics. We can see that the input is connected to the pin 2 and marked as RMCI

After this lengthy introduction I can ask my question finally. How to wire this up and setup Raspberry to communicate with the chipset? What kind of protocol is that? Is this UART? Or maybe it's actually the same as on the ir but I just don't know how to modulate it? I don't have that much knowledge / experience with hardware so any advice would be helpful.

This isn't a direct answer to your question, rather an alternate way to solve your problem.

You could unsolder one of the remote control RCA connectors from the PCB, then replace it with a bulkhead RCA connector going to a 2-wire cable, then to an IR LED placed inside the amplifier right next to the amp's IR remote control receiver. Make sure the IR LED light shines on the IR receiver.

This would create an input port using the IR protocol, which you already know. Then simply feed IR protocol signal into the RCA, and it should work.

This should require no visible change to the amplifier.

Not the answer you're looking for? Browse other questions tagged microcontroller amplifier audio raspberry-pi protocol or ask your own question.