How the thyristor in a sawtooth generator reach its holding current? 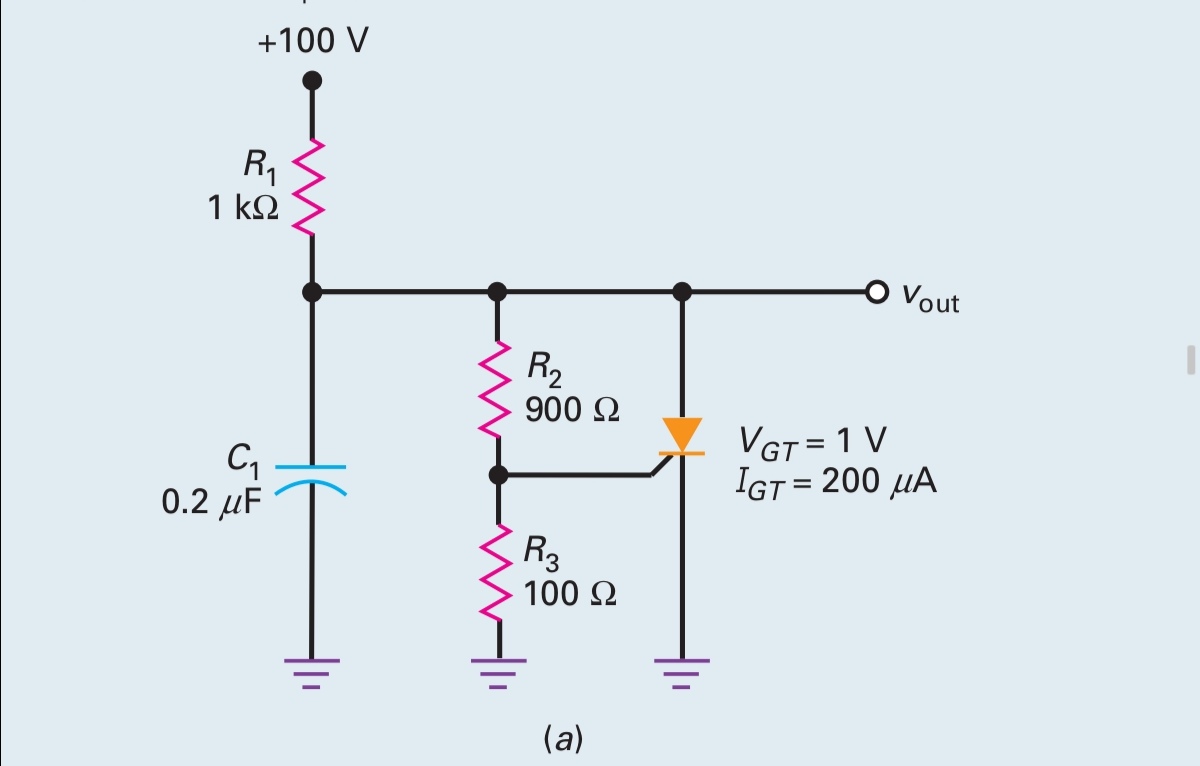 Question : "The thyristor turns off after discharging the capacitor", why would the thyristor reach its "holding current" and turn off when there is still a constant current coming from R1?

This current from R1 is approximately 100V/1kohm=100mA. Even if capacitor is fully discharged, this 100mA is enough to prevent the thyristor from turning off.

Since the thyristor act like a short(with small forward voltage), I thought current from R1 will short through thyristor thus the thyristor will never reach its holding current and will forever be on regardless how small the charge from the capacitor is. 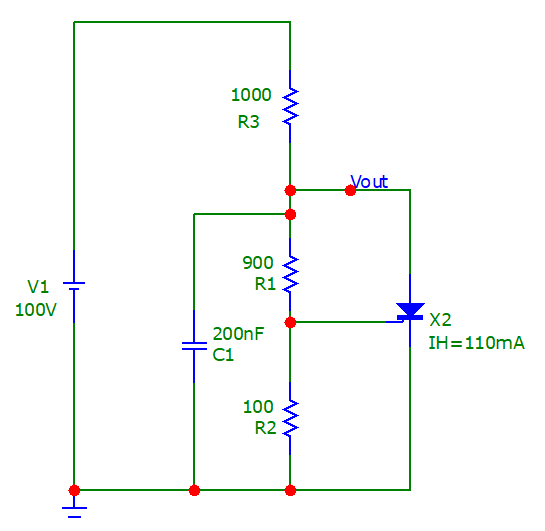 I think there is a great deal of justification in saying that the circuit in Albert Malvino's book: "Electronic Principles" (as portrayed in your question) is faulty. Of course I don't have that book so I can't tell you if there is some small print somewhere that says the holding current has to be above 100 mA for this circuit to work.

Not the answer you're looking for? Browse other questions tagged thyristor or ask your own question.