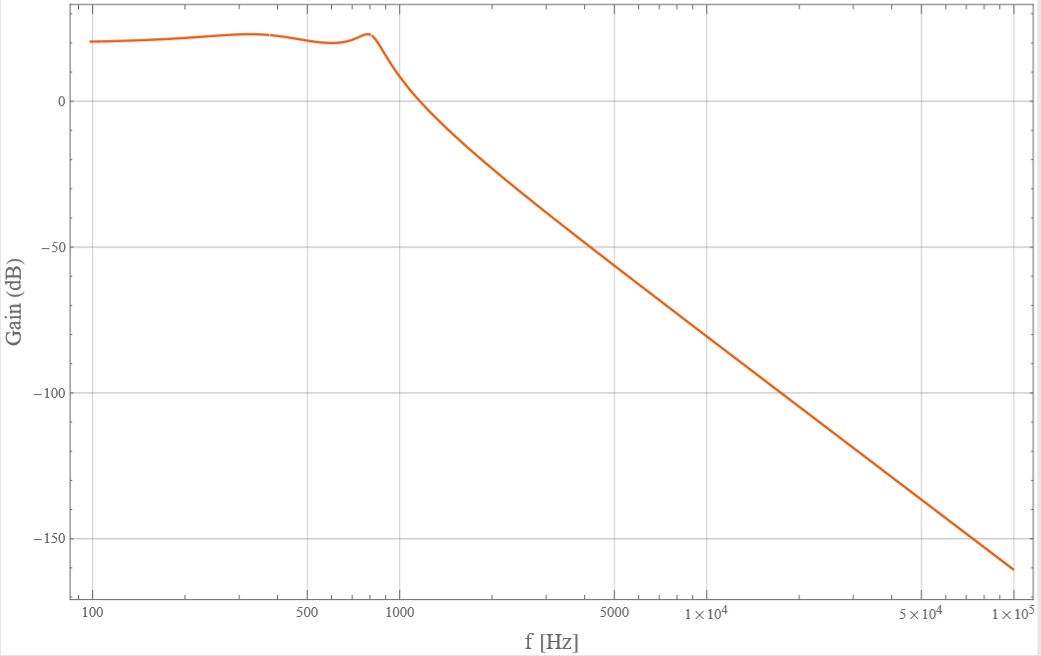 The result of the simulation is shown below. 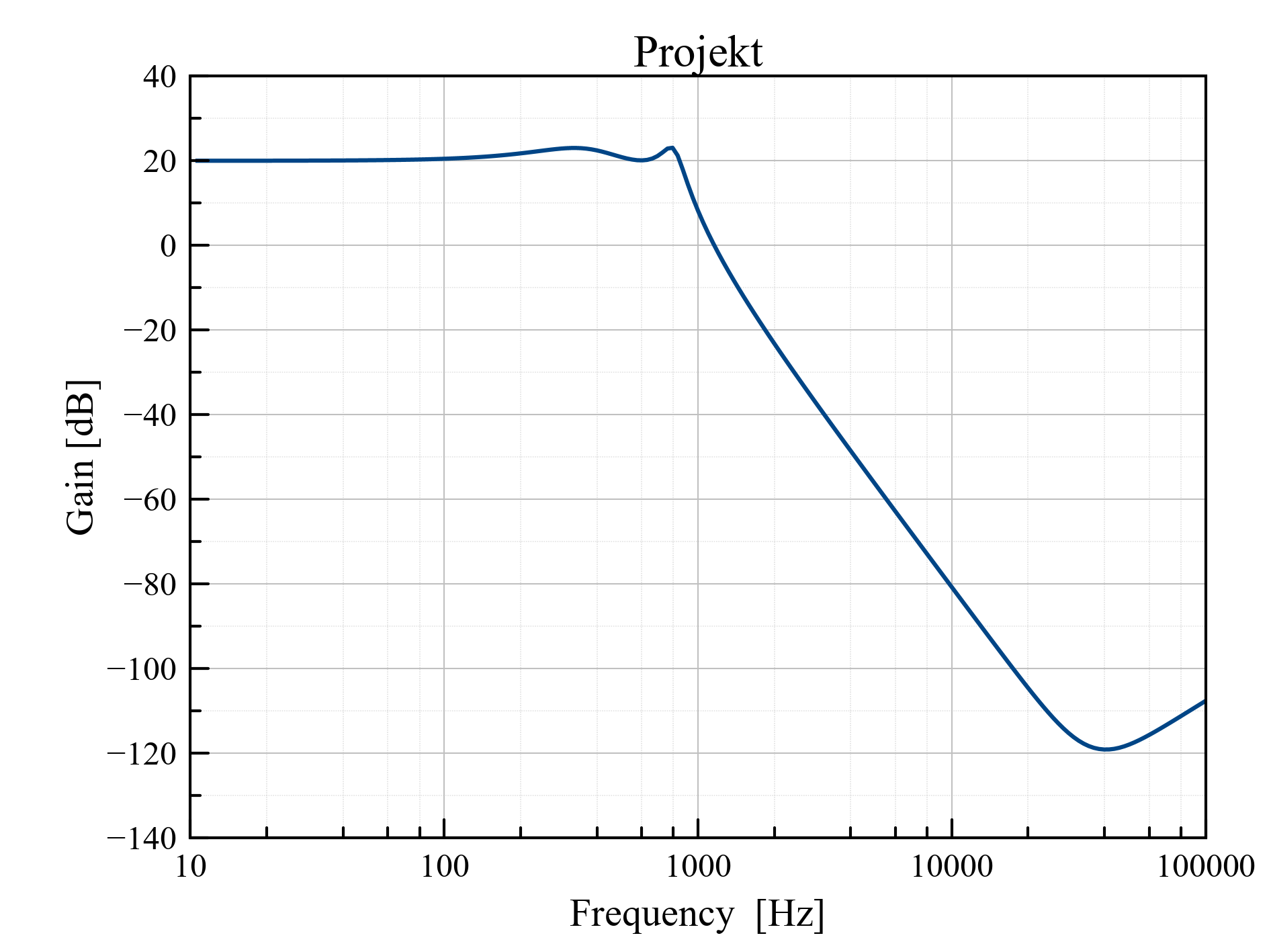 In higher frequencies like 1MHz gain continues to go up. The circuit was constructed based on the Sallen-Key scheme - schematics of the cicuit below.

Is that because of some capacitance effects ocurring in op-amps or something else?

Your sim uses the cranky old 741 op-amp and that device fails to become effective even as a unity gain amplifier around 1 MHz. You have about 20 dB pass band gain and so you are asking each 741 to roughly provide a gain of 3 and now the effective point where the 741 gives up the ghost is going to be around 300 kHz.

But, because your circuit is trying to produce a fairly high Q using the feedback capacitors C2 and C4, the new point in the spectrum where the 741 falls over is going to be about ten times lower in frequency i.e. circa 30 kHz.

Just ballpark numbers but you can prove this to yourself by using an op-amp with a gain-bandwidth product of 10 MHz or above.

Not the answer you're looking for? Browse other questions tagged operational-amplifier circuit-design filter gain sallen-key or ask your own question.